The integration of Unmanned Aircraft Systems (UAS) into civilian airspace presents the next frontier in the air transportation industry. And it is one that faces numerous technological, regulatory and public perception challenges as it moves forward towards its 2015 deadline.

According to a report from the Aerospace Industries Association (AIA) released in May, the integration of UAS into civil airspace is projected to generate $89 billion over the next decade. The report said the United States flies more than 1 million unmanned flight hours annually, and the Department of Defense operates more than 7,000 UASs; and that usage is expected to grow with integration into civil airspace.

FAA is targeting 2015 for integration of UAS into the National Airspace System (NAS), however that date will be hard to achieve due to the budget and regulatory challenges faced by the agency. There remains an issue of certification of new UAS technologies, and allocation of airspace for UAS to operate in alongside other commercial and private aircraft.

Additionally, securing the necessary bandwidth and electromagnetic spectrum for civilian UAS communications between the aircraft and the ground station is another matter the industry must overcome.

“This is an issue a lot of people don’t think about with UAS,” said George Novak, assistant vice president of civil aviation at AIA. “You’re looking at a feedback from the vehicle, of both avionics data, so you have position, engine speed, altitude, everything that’s coming back, that a pilot would normally have in front of him or her in the aircraft. All of that is being transmitted back and forth. At the same time, as we’re looking at a see-and-avoid mechanism, where you possibly have full video being transmitted from the aircraft — this requires an extensive amount of bandwidth, and this has not been contemplated in allocation of bandwidth as we’ve looked at it for other uses, such as cellular telephones, HD TV, radio communications and other things. Reallocation of the spectrum and that bandwidth is something that we’re examining both on the national basis through the FCC and on an international basis through the International Telecommunications Union (ITU).”

The U.S. government has presented the option of fixed satellite service to ITU, which is in abundance and can safely support projected growth of UAS over the next decade. Security issues can be addressed through hardware modification and design for UAS networks and encryption of the signal, according to Novak.

Other concerns expressed by lawmakers, stakeholders and airspace users have been the issue of how UAS will operate in the same airspace as commercial aircraft.

Novak said the deployment of NextGen, and the shift from radar to a satellite-based air traffic control system in the United States, will help to automate the allocation of airspace and traffic avoidance between UAS and manned aircraft.

Additionally, this will open up additional civilian applications for UAS, including crop surveillance, fire fighting, aerial photography and more.

“I don’t know that UAS manufacturers are really developing platforms with a specific market in mind, but I think that manufacturers understand that the United States and the world are going to be big users of unmanned aircraft, for a variety of reasons, sports and media coverage, real estate photography, weather monitoring, environmental monitoring and more,” said Gretchen West, executive vice president of the Association for Unmanned Vehicle Systems International (AUVSI). --Woodrow Bellamy III

FAA Administrator Michael Huerta said in June the ground infrastructure for the nation’s automatic dependent surveillance-broadcast (ADS-B) system will be ready for operations by next year.

“Ultimately, ADS-B will be an enabler of modernized air traffic control procedures that will provide very significant increases in the efficiency and capacity of National Airspace System (NAS) terminal airspace,” said Kefaliotis.

However, Huerta said the agency faces difficulties in deploying the ADS-B and other NextGen programs amid budget uncertainties, largely a result of the sequester.

“It would be easier to carry out our goals with a clear long-term fiscal solution sequester, continuing resolutions year after year make it a little more challenging for the continuity of NextGen programs,” said Huerta.

Rockwell Collins in June formed a joint venture based in China to produce avionics for the Commercial Aircraft Corporation of China’s (COMAC) C919 narrow-body passenger jet.

The joint venture will be based in the Wuxi Wuxi, Jiangsu Province of China.

A combination of components from Primus Epic and Primus Apex will provide the core functionality, safety and display content for the Pilatus Advanced Cockpit Environment (ACE), designed specifically for the PC-24, according to Honeywell.

“For our first twin jet, we wanted to make sure that the PC-24 had the latest avionics and technology to provide pilots with the safest flying experience possible. Through our work with Honeywell on the PC-12 NG, we know that Honeywell’s integrated flight deck products provide pilots with safety enhancements and technology that greatly increase operational efficiency and the overall flight experience. Therefore we decided to jointly develop the unique and customized Pilatus ACE focusing on the individual needs and requirements of the future PC-24 operator,” said Oscar J. Schwenk, chairman of the board at Pilatus Aircraft.

Pilatus said its PC-24 will have the ability to use very short runways, paved or unpaved, and will have a cargo door as standard. The cabin interior will be available in different configurations ranging from an executive layout with 6-8 passenger seats to a commuter setup with room for up to 10 passengers, or even combi-versions with ample space for passengers and cargo, right through to special installations for emergency medical flights.

The PC-24 will take off on its maiden flight by the end of 2014. FAA and EASA certifications are planned for 2017.

Eclipse Aerospace will use the FreeFlight Systems RA-4000 radar altimeter system as standard equipment for the new production Eclipse 550s, the company said in May.

The system, which integrates with the Avio Integration Flight Management Systems, includes the RAD-40 panel-mounted display for altitude pre-select and altimeter readout and an audio alerting for altitude and other aircraft conditions.

“The precision and quality of the FreeFlight Systems radar altimeter make it an excellent match to complement the advanced avionics of the Eclipse 550 jet,” said Mason Holland, Eclipse Aerospace CEO. “It also fits our comprehensive approach to making the Eclipse jet the most efficient and the most technologically advanced solution for business and personal transportation.”

“The high performance of our Radar Altimeters coupled with their small size, easy installation and seamless integration with the Eclipse 550 jet will provide real benefits to Eclipse Aerospace and its customers,” said Tim Taylor, president and CEO of FreeFlight Systems.

In other Eclipse news, the aircraft in June received South African type certification for the 500 and 550 series aircraft

Ã¢Å¾Â¤ Thales will incorporate MAINtag radio-frequency identification (RFID) tags on its new in-flight entertainment systems on Airbus A350 XWB, A380 and new Boeing aircraft. The FLYtag nano tags will be placed on new video displays and some servers. MAINtag is providing the tags as part of a software package for Thales, including its MBOIpad AT2 reader and FLYtag Manager.

An article in June’s edition of Avionics Magazine incorrectly identified Kris Ganase. He is the president of L-3 Aviation Products. 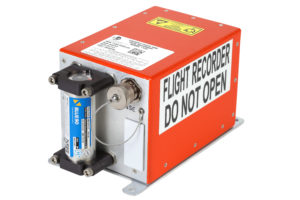