[Avionics Today 08-26-2015] According to the latest Airbus Global Market Forecast (GMF), the Russia and surrounding Commonwealth of Independent States (CIS) air passenger market will more than double in the next 20 years. The report projects the demand for more than 2,000 aircraft by 2034, compared to the 922 in operation today to meet the countries’ growing demand for air travel.

Airbus’ forecast shows that more than 1,280 of these aircraft will be new deliveries, valued at $150 billion, comprising 1,100 single-aisles, 160 twin-aisles and 24 very large aircraft. These additional aircraft will satisfy both fleet replacement needs and future growth for the intra-regional CIS and international market.

Airbus’ GMF projects that, in the next 20 years, airlines in the Russia and CIS region will continue to renew their fleets by introducing more new fuel-efficient models, while gradually phasing out older and second hand aircraft. The region’s economy will gain positive momentum and grow yearly at 2.4 percent in the coming 20 years, with some countries, such as Uzbekistan and Kazakhstan, demonstrating a higher annual growth of around 4 to 5 percent.

“We forecast traffic growth in terms of Revenue Passenger Kilometers (RPK) to, from, and within the Russia and CIS region to increase at 4.8 percent per year on average over the next 20 years, which is above the world average of 4.6 percent. The region’s highest traffic growth is expected to be on international destinations to the Middle East (up 6.6 percent), followed by traffic to Asia-Pacific (up 5.9 percent) and Latin America (up 5.3 percent),” said Christopher Buckley, Airbus executive vice president sales.

Boeing On Time, On Budget for Super Hornets, Growlers 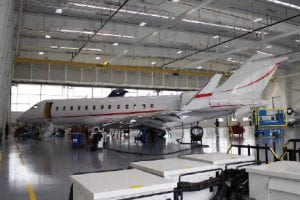