FAA on Friday announced its decision to delay an ongoing safety assessment of the use of personal electronic devices (PEDs) during all phases of flight on commercial aircraft.
In January, the agency assembled a government-industry aviation rulemaking committee (ARC) tasked with determining the safety risks associated with expanding the in-flight use of PEDs on commercial flights. The ARC is comprised of representatives from FAA, aircraft manufacturing companies, pilot and flight attendant groups, airlines and mobile technology experts.
The group was originally scheduled to submit recommendations on the rule at the end of July, however the agency is extending the deadline until September, according to a statement posted to its Facebook page.
"At the group's request, we have granted a two-month extension to complete the additional work necessary for the safety assessment," the agency said Friday.
Currently, passengers are prohibited from using PEDs during takeoffs and landings, as officials still believe that the radio frequencies emitted from the devices cause interference with critical aircraft systems during those times.
However, the agency has received criticism over the last year from passengers who believe the policy is outdated, especially as more carriers introduce iPads and other electronic flight bag devices into the cockpit for pilots to use as flight manuals.
Sen. Claire McCaskill (D-Mo.) has voiced her opposition to the policy in recent months, even threatening to introduce legislation forcing the agency to expand the use of PEDs if action is not undertaken by the end of the year.

"It’s good to see the FAA may be on the verge of acknowledging what the traveling public has suspected for years—that current rules are arbitrary and lack real justification. In the meantime, I’ll continue my effort to have these regulations rigorously examined until scientific evidence has been presented to justify them, or the rules are altered," McCaskill said Friday, reacting to several news reports stating that the ARC will recommend the expansion of PED usage for passengers. 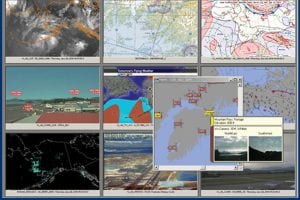