Satellite-based global air traffic surveillance provider Aireon finalized a long-term commercial data services contract with Canada's civil air navigation service operator Nav Canada. Aireon is a joint venture between Nav Canada and Iridium Communications.
"Nav Canada believed in Aireon so much, even from the start, that they expressed their intent to not only be a partner in the project, but also to be a customer. Nav Canada  operates some of the busiest oceanic airspace in the world, making them an ideal customer for the service that Aireon provides – global, pole-to-pole air traffic monitoring capabilities," said Ashley Eames, a spokeswoman for Iridium.
Aireon expects to pay $200 million in hosting fees to Iridium for the integration and launch of its automatic dependent surveillance-broadcast (ADS-B) receiver payloads on the Iridium NEXT satellites, scheduled for initial launch in February 2015. The entire Iridium NEXT satellite constellation is scheduled for completion in 2017.
Harris, who was awarded FAA's Datacomm contract as part of the implementation of NextGen, is currently in the process of building the ADS-B received payloads that will fly on Iridium NEXT satellites.

“The services provided through Aireon represent great value to the airlines and ANSPs,” said John Crichton, president and CEO of Nav Canada. “The transformational impact that space-based aircraft surveillance will have on aircraft operations is expected to result in more than $125 million per year in fuel savings through more efficient flight paths in the North Atlantic alone." 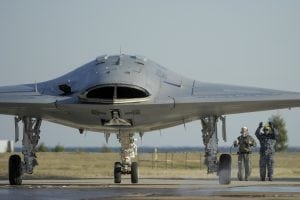 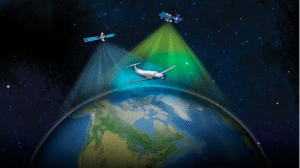 L-3 to Provide Recorders for CSeries