Eclipse received an original PC for the 550 in 2012 to manufacture the jet under direct FAA oversight of flight test and certification phases. The new PC allows the company to flight test and grant airworthiness certificates under its own FAA-approved quality assurance system. The new jet features a dual Avio IFMS avionics suite and owner selected options for synthetic vision, auto throttles and brakes.

“The results from our multiple FAA audits clearly indicate that EAI's production and quality systems are among the elite in the industry. We have 550s moving down the production line in Albuquerque, and armed with our full green light from the FAA for final assembly and test, we are on our way to delivering jets this year,” said Holland.

New production 550s are scheduled to begin delivery in the third quarter of 2013. More 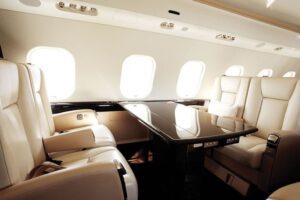