Honeywell is forecasting relatively flat growth in business jet deliveries in the next year, with the market still dampened by the sluggish global economy and slower-than-projected demand.

In its highly anticipated forecast released on the eve of the National Business Aviation Association (NBAA) conference in Orlando, Fla., the Honeywell Business Aviation Outlook is predicting 10,000 new business jet deliveries worth about $250 billion from 2012 to 2022, a 9 percent increase in terms of dollar value from last year’s forecast. The 9 percent comes from pricing increases and a change in expected jet mix toward larger business jet models; the number of aircraft forecasted is roughly the same as last year. The company sees 2012 deliveries of about 680 to 720 business jets, a single-digit increase over levels reported in last year’s forecast.

“Next year’s totals are anticipated to be of similar magnitude, reflecting the protracted nature of the global economy,” said Rob Wilson, president, Honeywell Business and General Aviation. “Over the medium term, a return to historical growth conditions supported by globalization, wealth creating in developing nations and new aircraft development should boost orders and support accelerated growth beginning mid-decade. Despite the economic challenges our industry has been dealing with for the past 40 months, we believe some progress is being made.”

While he said 2011 is expected to be the trough, Wilson added Honeywell does not see the industry returning to pre-recession, 2007 levels in its 2012-2022 forecast period.

In the report, 30 percent of the 1,500 global operators surveyed have planned to purchase a new business jet over the next five years, either as a replacement of an older aircraft or an addition to the fleet. Wilson said the top answers for the motivations to buy a particular aircraft model were more range, larger cabin and newer technology.

“The trend toward larger cabin aircraft with ever-increasing range expectation and advanced avionics continues to be reflected in this year’s survey,” Wilson said.

While North America still accounts for more than half of worldwide sales, the report showed robust demand in developing nations, more specifically, Brazil, Russia, India and China (BRIC). In the BRIC nations, 46 percent of respondents had five-year buying plans. In Latin America, 18 percent of the global demand will be coming from that region, which Wilson attributed to robust economies and a “vibrant installed base” and the age of the installed base.

Asia-Pacific five-year aircraft demand dipped slightly this year, but Wilson said, “it is critical to understand that demand from this part of the world remains well above the world average, and we do not believe the 2012 results represent in any way a change in the region’s fundamental underlying growth drivers to commitment to business aircraft.” 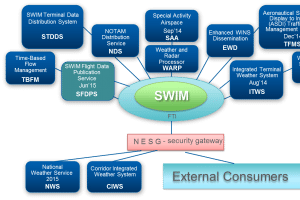 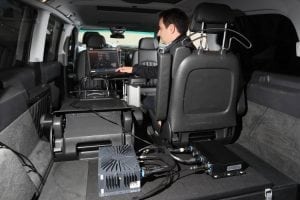