Aerospace Industries Association (AIA) President Marion Blakey reacted to the vice presidential debate discussion of sequestration on Thursday, saying it will take bipartisanship in Congress to resolve the sequestration issue.

“While it is important that tonight’s debate addressed sequestration and the looming budget cuts, it is clear however, we still need critical bipartisan consensus in resolving the issue. With 2.14 million jobs at stake, the trillion dollar budget sequester must not be allowed to stand,” said Blakey.

Sequestration refers to the $1.2 trillion in cuts to spending on U.S. military and other key government operations scheduled to occur in January unless Congress provides a re-structured federal deficit reduction plan.

During the debate between Vice President Joe Biden and Republican vice presidential candidate Paul Ryan, Biden made reference to Ryan’s past support for the sequester and admitted that the Obama administration does not want the cuts to occur in January.

“Look, we don't cut it. And I might add, this so-called -- I know we don't want to use the fancy word 'sequester,' this automatic cut -- that was part of a debt deal that they asked for,” said Biden.

Blakey and AIA have been strong advocates calling on Congress recently to prevent sequestration from occurring. In August, Econsult released a report that predicted FAA’s $15.9 billion budget would be reduced by $1 billion annually over the next nine years as a result of sequestration.

“Thoughtless across-the-board cuts to defense and non-defense discretionary spending of this magnitude are a clear and present danger to our national security and economy. Both candidates must recognize how immediate and severe the risk is with less than 90 days to go before the sequestration pin is pulled. As the Congressional Budget Office and Federal Reserve Bank warn of a “fiscal cliff” and America’s credit hangs in the balance, it's long past time for our leaders to clean up the sequestration mess,” said Blakey.

The former FAA administrator also recently stated in an interview with Avionics Magazine that sequestration could impact FAA’s ability to fully implement the Next Generation Air Transportation System by its targeted 2025 completion date. 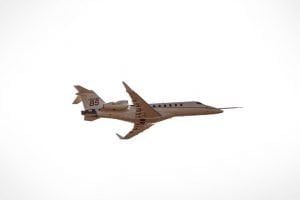