Etihad Airways and its partner Quovadis are bringing performance-based navigation to the Middle East, having performed the region’s first Required Navigation Performance–Authorization Required (RNP-AR) approach to the Abu Dhabi International Airport in May.

“The main reason behind the implementation of the RNP-AR approach was to reduce fuel consumption and carbon emissions,” Capt. Richard Hill, Etihad Airways chief operations officer, told Avionics Magazine. “By redesigning the horizontal and vertical flight paths of flights coming from the west, this new technology will reduce noise overflying the city of Abu Dhabi and optimize fuel consumption. Taking

into consideration that we will fly hundreds of flights per day into Abu Dhabi, this will also significantly improve operational efficiency and reduce CO2 emissions.”

Etihad estimates fuel consumption will be reduced between 100 kg and 200 kg per approach, which, in turn, will result in a reduction of CO2 emissions by at least 20,000 tonnes per year.

Etihad, which contracted with Quovadis last year to develop the procedures, updated the Multimode Receivers of some of the Airbus aircraft to perform the approaches.

Etihad said the procedures will be published in July and flown on a daily basis pending approval from the United Arab Emirates regulatory authority. Other airlines will also be able to fly these procedures, provided they have received the proper operational approval from their authorities.

“Changing airspace and bringing new concepts is always very challenging and here this has been achieved through cooperation and coordination. Indeed, the team in Abu Dhabi is committed to bring what is best to their airspace,” said Sebastien Borel, Quovadis’ commercial director.

The airline said it is planning on expanding its RNP-AR program, both with regards to the model of aircraft flying the approaches and the number of airports for which procedures will be developed.

“The Airbus A330 demo flight was our first flight, and the A320, A340 and B777 will surely follow,” Hill said. “We are looking at other airports in Africa, the Sub-Indian continent and Asia.”

Rockwell Collins President and CEO Clay Jones called on the aviation industry to step up its creation of public-private partnerships in order to accelerate the implementation of FAA’s multi-billion-dollar NextGen airspace modernization initiative.

In his keynote address at the RTCA Symposium in Washington, D.C., on June 5, Jones said the industry must think differently in order to achieve the “monumental goal” of modernizing the airspace by 2020. “We know if we don’t reach our goal the result will be overcrowded skies, airports that will face recurrent delays,” he said.

Jones outlined the bright spots in NextGen implementation, namely the passage of the FAA reauthorization bill earlier this year, which provide stability for many NextGen programs to advance and sets the framework for the integration of civilian unmanned aircraft systems into the National Airspace System. However, the not-so-bright spots in NextGen implementation include the uncertainty surrounding the U.S. economic recovery, the presidential elections, unemployment and the federal deficit.

“In the reauthorization legislation, Congress did give us some control and authority to think differently, calling on public-private partnerships aimed at accelerating NextGen,” Jones said. “This approach asks the government to do what is does not normally do, but, folks, these are not normal times, and we need different solutions. Congress is actually encouraging this type of thinking. And it is largely within our control to do something about it.”

He used the U.S. ground infrastructure as an example, where highways, bridges and tunnels — owned or operated by private industry — have increasingly been used as alternatives to the long-standing tradition of government ownership. He also cited an array of public/private partnership agreements that have helped eliminate maintenance expenses, mobilize new highway-building funds without raising taxes and meet transportation modernization needs more efficiently. — Emily Feliz

Embry-Riddle Aeronautical University (ERAU) and ITT Exelis entered into a licensing agreement for Exelis to provide its real-time, integrated Next Generation flight-tracking data for the university’s academic research and analysis.

“The agreement with Exelis permits Embry-Riddle’s faculty, staff and students to evaluate, analyze and research air traffic control-quality surveillance in real time. This level of unique access to Exelis NextGen surveillance information means that Embry-Riddle researchers can investigate a number of areas, including safety and efficiency, among other applications,” said Steven Hampton, associate dean for research, College of Aviation, at Embry-Riddle’s Daytona Beach, Fla., campus. “We are pleased to expand our relationship with Exelis and assist in developing NextGen-powered solutions.”

Among Embry-Riddle’s potential uses of the surveillance data:

Ã¢Å¾Â¤ Long-term studies of actual traffic patterns and procedures could improve the understanding of the effects of weather on the National Airspace System (NAS) and how to integrate UAS and commercial spaceflight operations into the NAS.

LightSquared, the Reston, Va.-based company at the center of the GPS debate, in May declared Chapter 11 bankruptcy in order to give it time to resolve regulatory issues that have prevented it from building its nationwide broadband network.

“The voluntary Chapter 11 filing is intended to give LightSquared sufficient breathing room to continue working through the regulatory process that will allow us to build our 4G wireless network,” said Marc Montagner, interim co-chief operating officer and chief financial officer of LightSquared. “All of our efforts are focused on concluding this process in an efficient and successful manner.”

Aviation groups and others have lobbied strongly against the LightSquared proposal, citing concerns about its potential to interference with the GPS network, and the rollout of the FAA’s NextGen initiative, which relies heavily on GPS.

The company said it expects to continue normal operations throughout this process.

“LightSquared intends to work with all key constituents to conduct an orderly restructuring process to maximize its asset value and to exit Chapter 11 in the quickest and most efficient manner possible,” the company said in a May 14 statement.

Ã¢Å¾Â¤ The Defense Advanced Research Projects Agency (DARPA) has selected Rockwell Collins to develop the synthetic vision avionics backbone for next generation helicopter operations under the Multi-Function Radio Frequency program. Rockwell Collins is teamed with BAE Systems on the first two phases of the $5.1 million contract. An optional third phase would bring the contract value to $6 million.

Ã¢Å¾Â¤ Thales was selected by the Civil Aviation Authority of Panama (AAC) to deploy air traffic management systems, including TopSky, for en route and approach segments of the country’s airspace. Thales will supply TopSky ATC, its associated TopSky Simulator (for the training of Panamenian Air traffic control officers), Aeronautical Message Handling System and Thales Aeronautical Information Management System. All this will be housed in a 3,300 square meter building.

Ã¢Å¾Â¤ Row 44, of Westlake Village, Calif., closed a $45 million round of financing, led by in-flight content provider Advanced Inflight Alliance (AIA), of Munich, and included participation by PAR Capital Management, an investor in all of Row 44’s institutional funding rounds.

Eclipse Aerospace in June marked the beginning of initial production of its Eclipse 550 twin-engine jet, with deliveries expected to begin next year. Eclipse, based in Albuquerque, N.M., said it plans initial low-volume production with the first aircraft taking about 12 months to complete as the balance of the production line is re-tooled and validated during the process. Full production for an estimated 50 to 100 aircraft per year is expected in 2014. In April, the company was awarded FAA production certification for the aircraft, which allowed Eclipse to manufacture the aircraft and its parts in conformance with FAA-approved type design. 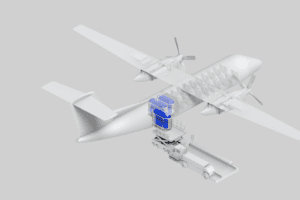 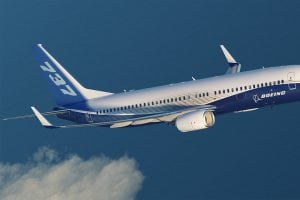