Boeing subsidiary Insitu, the recipient of the Avionics Magazine Corporate Award, is doing more than its part to ensure the success of women in science and technology careers.

The Bingen, Wash.-based company, which designs, develops and manufactures unmanned aircraft system (UAS) and provides associated services for commercial, civil and defense applications, has active intern and mentorship programs for college students and young female professionals. The women who lead Insitu’s intern program actively seek out female college students who want to join the workplace and who may not be sure how to get there.

Insitu travels around the United States visiting college students at engineering or female-focused schools, speaking to engineering classes, unmanned aircraft system classes and engineering student organizations with the intent of trying to infuse the passion of engineering into their systems. “We feel this is a great way to connect with women seeking engineering positions and provide them with a great start on their engineering career,” the company said.

Under the Insitu’s intern program, each intern is matched with a mentor who shares the intern’s degree or area of interest. Interns receive one-on-one mentorship and participate fully in the daily duties of an engineer or UAS operator. Female interns are partnered with female mentors. “Students learn that if they are willing to take the ride, Insitu will show them the way,” according to the company.

The interns are encouraged to participate fully in the company’s activities and invited to suggest new ideas or strategies. For example, a female high school student who was interested in electrical engineering was presented with a challenge that drove her to invent a tool that shortened the task removing Insitu unmanned aircraft from the vertical arresting cable used in the recovery system to just a few seconds. Her mentor was so impressed with her ideas that the intern was asked to draw up the tool. Later, she was allowed to lead the development and manufacturing of the tool from beginning to end. This tool was then deployed to the field. This student has returned as a college student. One of Insitu’s aeronautical engineers joined Insitu as a mechanical engineer. Two years ago, Insitu hired her. Last year, she mentored a female college intern. The intern/mentor relationship trains future women managers as they pay their experiences forward to the interns they mentor.

In 2011, 34 percent of Insitu’s interns were female. Insitu’s intern program is currently featured on the AUVSI’s foundations website to showcase the company’s success in this area.

“Insitu views interns as prospective employees who continually infuse fresh talent and ideas into company culture. Many of the ideas that led to Insitu’s ScanEagle UAS amassing more than 580,000 combat flight hours faster than any other tactical UAS came from empowered college and high school students alike,” the company said. “We have more women entering the field now than in previous years and feel that it’s only going to keep growing.”

Beyond the Intern program, Insitu also conducts two job shadow days for local high school students each year. The schools choose students, usually juniors and seniors, who can most benefit from the program. The students shadow an employee in the department of their interest. During the day, the CEO speaks with them. The goal is to spark an interest in science, technology, engineering and math education. At the end of the day, the students meet with an Insitu human resources representative to ask questions and learn how to interview and write a resume. 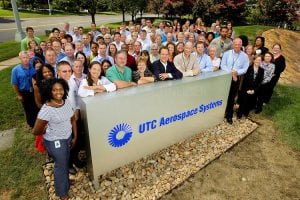