In January, Saab Sensis won the five-year Airport Surface Surveillance Capability (ASSC) program contract, which essentially extends the ASDE-X program to an additional nine airports, minus the surface movement radar in the ASDE-X system. There are two options for the ASSC program — to expand to an additional eight airports with the same type of ASDE-X system and an option to extend to 50 more airports with just the automation portion which would tie into the ADS-B sensors.

“It’s extending the footprint of the ASDE-X system and giving those other airports the safety benefits of preventing runway incursions,” Ken Kaminski, vice president and general manager of Saab Sensis, told Avionics Magazine.

Beyond ASDE-X, the company said it has seen an uptick in the adoption of its wide area multilateration (WAM), as more countries, airports and air navigation service providers look to create more efficiency, reduce costs and improve operations. WAM uses multiple, non-rotating sensors to triangulate aircraft location based on transponder signals.

“[Multilateration] can be a cost-effective way to do surveillance over a traditional radar systems. … It has advantages in rough terrain,” Kaminski said. “The awards last year of nationwide WAM systems in Sweden and Austria to us got the attention of a lot of people around the world that this may indeed be a good technology to use for surveillance.”

At ATC Global in March, Saab Sensis said it was selected to deploy its WAM system for surveillance of flights operating in close proximity of the Lotte World Tower being constructed near Seoul Air Base, Seoul, Korea. Saab Sensis will provide WAM surveillance to Republic of Korea Air Force air traffic controllers with the first operational deployment of conflict detection and alerting capabilities for a WAM surveillance system, according to the company.

“If you look at the [WAM] applications we’ve done, some are for nationwide surveillance, some are for precision runway monitoring … this is another unique application in Korea, on an approach to a military airfield,” Kaminski said.

Other WAM contracts in recent months include systems in Kyrgyz Republic, Canada and the North Sea. — Emily Feliz

“ATM is facing real challenges ahead to manage the continued increases in air transport, improve safety, increase capacity and reduce air transport’s impact on environment,” said Remi Gille, vice president, air traffic management at Thales. “With this rebranding, Thales aims at communication on its new automation solutions range, integration the latest technology features and offering to all of our customers evolutionary and cost-effective solutions within a unique worldwide product strategy.”

Thales said TopSky’s modular and flexible architecture will allow it to comply with future SESAR and NextGen regulations. After the conference, Thales announced Aruba will deploy the TopSky system at Orangestaadt “Queen Beatrix International” Airport.

SITA and Egis of France were selected by U.K. air navigation service provider NATS to provide data link front end processor (DL-FEP) and Pro-ATN routers. This will enable NATS, which services aircraft flying in U.K. airspace and the eastern part of the North Atlantic, to meet the European Commission’s 2013 deadline for the implementation of controller pilot data link communications (CPDLC) across Europe.

The DL-FEP and Pro-ATN systems will be deployed at NATS’ area control centers at Swanwick, Prestwick and its corporate and technical centre in Whiteley. The DL-FEP, which was jointly developed by SITA and Egis Avia, will connect the NATS flight data processing systems via VHF data link networks with aircraft systems using CPDLC. It acts as a data link communication gateway, enabling the NATS air traffic control system to seamlessly communicate with both FANS (future air navigation systems) and ATN (aeronautical telecommunication network) equipped aircraft.

FAA, industry partners and a group of U.S. airlines, including Delta Airlines and US Airways, in February launched the Metroplex initiative, part of the Next Generation Air Transportation System, in Atlantic and Charlotte, N.C., in an effort to make air traffic control more efficient and help airlines improve on-time performance.

“The Federal Aviation Administration and aviation industry are teaming up to make some of the busiest airspace in the world also the most efficient,” said FAA Acting Administrator Michael Huerta. “The end result for travelers will be fewer delays, quicker flights and an even safer, greener flying experience.”

“Delta is committed to working with key stakeholders to design and implement efficient procedures that benefit our customers and the communities surrounding the Atlanta Metroplex,” said Steve Dickson, Delta senior vice president, flight operations. “Delta applauds efforts that through technology allow us to reduce our environmental impact setting the stage for the evolution to NextGen.”

Ã¢âÂ¶ Boeing signed a memorandum of understanding (MOU) with Elbit Systems of America to support the development of advanced avionics capabilities in Brazil. Elbit will provide the Large Area Display system that will be part of an advanced cockpit system on Boeing fighter aircraft, including the F/A-18E/F Super Hornet and the F-15 family of aircraft, including the Silent Eagle. Also, Elbit has committed to investing in the development of advanced cockpit avionics capabilities at its subsidiary in Brazil, AEL Sistemas S.A. of Porto Alegre.

The MOU outlines opportunities for AEL Sistemas to participate in the design, development, production and support of some Large Area Display software and hardware.

Ã¢âÂ¶ AeroVironment, based in Monrovia, Calif., received an $11.1 million contract award from the Army for Army, Marine Corps and Foreign Military Sales contractor logistics support for Raven unmanned aircraft systems (UAS). The logistics support services are scheduled to be delivered through Feb. 28, 2013. The RQ-11B Raven unmanned aircraft is a 4.2-pound, backpackable, hand-launched sensor platform that provides day and night, real-time video imagery for “over the hill” and “around the corner” reconnaissance, surveillance and target acquisition in support of tactical units.

Ã¢âÂ¶ Lockheed Martin received an indefinite delivery/indefinite quantity Sniper Advanced Targeting Pod (ATP) Post Production Support (PPS) contract from the U.S. Air Force. The potential value of the contract over a seven-year period is $841 million. This PPS contract, to be awarded incrementally over five years with two single option years, covers a variety of upgrade activities for the legacy Sniper ATP fleet, including hardware and software upgrades and platform integration, which may include transition of legacy pods into the Advanced Targeting Pod-Sensor Enhancement configuration. Additionally, the PPS contract may include spares, technical data and studies, and the support of organic depot requirements for Sniper pod sustainment.

Ã¢âÂ¶ Sagem signed a contract with SIMMAD, the French Air Force Support Organization, on behalf of the French Ministry of Defense, to provide in-service maintenance for the Sperwer tactical unmanned aerial system deployed by the French army, the companies announced Monday. The contract covers all maintenance, repair and technical support services for systems in service with the army until 2014, Sagem said. Financial terms of the contract were not disclosed. 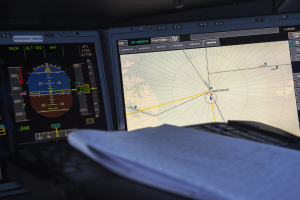 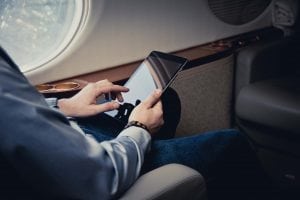 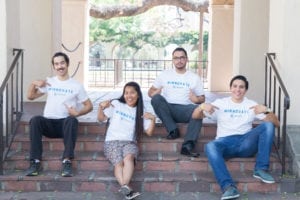