Aircraft batteries, like the batteries in our personal electronic devices, deteriorate over time and with use. Various tests must be performed to determine if the battery systems are still capable of performing as expected.

There are two basic tests capacity and charge acceptance. The capacity test defines what the battery can do, i.e. how much current it can deliver before it is exhausted. This is of particular importance because batteries are part of the emergency system of an aircraft. In case of a generator failure, batteries must provide all electrical power required to operate the aircraft until it is safe on the ground (the pilot expects that the battery will provide power as specified).

So, how do you know when a battery is good? How do you know when it is bad and what can you do about it? For Nickel-Cadmium batteries it is all in the reading of the cell voltages. The difficulty in testing Nickel-Cadmium batteries is in the monitoring of the cells. It is necessary to take at minimum three readings for each of the cells at the beginning, during and at the end of the tests. On a 20-cell battery, this means 60 readings per test. Unless an automated system is used, this is quite laborious and error prone. Before performing charge/discharge tests, it is necessary to perform an as-received test to determine the initial condition of the battery. Unless the battery arrives in a low charge state, it is recommended than an as-received capacity test be performed. This can provide valuable feedback to the aircraft operator about possible battery application issues in the aircraft.

Capacity is defined as the ability of a battery to deliver current for a period of time and for the voltage to remain above a minimum voltage.

A typical 40A-Hr battery is expected to be able to deliver 40 amps for one hour and for the terminal voltage to be no less than 20V. Batteries, however, are made from many cells; therefore, the minimum voltage performance also extends to the individual cells. This means the Capacity Test is governed by the performance of each of the cells and not just by the battery terminal voltage. At the end of the test, each of the cells is expected to show no less than 1.00V, independent of the total battery voltage. The moment that one of the cells shows less than 1.00V, the battery has failed capacity regardless of how high the total battery voltage may be.

At the end of the test, each cell is expected to show at least one volt, at the absolute minimum. A good battery is expected to have a reserve capacity voltage to insure performance in adverse conditions. A Capacity Test end voltages of 1.15V & up is excellent; 1.05V to 1.14V: good; 1.00V to 1.04V: marginal; and 0.99V and less: failure.

An additional characteristic is cell balancing. All cells may have passed the minimum and even be much higher than the minimum but if the voltages are not at the same level, it indicates that all cells are not performing equally. Cells should not differ from each other in more than 50mV.

The capacity performance of the cells can be restored/improved by performing a deep discharge. That is, to discharge each of the cells completely by using resistor/shorting clips.

In the continuous usage of the battery in an aircraft, the difference in the charge performance between the positive and negative plates is accentuated with each of the discharge and recharge cycles and eventually the capacity of the cell is reduced significantly. This is caused by a crystalline formation, particularly in the positive plate. The only way to restore the performance is by the deep discharge. This will bring all plates to the same starting point. Sometimes, this effect is described as “memory.”

Under normal conditions, a good battery that may have failed capacity the first time will recover by the subsequent test. Typically, if by the third try, the recovery is not satisfactory, then the battery or cells are no longer airworthy and must be replaced.

If the cells will recover, they will show a marked improvement in the capacity with each of the tests.

Charge Acceptance is the ability of the battery to transform charge current into useful charge stored in the plates. Just because current is pumped into a battery, it does not automatically mean that the battery is being charged properly, so it is necessary to observe the behavior of each of the cells to determine if they are responding properly.

When a cell receives a constant current charge it develops a voltage that is a function of the state of charge, internal resistance, integrity of the cell separator and in special cases, electrolyte level. Temperature is also an indicator of the condition of the cells for cells are not expected to get hot.

Other methods will charge the cells but may not reveal the condition of the cells as it happens under constant current. Moreover, some methods may completely mask-off cells with internal problems.

It is important to recognize that if the job is to simply charge the battery, many methods will do, but when the purpose is to test the battery to determine the condition of the cells, only constant current will provide a complete and accurate picture.

A typical battery with vented cells will be charged at C/2 for two hours and at C/10 for four additional hours. The first charge cycle is the Main Charge and it is specified to place 100 percent of the charge, while the second charge cycle, the Topping Charge, provides an additional 40 percent to insure a full charge. (The charge process is not 100 percent efficient and that is the reason for the extra charge.) The Topping charge is also important because it will provide clues about the condition of the cell separator.

New cells require several cycles of charge/discharge before the voltage will rise to the level of cells already in use. If undercharged, this could be due to incorrect current and/or charge tome duration. And a Cell Separator Failure will prevent the voltage to rise to the proper level. A voltage reaching the proper level but failing later is caused by a failure in the cell separator and will probably be accompanied with an increase in the temperature of the cell.

What if the voltage is higher than 1.65V?

Overcharge is usually at 1.70 to 1.75V. In this case the cell will be appreciably warm or even hot. A dry cell usually has voltages well above 2V. (Adding 5 to 10cc of distilled water will correct this problem.)

It is for this reason that it is important to test batteries under normal room temperature conditions (25C, 77F). Otherwise, it becomes difficult to tell if a battery is warm because of cell problems or simply because the ambient temperature is high.

Once battery test data is collected, the next step is to analyze it to determine the condition of each cell individually and of the entire battery. Typical analysis parameters include initial condition of the battery/cells; as received voltages; first capacity test; first charge and water level.

Other questions to consider:

âž¤ How did the battery/cells do in subsequent tests?

âž¤ Was the charge voltage acceptable?

âž¤ Did the battery remain cool during charge?

âž¤ Did any of the cells require more than expected amount of water for electrolyte leveling?

Joseph F. Mibelli is the president of JFM Engineering, Inc. (www.jfmeng.com), of Miami, a manufacturer of aircraft battery testing systems. Mibelli has more than 30 years of experience in instrumentation and control applied to the development of precision equipment for the testing of aircraft batteries. 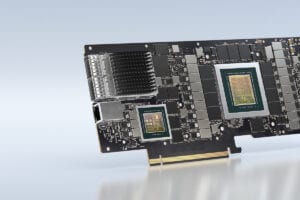 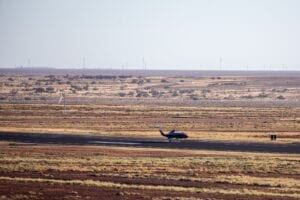