The company also named Todd Ellison director, OEM sales in its Dallas office. Prior to this, Ellison was satcom sales manager for Cobham/Chelton and is a veteran of the U.S. Air Force.

Additionally, GE Aviation named Anthony J. Aiello vice president Assembly, Test and Overhaul. Aiello will lead all development, manufacturing, testing and overhaul facilities operated by GE Aviation around the world. Aiello began his career with GE in 1986, most recently serving as generation manager of the GE90 product line. Before that, he held several leadership positions in manufacturing, assembly and testing at both GE Transportation and GE Aviation.

Aircell named Dennis Hildreth manager of OEM sales. In his new role, Hildreth is responsible for managing the company’s ongoing relationship with business aircraft manufacturers and will be an active participant in the company’s strategic growth.

With nearly 30 years of broad-based aviation and technology experience, Hildreth joins Aircell from Rockwell Collins where he was principal marketing manager-flight information solutions. Prior to that, he held roles of increasing responsibility during a 27-year career with Hawker Beechcraft.

Kaczor has nearly 30 years of corporate aviation sales experience with 15 years in management.

Gordon has more than 20 years of private and public sector experience and most recently was president and founder of Antelum Capital Partners, a consulting and investment capital firm focused on government products and services markets. Before that, he worked in a number of roles, including directing the strategic planning process for a $700 million line of business at Raytheon; supporting a number of senior government officials at the Pentagon and in Congress; and working as an engineer at The Aerospace Corp.

Capt. Randall J. TeBeest assumed command of the NOAA Aircraft Operations Center (AOC) in Tampa, Fla. The center is home to most of NOAA’s 11 research aircraft, including the agency’s WP-3D Orion and Gulfstream-IV.

TeBeest joined the NOAA Corps in 1990 and has served in a variety of operational capacities aboard several NOAA and U.S. Navy aircraft and two NOAA ships. As a career aviator, he has spent a majority of his service assigned to AOC supporting hurricane research and reconnaissance, remote sensing, snow survey and air chemistry missions. He also served as maintenance branch deputy chief, flight management section chief and executive officer.

Gallman has more than 20 years experience in business aviation and most recently was principal engineer for technology development at Cessna Aircraft. He began his career at the NASA Ames Research Center.

Most recently Lieser was crew lead for Duncan Aviation’s Chicago avionics satellite shop, moving there from the St. Paul location as an avionics technician. 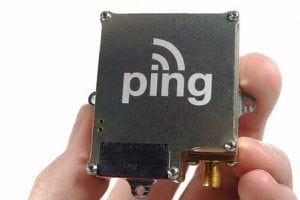 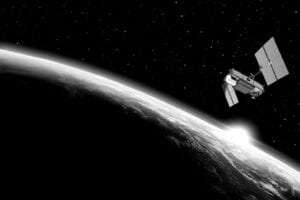