DDC said the dataSIMS Bus Analysis and Simulation software package allows users to create an environment of simulation, acquisition, display and storage of real-time data. It simulates and monitors multiple mixed Mil-Std-1553 and ARINC 429 data streams, and has the ability to bring in any other I/O.

Using a built-in Ethernet-to-Wi-Fi link, the TrueNorth Express+ interfaces with all FCC-approved airborne wireless devices, from communications units to in-flight entertainment units to cabin control systems to electronic flight bags in the cockpit by creating a RTCA DO-160-qualified wireless access point for the aircraft. The first installation is being performed by AMAC Aerospace of Basel, Switzerland, aboard a B777 business aircraft. Visit www.TrueNorthAvionics.com.

TE Connectivity (TE) introduced an Advanced Power Load Management System (APLMS) that has been designed by combining software and embedded microcontrollers to answer the rising need of small aircraft for automated power via data bus communication and control.

The APLMS provides automated electrical load management that reduces the burden on the flight crew to oversee the health and status of the electrical network, according to the company. The system is able to make decisions and reconfigure the electrical system to restore electrical power in the event of a power failure or wiring faults. The system can monitor a variety of power qualities and intelligently execute load shedding and fault isolation functions, all while providing the necessary status updates to the pilot and flight crew. Visit www.te.com.

Ascend EU RTS provides flight departments access to a suite of flight operations applications and services from up-to-the-minute dispatch and flight planning to real-time synchronization of aircraft and ground systems anywhere in the world, according to the company.

The system offers a standard RS232 serial interface and supports both ISOTRON and charge output piezoelectric accelerometers with either manual or computer programmable configurations. Operation and programming of the Endevco model 133 is achieved via the LED illuminated front panel with adjustable gain range of 0 to 1,000. Visit www.meggittsensingsystems.com.

The latest version of INTEGRITY-178B adds new operating system capabilities for multicore processors, enabling multiple independent safety- and/or security-critical applications to execute on a multicore operating environment in a predictable and bounded manner.

Jeppesen, of Englewood, Colo., and U.K.-based ETS Aviation, Ltd. have teamed to provide a system to monitor, record, analyze and report flight data within European airspace, in order to comply with regulatory requirements for managing carbon emissions set by the European Union Emissions Trading Scheme guidelines.

The partnership allows operators to integrate a web-based application, the ETS Aviation Footprinter, with Jeppesen’s International Trip Planning services to manage essential monitoring, recording and reporting of carbon emissions in flight, according to the companies.

MicroPilot, of Manitoba, Canada, introduced MP2128g2 and MP2128HELI2, enhanced versions of its board level autopilots for fixed-wing and rotorcraft applications.

Sporty’s Pilot Shop, based in Batavia, Ohio, updated its study apps for the iPhone and iPad.

The Flight Review App, which is based on Sporty’s Private Pilot Flight Training Course, includes a review quiz, including the relevant video segment for test review. The app is broken down into six subject areas and 42 video segments, and contains more than 90 minutes of 3-D animations and in-flight video.

The AXP340 is a panel-mounted Class 1 (240Watt), Mode S, Level 2 1090MHz Datalink Transponder with Extended Squitter (ES) that meets all the requirements for Mode S elementary surveillance for both IFR and VFR flight.

The partnerships will allow customers to purchase complete router systems and take advantage of the unique Satcom1 AvioIP features, the companies said.

Aspen Avionics, based in Albuquerque, N.M., introduced a line of Connected Panel products that integrate aviation application data from personal handheld devices with certified avionics installed in an aircraft’s panel.

The hardware is enclosed in a small box called the CG100 that is blind-mounted behind the aircraft’s panel. It contains wireless, Bluetooth and USB connectivity options, as well as flash memory storage.

The TMC Illustris incorporates precision aligned Expanded Beam Optical Sub-Assembly technology from GigaCom. The TMC is available from Deutsch as component connectors and terminated cable assemblies, optionally fitted to a variety of deployable reels for vehicle mounting and personnel back-packs.

Peerless Electronics, based in Bethpage, N.Y., signed an agreement to distribute a line of specialized switches and connectors from CW Industries, of Southampton, Pa.

Designed for the detection and surveillance of a moving object, the ADEPT3000 is lightweight (around six grams) and consumes minimal power so that it can be deployed in highly confined spaces such as small unmanned aerial vehicles or man-portable devices, or simply integrated directly into a gimbal, according to the company.

The system integrates improved algorithms to provide effective detection and tracking. Improved ability to distinguish between an object and the background is accomplished through the use of a signature-based pre-processor for rejecting clutter and an automatic tracking engine, GE said. Visit www.ge-ip.com. 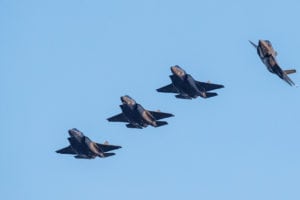