Any confusion regarding the Federal Communications Commission's stance on GPS interference was made clear on August 9, when FCC Chairman Julius Genachowski told reporters that the agency would under no circumstances allow LightSquared's proposed nationwide wireless broadband service to interfere with navigation systems or compromise safety.

"We're not going to do anything that creates problems for GPS safety and service as we explore technical solutions that will both protect GPS and allow a new service to launch that will lead to billions of dollars of private investment, real job creation and competition," Genachowski said, repeating the agency's commitment to a "fact-based, engineering-based" review process. "Everyone involved in the process wants to make sure that GPS is not interfered with. What will determine the outcome will be the facts and the engineering."

The statement came just days before the end of the public comment period on LightSquared's latest proposal, and was viewed as a victory by the Air Line Pilots Association (ALPA) and other aviation industry groups that had been lobbying hard against approval. Many are concerned that the proposed broadband network would interrupt air navigation systems by interfering with wireless spectrum space currently devoted to GPS signals.

"The efforts of ALPA and other GPS users appear to have changed the Federal Communication Commission’s position on the proposed LightSquared broadband network and its interference with GPS," the ALPA said in a statement to its members. "While commissioners agreed that the service proposed by LightSquared would be valuable, they admitted that the interference issue outweighs other concerns. FCC staff members indicated that they were very interested in protecting aircraft navigation to places such as Reagan Washington National Airport — as planes on approach to DCA can be seen from the FCC’s conference room window."

More than 3,200 public comments were submitted on the proposal — which seeks to deploy the company’s wireless network in a 10 MHz band that’s further away from the GPS spectrum than in its original plan — by the August 15 deadline. The FCC has since said that it has no timeline for a decision and that it may call for additional testing before coming to a final ruling. In fact, the chief of the agency’s Office of Engineering and Technology, Julius Knapp, has reportedly already requested additional details from LightSquared and the U.S. GPS Industry Council regarding the specific devices that are seeing interference from the proposed network.

LightSquared, for its part, remains committed to its proposal and sent a letter to the Commission on August 11 blaming the GPS industry for the prolonged political fight.

“Had the GPS industry complied with DoD’s recommended filtering standards for GPS receivers, there would be no issue with LightSquared’s operations in the lower portion of its downlink band,” Jeffrey Carlisle, LightSquared vice president for Regulatory Affairs and Public Policy, wrote in the filing.

From here, the company says, it’s up to the FCC to make a decision based on the science and engineering facts of the case.

“We’re optimistic that a compromise can be reached and we’re very confident that we’ve resolved the vast majority of issues related to GPS interference,” says company spokesperson Chris Stern. “LightSquared is looking forward to working with the involved federal agencies to roll out this new network for the nation.”

LightSqared may soon have some competition in this space, as earlier this week satellite television provider Dish Network announced preliminary plans to rollout a similar wireless broadband network by 2014, depending on its own FCC approval. 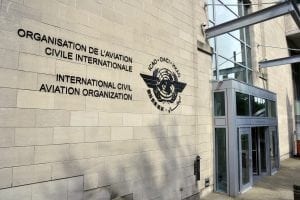 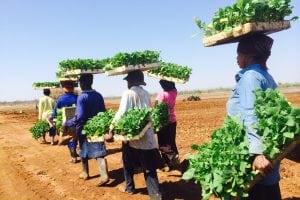 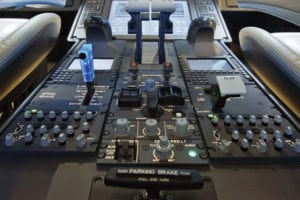