The Supplemental Type Certificate (STC) for Wi-Fi operations was received this year for the Gulstream IV/IVsp. The modification of the existing STC to include the Gulfstream V model was completed under Duncan Aviation’s STC and Major Repair and Alteration Organization Designation Authorization. In addition to the Gulfstream V installation, TWC Aviation also had Wi-Fi operations installed in their Gulfstream IV aircraft. 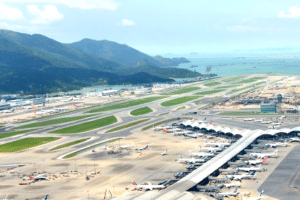