The flight, which took place in May at Fort Huachuca, Ariz.,  marks the first time three electro-optical, infrared sensors have been used simultaneously with a fourth payload on an aircraft.

"Firebird's universal interface is what makes this all possible," said Rick Crooks, director of special projects and Firebird program manager for Northrop Grumman Aerospace Systems. "It's very similar to plugging a memory stick into a computer -- it's automatically recognized without needing to load new software. With this 'plug-and-play' technology we can place many different sensors on Firebird and operate them in a matter of minutes."

Crooks said this capability reduces the time needed to replace sensors so they can ready Firebird quickly for different missions. The flight team can install the three high-definition full-motion video (HD FMV) sensors along with a communications payload in less than an hour. "Not only can soldiers on the ground and aircraft crews see the video and data, but they also control the sensors independently," said Crooks. "This two-way control really puts the power of Firebird's systems in their hands. By being able to go through a remote terminal or a cellular phone, we've made it possible for soldiers on the front-line to more effectively use these systems to gain the edge they need."

The three HD FMV sensors were supplied by FLIR Systems, with the fourth payload being the Northrop Grumman-produced Common Signals Intelligence System 1500 that provided an electronics support and direction finding capability. The team was able to switch between eight different sensors during the exercise. To date, Firebird has used 15 different intelligence, surveillance and reconnaissance sensor payloads, according to Northrop Grumman. 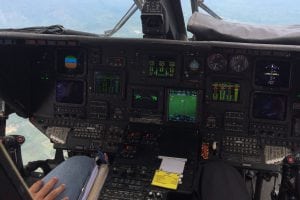 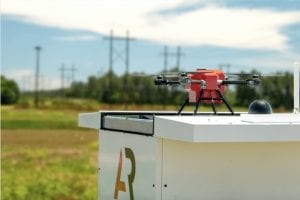