Aviation industry stakeholders from Air Navigation Service Providers to aircraft manufacturers and component suppliers increasingly are focused on the interaction of ground and airborne systems to improve operational efficiency and maintain airspace safety.

In a recent interview with Avionics Magazine, Olivier De La Burgade, senior manager in the ATM Engineering Department at Airbus, described his company’s role in the emerging concept of Air Traffic Management (ATM), ranging from participation in Europe’s SESAR program and NextGen in the United States to other projects Airbus is undertaking to advance ATM.

De La Burgade joined Airbus in 2005 to lead the company’s technical contribution during the SESAR Definition Phase. Since 2009, he has been in charge of the ATM Mid-Long term strategy within the ATM Engineering Department, and has led SESAR Work Package 9 for Aircraft Systems involving Airbus, Alenia, Thales Avionics and Honeywell.

To hear an audio version of this interview, visit www.aviationtoday.com/podcasts.

Q: Why is it important for an aircraft manufacturer to be involved in air traffic management?

A: Airbus is really willing to participate in the next generation of Air Traffic Management (ATM) system, which will require more integration and cooperation between the aircraft and the ground. The three main objectives are to ensure the future operational concepts make the best use of aircraft capabilities, and this is very important for our customers. The second objective is to ensure the future aircraft capabilities match the operational concepts. Last but not the least, is to ensure that air and ground development and deployment are synchronized.

Q: Airbus is participating in ATM development and standardization through various organizations, including ICAO, EUROCAE/RTCA and as a member of the SESAR Joint Undertaking. Could you describe some of the work Airbus is doing for SESAR?

A: As you know, Airbus is deeply involved in the SESAR program in different types of activities. First, the company is contributing to the creation of a new ATM operational concept, together with air navigation services providers and other important industry partners. Second, Airbus is playing a key role in the pre-development and integration of airborne systems.

I lead the SESAR Work Package 9 in charge of developing the aircraft capabilities and contributing some of the 30 technical projects for this work package. … We are deeply involved in the operational validation activities, integrating new capabilities in simulators and flight-test aircraft and participating in air-ground validation exercises in connection with ATC ground systems.

Beyond the aircraft itself, Airbus has taken the lead in the work package in dealing with the upgrades of airline operation centers concerning the related ATM functions. And the company is also providing direct support to the SESAR Joint Undertaking in the domains of “System of System” methods and technical consistency of the whole work program.

An example of a concrete project in which Airbus significantly progressed in the later months is the Initial 4-D concept to use airborne computing predictions on the ground to establish a sequence on a merging point and then let the aircraft fly the optimum profile up to that point in “full-managed” mode. What we can say today is that in this project, airborne system prototype integration in the real physical architecture of the aircraft should start in the coming months, and air-ground integration tests are planned from October, while the first flight trial is planned for early December over the Maastricht Upper Airspace and at the Copenhagen and Stockholm airports.

Q: How is Airbus participating in the NextGen program in the United States?

A: Airbus has participated in different studies for the FAA in recent years, one of these looking at the capabilities of the existing fleet [of aircraft], their evolution in the coming years and their potential ability to support future concepts.
In May 2010, FAA awarded “Systems Engineering 2020” contracts to three consortiums, to support FAA in NextGen development with activities ranging from R&D to in-flight demonstrations. Airbus is part of the consortium led by Boeing. Today the consortium is selecting the topics on which it will make proposals.

Q: What are some of the important flight demonstrations taking place around the world in which Airbus is participating?

A: Airbus is participating in several flight demonstrations in the framework of the AIRE (Atlantic Interoperability Initiative to Reduce Emissions) initiative. AIRE activities consist mainly in flight trials and demonstrations with revenue flights, (meaning) existing systems. In the air activities, of the main projects in which Airbus is involved, one is the A380 Transatlantic Green Flights. It is dealing with flights over the Atlantic. There are several benefits expected and two are different new operations: one is two-engine taxi activities; the other is to be able to fly without Oceanic Track System constraints over the Atlantic because the A380 is able to fly above FL390.

The second project is the Green Shuttle; it deals with the Paris-Toulouse flights operated by Air France. It relies on improved coordination among ATC sectors in order to achieve optimum flight level, direct routings and Continuous Descent Approach from top-of-descent.

The third project is the VINGA project. VINGA stands for Validation and Improvement of Next Generation Airspace. The location is Gothenburg, Sweden. The benefits include track mile savings through direct routings and noise/fuel optimization on approach and Continuous Descent Operations. 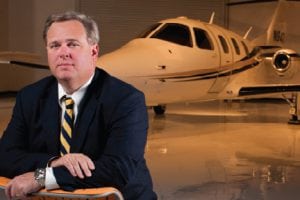 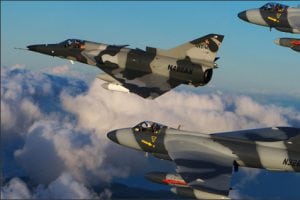 ATAC Deploys Warfighters to Jacksonville for US Military Training