The medium-altitude, long-endurance Hermes 450 is operated by the Israeli Air Force and several other nations, and is the basis of the Watchkeeper UAS developed for the British Army. Elbit said the UAS has accumulated more than 200,000 operational flight hours. It's equipped with Elbit's CoMPASS EO/IR/LD gimbaled electro-optical payload and a communication systems for real-time imagery transmission to ground stations. Additional features include an Internal Auto Takeoff and Landing system, a modified engine that enables increased flight altitudes up to 20,000 feet, and a communication data link range of 250 km. 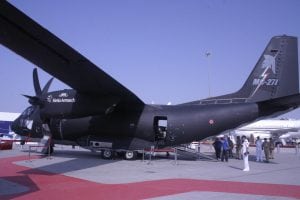