An investment group led by ITT Corp. has developed a novel funding mechanism aimed at supporting airlines in buying and installing NextGen avionics beginning in 2012.

The funding mechanism, involving a mix of commercial borrowing and private equity “in excess of $1 billion,” would finance new avionics for up to 5,600 Part 121 aircraft, the majority of the United States fleet. The equipment would be leased to air carriers, which would make repayments based on the FAA reaching agreed milestones for supporting ground infrastructure.

Participating airlines would realize a sooner return on investment due to airspace system efficiencies, closing the equipage “business case” that confronts NextGen.

“This fund is like a catalyst,” said Michael J. Dyment, founder and managing partner of investment firm NEXA Capital Partners, which is advising ITT. “We’re putting a fund together backed by aerospace giants who will, with their strong balance sheets, be able to remove this [financing] obstacle.”

The commercial financing solution, in the works for more than a year, comes as other options are being discussed to fund NextGen equipage, mainly involving federal dollars. The Aerospace Industries Association (AIA) has proposed a “Cash for Carbon” program that would see government grants or government-backed loans issued, in exchange for a commitment by airlines to achieve carbon-neutral growth from 2020 onward.

ITT, the only investor company Dyment would identify at this writing, is rolling out the nationwide ground infrastructure for ADS-B, having won the contract from FAA in August 2007. This summer, ITT said it would make air-traffic surveillance data collected by the system commercially available for flight tracking, fleet management and other applications.

Dyment, who served as principal advisor to ITT on the $1.86 billion ADS-B contract award, announced the formation of NEXA Capital Partners LLC in October 2007. His biography lists senior positions with the aerospace and transportation practices of A.T. Kearney, Booz Allen Hamilton, PricewaterhouseCoopers and Arthur Anderson.

The NextGen equipage funding mechanism was revealed by ITT executives during the RTCA Fall Symposium Sept. 22, an event co-organized by Avionics. In a luncheon address, Steven R. Loranger, ITT chairman, president and CEO, said, “the equipage issue looms large,” despite progress with other aspects of NextGen.

“ITT has also been addressing the cost side,” Loranger said. “In cooperation with NEXA Capital Partners, ITT has been developing a novel funding mechanism to make avionics more affordable and to reduce the risk of NextGen equipage to system users. We have been reviewing this concept with the FAA and industry stakeholders including our major airlines, and look forward to providing a more complete public discussion of the offering as it matures.”

The potentially prohibitive cost of equipage was a common theme during the daylong symposium.

“The bottleneck is going to be operators electing to equip,” said Jens Hening, vice president of operations with the General Aviation Manufacturers Association, during a panel discussion on ADS-B. Planners need to “better identify the benefits they will attain,” he said.

“The real challenge is in retrofit,” said Kathleen O’Brien, associate technical fellow, Air Traffic Management, with Boeing. “The key is really benefit. If airlines can see benefits, they will equip.”

NEXA estimates the average cost of retrofitting airliners for NextGen capability ranges from $150,000 to $1 million per aircraft, Dyment said. Funded equipment would include systems enabling ADS-B Out/In and data communications, two pillars of FAA’s NextGen suite of programs. Installations would be performed “with minimal disruption to the airline,” during heavy maintenance checks.

“We will begin equipping in 2012 or 2013,” Dyment said. “Avionics manufacturers will begin to see requests for proposals in the beginning of 2012. We’ll be buying equipment in very large quantity.” The expectation is that 75 percent of the fleet can be NextGen equipped by 2017.

Two airlines had signed on as launch customers, and a third carrier commitment was pending, Dyment said.

“The airlines like this program because it takes off balance sheet something they couldn’t really get done on their own,” he said. “We’re offering that they don’t have to make payments on their equipment until the FAA switches on things like Data Comm.”

“In the time I’ve been spending trying to build data comm and voice systems for the FAA, I’ve never seen a point at which we’ve been closer to what we think we all want to do,” Eck said.

“ … I’m either wildly optimistic or irrationally exuberant I’m not sure which. I think by 2018 there’s going to be quite a bit different landscape.”

By 2014, Eck said, datalink services will be available at five towered airports, with as many as 850 aircraft equipped for FANS 1/A+ datalink to receive revised departure clearances. The following year should see 37 towers and 1,700 aircraft equipped, and the emergence of Aeronautical Telecommunications Network (ATN)-based avionics specified by RTCA Special Committee 214, which is developing standards for Air Traffic Data Communication Services. By 2018, 1,700 aircraft are expected to be FANS equipped and 1,100 ATN equipped.

“You’re going to be looking at 40 percent of the air transport community equipped with data communications by 2018 (and) as many as seven enroute centers with the capability,” Eck said.

“I really believe that’s where we’re headed; we have a program that’s designed to do that.”

The FAA final rule establishing performance requirements for ADS-B Out was published in May, requiring compliance by 2020. ADS-B Out enables aircraft to broadcast their GPS-derived position to the ground and other aircraft. FAA deferred a mandate on ADS-B In, the capability to display air traffic in the cockpit, which will require a greater investment in displays and software. ADS-B In is being considered by an aviation rulemaking committee, which started meeting in July.

FAA also has drafted an advisory circular that will guide airports in equipping ground vehicles for surveillance system visibility, said Vincent Capezzuto, the agency’s director of Surveillance and Broadcast Services.

Dyment said the ITT-led group is offering a commercial solution that doesn’t rely on federal appropriations for NextGen equipage. Equity financing would come from “some of the best aerospace companies in the world … who will put up substantial capital at risk,” with loans made available through bond issues sold to investors.

“It’s really a perfect solution, at a time when the federal government is very, very unlikely to make grants available for equipage,” Dyment said. “There’s no appetite in Congress to give billions of dollars away in grants to the airlines.”

Panelists: Integration Of UAS In National Airspace System Will Be Phased

Panelists at the RTCA Fall Symposium Sept. 22 said stakeholders should be prepared for a phased introduction of unmanned aircraft systems (UAS) into the National Airspace System (NAS) lasting several years.

A phased approach is the safest and most efficient way to integrate UASs in civil airspace, beginning with the smallest air vehicles, where the greatest market growth is expected, and applying lessons learned to larger aircraft, said Les Smith, FAA division manager, Flight Technologies and Procedures Division. Segregating the airspace to accommodate UAS operations is not the answer, he said.

Smith said he expects a Notice of Proposed Rulemaking (NPRM) for small UAS operations will be released next year, with a final rule to follow in 2012 or 2013 following industry comment.

“You have to take the baby steps to learn about how we’re going to address the larger aircraft,” Smith said. “What we have to do is to bring the technology that’s being used out there and make it robust and safe.... We’ll get there, but it’s going to take time.”

The challenge of integrating UAS in civilian airspace was illustrated Aug. 2 when a Northrop Grumman MQ-8B Fire Scout operating from Patuxent River Naval Air Station, Md., strayed into restricted airspace above Washington, D.C., due to a software flaw. Ground operators lost data link contact with the unmanned helicopter, which is programmed to return to base in such situations. Instead, it veered more than 20 miles on a north/northwest trajectory.

Fire Scout operations were briefly suspended after the incident.

“This is a developmental aircraft, and in the development process things don’t always go exactly as you want them to go,” said Steve Pennington, acting executive director with the Department of Defense Policy Board on Federal Aviation. “Before you actually field the aircraft you get rid of those variations, you fix those, and with this developmental aircraft that’s what happened.”

Panelists said UAS stakeholders in essence are standing up a new industry, trying to figure out appropriate standards for ground control and airborne systems, pilot training and aircraft certification. Designing and building robust systems and equipping them with sense-and-avoid technology are key challenges.

Andy Zeitlin, senior principal engineer with the MITRE Corp. Center for Advanced Aviation System Development (CAASD), said the problem of sense-and-avoid is “far more complex” than the development that produced the Traffic Alert Collision Avoidance System (TCAS). He said a number of technologies are being tested for airborne sensors, some of which are “cooperative” in that they exploit equipment on other aircraft such as transponders or ADS-B.

“ADS-B appears from a technical point of view to be the superior surveillance source,” Zeitlin said. “It provides more information, better information that’s well suited to collision avoidance. The technical prospects of ADS-B are extremely compelling.”

Sensing a potential conflict is only half the equation, Zeitlin advised. “Seeing a target is not enough. The avoidance part is not trivial,” he said. “ … Any avoidance algorithm has to be well-tuned to the normal types of operations (the UAS) is going to encounter in the NAS.”

In the absence of widespread equipage of transponder or other cooperative systems, sense-and-avoid may depend initially on non-cooperative technologies such as primary radar, infrared, acoustic or a mix of sensors.

“We think that with the right resources and some good luck on technology advancements, perhaps we can get the first standards in three years or so,” Zeitlin said. Widespread application of sense-and-avoid systems may take “10 years or more depending on things like cooperative equipage,” he added.

Pennington said the military, “aided and abetted” by ground-based sense-and-avoid technology in terminal areas and long-range radar, plans timelier integration of UASs. “In the next three to five years, we need routine access” to the NAS, he said.

“All of the services, but particularly the Air Force, are buying UASs in a big way,” Pennington said. “In the upcoming five-year Defense program, the Air Force is going to buy 35 percent of its new aircraft as UASs.” 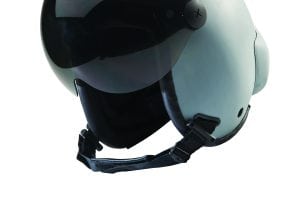 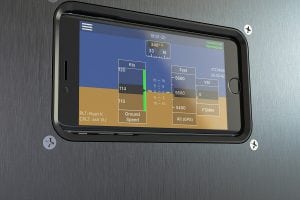