The radio system, which will include the T6 VHF/UHF transmitter and receiver equipment, will be fitted into deployable mobile cabins designed to be air-lifted into theatre. The cabins will be fitted out at Northrop Grumman Park Air Systems' facility in Market Deeping, U.K. This approach will ensure rapid insertion into current air traffic operations with a delivery target of late 2010. An emergency radio system will also be provided in the new air traffic control tower being built at the Camp Bastion Airfield. A communications training programme based at Royal Air Force (RAF) Leeming will also be supplied under the contract. 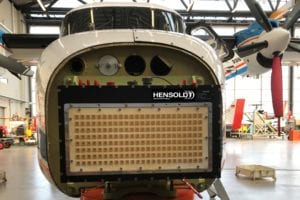 Safety in Avionics: Pilot Traps in the Cockpit