The AMC maintenance forum and the AEEC engineers consummated a merger of sorts with the first collocation of their annual meetings in recent times, an event held March 30 through April 2 in Minneapolis.

From the perspective of someone who has attended several meetings of the individual organizations over the years, in places such as Anchorage, Phoenix, Hamburg and Tulsa, the first collocated conferences appeared to go relatively smoothly. That’s considering the spread of activities on two levels of the downtown Hyatt Regency, the 685 registrants attending either of two separate meetings and the 30-plus company suites peppered from the first to the 24th floors.

I came to appreciate the logistics when, as moderator of the AEEC Symposium April 1, I released the attendees for a promised 15-minute coffee break one floor down in the Avionics Magazine Product Showcase area. A half-hour later, as the presenters and I twiddled our thumbs waiting for the room to replenish, we half-seriously wondered if a tweet on Twitter would have brought the crowd back in a timely fashion.

Twitter might be an idea for next year’s collocated meetings. While I’m trying hard to be a 21st century guy, I haven’t yet added this instant messaging phenomenon to my daily repertoire of electronic things to do. But I was glad to see that other people have a 21st century mindset for something we did do this year — capture the flavor of the AMC, AEEC meetings in a daily blog posting with videos. (You can relive the moments at www.aviationtoday.com/av/blog.)

Mike Rockwell, senior director of ARINC Industry Activities (IA), which organizes the AMC and AEEC meetings as well as the FSEMC simulator engineering conference, understands the power of e-media. Without needing much explanation, Mike was kind enough to participate in one of the short, on-the-fly videos I taped during the two conferences. (I’ve nicknamed them "guerilla" videos.) In that brief clip, he spoke to the financial challenge underlying these industry events.

"The AEEC Executive Committee and the AMC Steering Group got together a few years ago and they’ve been talking about the changing times we’re all in and the need to cut costs and work together more collaboratively," Rockwell said, explaining the rationale behind collocation. "... We welcome all the participants, the airlines, the vendors, those who are sponsoring the hospitality suites. What we do need, though, is we need more organizations to come on board and become members and sponsors."

While some 49 airlines and numerous vendors participated, not all are supporting members or sponsors of the two conferences. ARINC IA has been challenged to enlist new members in good times and now faces the headwinds of an airline industry downturn and consolidation. This year’s meetings in Minneapolis served as a curtain call for host airline Northwest, which is fast becoming Delta — two member airlines becoming one.

The status of IA was more immediately in doubt following the 2007 acquisition of parent company ARINC by The Carlyle Group, a private equity firm with more than $85 billion under management. As he did at last year’s AMC meeting, ARINC Chairman and CEO John M. Belcher, in opening remarks at the Minneapolis event, signaled ongoing support of IA. But he also pointed out the need for new members to sustain the organization.

"Your committees have improved cost effectiveness, increased productivity and reduced lifecycle costs for your airlines," Belcher said. "This is particularly important when our industry is suffering during this present recession. At ARINC as well, we’ve had major cost cuts, layoffs, just to exist through the recession. I’m hopeful, though, that the worst is behind all of us and we’ll begin to see a bright future toward the end of 2009 for our industry."

ARINC IA "will provide the services in the traditional way it always has," Belcher said. "This will continue to be carried out on a break-even basis. Therefore, it is important that all participants in the process share in providing the necessary financial support by becoming or continuing to be a member." 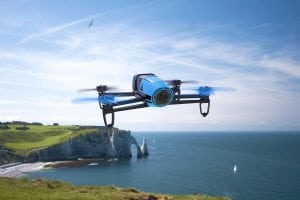 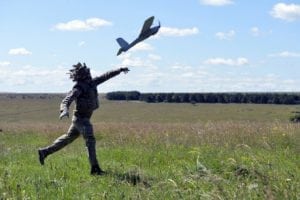