Is progress toward the 2025 vision of the Next Generation Air Transportation System real or imagined? That, in so many words, was the surprising question asked of me as I filed to lunch with attendees of the 2010 RTCA Spring Symposium, co-produced by Avionics Magazine in early April.

I’m persuaded that progress is being made, but mindful of the media’s role in the Internet bubble, the housing bubble and the financial meltdown we’ve endured, I’m not inclined to be a cheerleader. And I’d rather not make predictions; after all it was me, a Massachusetts product, who predicted Michael Dukakis in a landslide victory over George H.W. Bush in the presidential election of 1988. I don’t make those kind of bets anymore.

To be sure, there remains palpable skepticism, disbelief and absence of knowledge when it comes to NextGen. FAA Administrator Randy Babbitt alluded to this in his keynote address at the symposium. “We’re hearing ‘what is NextGen?’ way too much, and maybe that’s because we haven’t done as good a job as we should’ve when it comes to answering that question,” he said. “NextGen is a technological and procedural leap, an upgrade of exponential proportions.”

Technology may be the easiest hurdle, with cost, stakeholder buy-in, political will and bureaucratic execution among the obstacles. FAA’s “stovepipe” organization was an issue raised by Metron Aviation President Jack Kies and repeated by others. Babbitt referenced that as well. “I want you to know that I’ve gone out of my way from my first day as Administrator to get the agency to understand that we cannot deliver effective and professional service if we continue to live in stovepipes,” he said.

In my bullet-proof role as the messenger, then, I’m basing my optimism on tangible, early signs of progress — the advancing rollout of ADS-B, for example — and what the subject matter experts are saying, FAA and otherwise.

Many experts attended this year’s RTCA Spring Symposium, which at 350 registrants was the largest gathering in recent memory. (RTCA and Access Intelligence, our parent company, will produce a fall symposium Sept. 22.) The opening panel, comprising what Babbitt called the FAA’s Task Force Response Team, outlined steps the agency is taking in response to the RTCA NextGen Mid-Term Implementation Task Force recommendations issued in September 2009. According to Michael C. Romanowski, FAA director of NextGen Integration and Implementation, $180 million, or 20 percent, of spending on NextGen programs in 2010 is directly tied to the industry-consensus recommendations. The spending rises to $403 million, or 35 percent, of the NextGen budget in 2011. “That is a significant movement and adjustment in the FAA’s planning process, and you should be proud of that,” said Romanowski.

Said Capt. Ken Speir, chief pilot-Atlanta, with Delta Air Lines: “I think this year, we’ll have to have people inside of business operations or airlines or government that say, ‘are we really willing to implement these things and can we really do it?’ I think we can. … I’ve been more confident over the past four to six months than I’ve ever been in many of the activities that I’ve participated in with the ATO (Air Traffic Organization), with the FAA leadership and NextGen Management Board.”

Current faith in NextGen was perhaps best captured when RTCA Chairman Edward Bolen asked members of the symposium’s final panel to rate their optimism on a scale of 1 to 5, with 5 representing the highest vote of confidence that NextGen will become reality. The tally:

âž¤ Giles Giovinazzi, staff director, House Aviation Subcommittee: “3 to 4. I don’t want to undersell the challenges of this.”

Votes are important currency in Washington, D.C., so let the record stand. 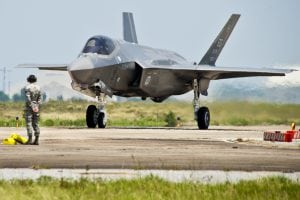 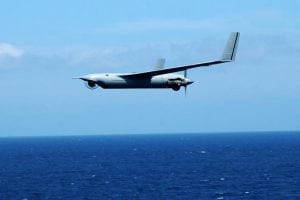