Alexandre has held a variety of leadership positions in operations and sales and marketing with Teleflex Aerospace, and most recently with Turbomeca, a company of the propulsion branch of the Safran group. He joined the Safran group in 2005 as chief operating officer for Turbomeca USA.

In 2008, his role expanded to that of COO for Turbomeca, where he was given operational leadership for Turbomeca do Brasil and Turbomeca Canada in addition to Turbomeca USA.

Kremsreiter most recently served as U.S. sales manager for Iridium products for special use applications. He has also managed green aircraft completion projects and refurbishments and served as an avionics department manager. He will be based in St. Louis, Mo.

Briffod heads up Mobile OnAir Advanced Inflight Applications as well as the development and implementation of strategic partnerships with mobile network operators worldwide.

Before joining OnAir, Briffod spent more than 10 years as a strategy consultant and marketing executive in the technology, telecommunications and media industries, working for Monitor Company and Oliver Wyman. Over the last five years, he worked for Orange Switzerland as marketing director for consumer and business to business markets.

Lux began his career as a flight test engineer at the French DGAC before joining Air Inter, where he held positions in operations and maintenance. After the Air France/Air Inter merger, he became Air France vice president of maintenance. From 2003 to 2004, he worked for the French railway operator SNCF.

Pilar Albiac Murillo will succeed Lux as head of Quality and Lean Improvement.

Prior to her arrival at Airbus in 2008, Murillo held senior positions in large international manufacturing organizations.

Duhamel joined Thales in 1987, holding positions in the Air Traffic Management and Command, Control, Communications, Computers and Information businesses. Prior to his current position, Duhamel was managing director of the Ground Radar business unit for Thales’s Air Systems Division. 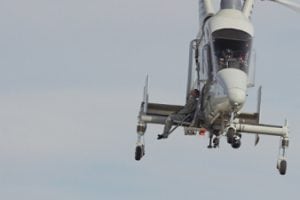 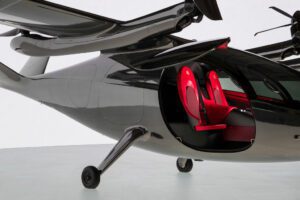