"The DoN LAIRCM system is installed and is flying in combat operations providing the world's most advanced aircraft protection system to our Marines and Sailors," said Capt. Paul Overstreet, U.S. Navy's Program Manager. "This has been a model rapid acquisition program and could not have been accomplished without the tireless efforts of the Northrop Grumman/US Gov team."

To evaluate system effectiveness, live fire testing was performed in addition to flight testing. DoN LAIRCM went into operational use on CH-53E helicopters starting in 2009 and has accrued more than 4,500 flight hours providing aircrews with protection from potential infrared missile attacks. 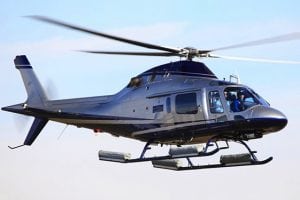