Thales has continued to receive orders for its TopSeries in-flight entertainment (IFE) systems despite the economic downturn hurting the airline industry. In a Paris Air Show briefing Tuesday, Alan Pellegrini, Thales Avionics general manager of In-Flight Systems, said the company in the last year has received orders from British Airways, Qatar Airways, Japan Airlines and China Southern. In March, the company announced that Saudi Arabian Airlines had selected its new TopSeries digital single-aisle system for 42 Airbus A320s. “Thales has done pretty well, even considering the economic crisis,” Pellegrini said. The British Airways order is for 40 widebody aircraft, including new build Airbus A380s, Boeing 777-300s and 787s. Pellegrini said Thales has 12 customers for IFE on the 787 Dreamliner, representing 150 aircraft. The company already has delivered some production hardware for the 787, and this week delivered software. As how delays in the 787 program have affected Thales, Pellegrini said the company continues to “replan based on (Boeing’s) schedule” and has tried t contain its inventory. Thales and Panasonic Avionics Corp. have been pre-selected to provide IFE on the new Airbus A350XWB. “My understanding,” Pellegrini said, “is (Airbus) may consider a third player” for IFE. He said Thales has been working with Airbus for two years on the A350, however, customer IFE selections have not begun. For more from the Paris Air Show 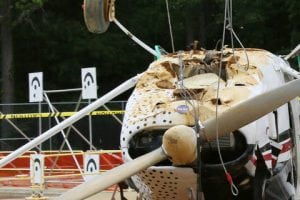