Under a new Airbus supplier policy, major avionics vendors have been involved much earlier in the systems definition process than on previous aircraft, with deeper responsibility for design and integration. This closer participation entails greater risk for the suppliers, but through a joint definition phase and design reviews with Airbus is expected to lead more quickly to optimized solutions and earlier systems maturity at the time of the aircraft’s first flight in 2012.

Many of the avionics systems on the A350 represent a technology continuum from systems developed for the A380, its larger sister, which also will contribute to earlier systems maturity.

In the A350, too, avionics vendors have achieved new levels of participation with Airbus. Thales says its content on the A350 is 10 times its content on the long-range A330, making it the second largest A350 supplier after Rolls-Royce, providing the aircraft’s Trent XWB engines.

Thales is supplying the integrated cockpit control and display system of the A350, featuring six 15-inch rectangular LCD displays, keyboard cursor control and optional single or dual head-up displays; the Air Data and Inertial Reference Unit (ADIRU), a commercial first for the company; and the electrical power conversion system (EPCS).

The French manufacturer is providing components of the aircraft’s integrated modular avionics (IMA) platform — an evolution of the system on the A380 — including Core Processing Input/Output Modules (CPIOM), common Remote Data Concentrators (cRDC) and the Avionics Full Duplex Switched Ethernet (AFDX) "end system," the interface between sensors, data concentrators and AFDX switches that route Ethernet frames to their proper destinations. Thales is sharing the IMA work package with Diehl Aerospace, its joint venture with Diehl Stiftung & Co., of Germany.

Diehl Aerospace, 51 percent owned by Diehl and 49 percent by Thales, will provide the doors and slide control system and the slats and flap control computer.

Thales is one of two companies pre-selected for the A350 in-flight entertainment (IFE) system, supplied from its IFE base in Irvine, Calif. The other vendor is Panasonic Avionics, Lake Forest, Calif.

Diehl Aerospace is supplying the cabin and cargo lighting package for the A350, and the Thales-Diehl partnership is positioned for major cabin integration work after acquiring Airbus’s Laupheim, Germany, facility last October under the airframer’s Power8 restructuring program. The latter cabin fitting venture has been named Diehl Air Cabin.

With more content has come earlier and deeper participation in the A350 design and development process, said Gil Michielin, Thales vice president and general manager of Commercial Aircraft Solutions.

"Really, really things have changed in the relationship with Airbus," Michielin said in a recent interview.

"Practically, what does it mean for a supplier like us? It means, first of all, that we have been involved much earlier in the process of definition of the systems of the aircraft — much earlier. It means that we have been part of the trade-off studies; it means that our opinion has been taken into account in the possible trade-offs to be performed at the aircraft level. It also means that now we are contracted at a much higher level of the requirements spec. We are no longer contracted and committed on a detailed design specification, but on what we call a high-level specification. Consequently, it means that we have to accept to take a higher risk, because the system is not 100 percent defined."

Thales and Airbus have developed a process to manage and reduce uncertainty through the joint definition phase to preliminary and critical design reviews, Michielin said.

The new relationship with Airbus is a more efficient approach, Michielin said, that will contribute to program maturity at first flight. The A350 should fly with all of the functions and capabilities planned for entry into service, and not just a subset of them, he said.

Also engaged earlier in the development of the wide body has been Honeywell, which is supplying the flight management system (FMS) and Aircraft Environment Surveillance System (AESS) for the A350 as well as the HGT1700 auxiliary power unit (APU) for pneumatic and electric power, and Air Management System for environmental control and cabin pressurization. The company says its content on the A350 will be roughly twice the content it has on the A330/A340.

"For all of the avionics providers, Airbus’s new approach plays out a little differently, and ours plays out differently just because of the heritage of our FMS and our AESS with the A380 as a stepping stone," said Greg Albert, Honeywell Aerospace vice president for Airbus programs. "I would characterize the Airbus change less in terms of a risk shift, but more in terms of earlier supplier involvement and wider systems perimeters and wider systems responsibilities. That’s how we’re ‘playing’ with Airbus on the A350. We got involved very early and we’ve helped them develop some of the architecture and some of the functional needs of our systems on the airplane. We have been much more involved in that joint definition phase."

Honeywell’s AESS combines TCAS, Mode S transponders, Enhanced Ground Proximity Warning System (EGPWS) and weather radar in an integrated system, reducing as many as eight avionics boxes down to two. Additional functionality will be added for Automatic Dependent Surveillance-Broadcast (ADS-B) as the A350 development progresses, Albert said. The linchpin of the surveillance suite, he said, is the "IntuVue" 3-D volumetric scanning weather radar, first introduced on the A380 (as the RDR-4000). The weather radar on both aircraft comes with new vertical profile display modes, offering a vertical profile of outlying weather.

The Honeywell FMS, with Step 1A software, is geared toward low Required Navigation Performance (RNP 0.1) procedures, but also will support Required Time of Arrival (RTA) functionality that will be important for coming 4-D trajectory operations, Albert said.

Honeywell’s "intent and strategy" for the A350 is to provide FMS and AESS commonality with the A380, using the same hardware and baseline software, he said. As with the Thales effort, Honeywell’s program is being managed to achieve early maturity, so that when the A350 first flies it will be with a mature FMS and AESS.

"The goal of maintaining hardware commonality between the A380 and the A350 — that has a lot of benefits in running an A350 development program and focusing on early maturity," Albert said. "We are doing some hardware work, of course, because the A350 is a different aircraft than the A380, (with) composites, a different size, different vibration spectrum and so forth. But we’ll keep the hardware common at the end of the day. So the majority of our focus is on the software and on the delta functions that the A350 will introduce beyond the functionality that the A380 has already introduced."

The Avionics Data Network of the A350 is another example of the technology continuum from the A380 to the new wide body. As it does on the A380, Rockwell Collins is providing the AFDX switches of the data communications backbone, connecting IMA systems and applications. The improved architecture of the A350 consists of 18 AFDX switches compared to 16 each on the A380 and the new A400M military transport.

The A350 represents the most-ever content for Rockwell Collins on an Airbus platform. In terms of sole-source, supplier furnished equipment (SFE), the company’s content on the A350 is five times what it has on the A380, said Claude Alber, Rockwell Collins senior director of Airbus programs. When adding selectable SFE, or buyer furnished equipment (BFE), the company’s A350 content is twice that on the A380.

Rockwell Collins also has system integration responsibility for the Information Management Onboard solution, a hosting platform for flight operations, aircraft maintenance and airline applications. The information management system is composed of two cabinets with computing, memory and connectivity resources, "infrastructure" software and a Class 2 electronic flight bag (EFB) interface. Flight operations and aircraft maintenance functions are being developed by Airbus.

"We are now a system integrator to Airbus as opposed to a box supplier," explained Alber.

"Part of the system integration responsibility that Airbus designers had before is now transferred to Rockwell Collins. That’s a very important move in the way Airbus is working with their suppliers as partners. It’s also an important move on our side because we truly have two roles — one which is a system integrator role and one a traditional supplier role."

Asked if the new relationship with Airbus presents a challenge, Alber said, "Any new development, particularly a program of this size, is a challenge. We are taking this very seriously; we are measuring our responsibility. I cannot say it’s not a challenge — there are significant developments. But we are organized and on track for success."

Below is a list of A350 XWB aerostructure, systems and cabin equipment suppliers provided by Airbus. 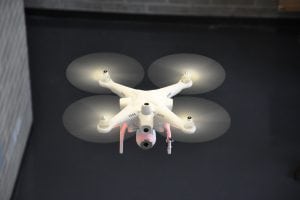