More than anything else, safety concerns are pushing developments and purchases in helicopter avionics as the commercial rotorcraft world focuses attention on slashing accident rates, especially among emergency medical service operators.

To that end, manufacturers and operators are looking at a variety of equipment that helps crews safely accomplish missions in just about any weather, terrain or climate. These systems include anything that improves situational awareness, such as integrated avionics suites, terrain awareness and collision avoidance systems, as well as flight data and cockpit voice recorders, radar altimeters, night vision systems and diagnostics packages that predict mechanical failures.

The nature of helicopter missions — ranging from logging operations in remote forests to rescues in all kinds of weather, to hopping around oil platforms in the North Sea to ferrying executives around Manhattan — naturally entails greater risks than most commercial fixed-wing operations. There is no comparison with the airline world, a point driven home by the simple observation that the National Transportation Safety Board (NTSB) measures airline accidents per million flight hours (zero major airline accidents in 2007 and 0.104 in 2006) while helicopter accident statistics are counted against 100,000 hours.

Although industry and government regulators want to improve safety in all types of helicopter operations, efforts have been driven by high-profile EMS accidents that have caused public outcry and attracted congressional attention. On Feb. 3, NTSB was to convene three days of public hearings in Washington, D.C., dedicated to safety in helicopter EMS operations. At this writing, there had been seven EMS accidents in 2008 in the United States, causing 28 deaths.

The International Helicopter Safety Team (IHST), which unites helicopter operators, manufactures, academia and government regulators, is working to chop the helicopter accident rate by 80 percent over the 10 years beginning in 2006.

There are 26,000 registered civil helicopters in the world, according to IHST. Using records kept by governments and helicopter manufacturers, the team pegged the worldwide civil helicopter accident rate from 2001 to 2006 at 9.4 per 100,000 flight hours to establish a baseline. That number will have to drop to 1.9 by 2016 to achieve the organization’s goal.

Statistically speaking, rotorcraft flying isn’t much safer in the United States. The 2006 starting point for the U.S.-registered fleet is 9.1 per 100,000 flight hours, due in no small part to the frightful accident rate among EMS operators.

"A lot of the mitigation strategies that we’re going to be coming up with and announcing in the near future are going to be avionics driven," said Rhett Flater, executive director of American Helicopter Society (AHS) International, a pivotal player, along with Helicopter Association International (HAI), in the IHST effort, which began in 2005.

Next September in Montreal, IHST will unveil "a ton of data" about accident causes, as well as potential mitigation strategies and high-level recommendations that will include avionics systems, Flater said. "It is going to drive, undoubtedly, new avionics systems that improve situational awareness," he added.

The goal is to generate enough scientific data to form a new consensus in the helicopter community about safety that compels voluntary adherence to new operational and equipment standards from as many operators as possible. Ultimately, government regulators will mandate some of those changes, as they have in the 121 and 135 worlds, where technology including Ground Proximity Warning Systems (GPWS), TCAS and weather radar are requirements. The wrong solution, say people in industry, would be for Congress to pass legislation out of a compulsion to "do something" about helicopter safety.

In an effort to push along voluntary compliance, IHST is also speaking with insurance underwriters about reducing premiums for operators that install safety equipment and train crews how to use it.

"The helicopter guys are very concerned about safety. They want to improve their ability to take off from anywhere and in any conditions," said James Zentner, program manager at Astronautics Corp. of America. Astronautics manufactures a range of situational awareness products, from electro-mechanical ADIs and HSIs to PFDs, MFDs and electronic flight bags. The company also produces a glass cockpit upgrade for the UH-1 Huey military helicopter.

"We are seeing a big uptick in GPWS sales right now by EMS operators because they foresee a mandate," Kult said.

Honeywell, which draws on a wealth of experience from its fixed-wing EGPWS, helped write the FAA’s technical standard order (TSO) document for a helicopter TAWS. The company’s Mark XXI Helicopter EGPWS, which provides terrain alerts to VFR-equipped helicopters without radar altimeters, has been a strong seller.

Air ambulance provider Air Methods Corp., based at Centennial Airport outside of Denver, is among helicopter operators equipping its fleet with the Mark XXI EGPWS. Offshore oil industry operators Era Helicopters and PHI also have expressed interest in EGPWS.

"We’re pumping them out of the factory pretty quick right now," Kult said.

Air Methods, the largest, publicly owned air medical services provider in the United States, operates 349 rotary- and fixed-wing aircraft. About 90 percent of the fleet is helicopters; of that, 70 percent are Eurocopter models and 25 percent Bell. The company at this writing said 16 percent of the fleet was equipped with terrain awareness warning systems.

"Air Methods believes it is critical for us to be very proactive about safety equipment and our goal is to equip our entire fleet with this technology," the company said in response to an Avionics query.

In anticipation of a mandate for TCAS similar to the one for TAWS, Honeywell is integrating its TCAS, TAWS and weather radar in a single box and calling it the Integrated Hazard Awareness System (IHAS). Users who have one element of the triad can upgrade quickly to get all three and enjoy a weight savings to boot.

"If you’re already flying a Mark XXII and you need to go to TCAS, we can do the whole enchilada for like a pound increase in weight," Kult said.

As with all aviation accidents, the vast majority have a human at their core, be it a pilot, mechanic or controller. Controlled flight into terrain (CFIT) comes up repeatedly in helicopter accidents as pilots test themselves against the harshest flight conditions: reduced visibility, low altitudes, unseen or invisible obstacles. Adding to the challenge, many EMS helicopters are flown by a single pilot.

"CFIT is the big killer in helicopters because they don’t really have minimums," said Gordon Pratt, CEO of Chelton Flight Systems, Mineral Wells, Texas. "These guys want to go save people no matter what the conditions are, so they end up flying VFR aircraft into conditions that they call VFR but would make a fixed-wing pilot just pass out, like quarter-of-a-mile visibility and heavy snow."

Chelton has a line of products hardened for the special rigors of helicopter flight, an FAA requirement from its participation in the Capstone technology demonstration in Alaska. The cost of converting avionics used on fixed-wing aircraft to helicopter use is significant, Pratt said. Among the hazards are vibration, electromagnetic interference (EMI), high-intensity radiated fields (HIRF), and salt spray for marine applications.

When Chelton began developing systems for fixed-wing aircraft, the requirement for EMI and HIRF was to resist 100 volts per meter. But certification for European day-VFR use by helicopters is 7,200 volts per meter, "basically like operating inside a microwave oven," Pratt said.

Pratt sees tremendous interest in synthetic vision systems (SVS) from commercial as well as law enforcement and military operators. TAWS and night vision goggles are being pushed to reduce CFIT accidents, he said, but unlike synthetic vision, which can help in fog, dust or smoke, the goggles only help in the dark.

Chelton’s FlightLogic Synthetic Vision EFIS provides 3-D imagery of terrain and charted obstructions along with highway-in-the-sky graphics, which enable the system to fly instrument and visual approaches by itself when coupled with Chelton’s HeliSAS Digital Helicopter Autopilot or another manufacturer’s autopilot. To mitigate crashes resulting from disorientation in brown-out or similar situations, FlightLogic can provide a cue known as a "hover vector" on the primary flight display that tells the pilot which way is up.

"While our system works equally well in a 172 or a Citation or a King Air or a helicopter, the price makes it more attractive to helicopters than to fixed-wing" operators, Pratt said. "I’d say half of our business now to support EFIS is in helicopters," he added.

Honeywell, which provides synthetic vision for Gulfstream business jets, is developing a helicopter SVS for the Primus Epic glass cockpit now flying on the AgustaWestland AW139. The SVS, which overlays information from Honeywell’s massive EGPWS database on a 3-D display, was flying on a company test helicopter. Honeywell is aiming for FAA certification by 2011.

Rockwell Collins was the first manufacturer to bring TCAS II, which provides pilots with resolution advisories to avoid midair collisions, to the rotorcraft market (see sidebar). In a partnership with Bristow Eastern Hemisphere and Shell Aircraft, a TCAS II-equipped Super Puma last spring began flying long-range mission from Scotland to oil platforms in the North Sea.

The R44 Grand system integrates primary flight instruments, engine instruments and multifunction display system functions such as enhanced vision when linked to a camera, and a Terrain Obstacle Proximity System. The combination of these features results in a better dispatch rate, better reliability, lower operating costs, and safer operation by increased situational awareness, according to Sagem Avionics, Grand Prairie, Texas.

While many helicopter accidents can be chalked up to human error, mechanical failures also claim their share of downed aircraft. To reduce the odds of major malfunctions in flight, Honeywell supplies a rotorcraft Health and Usage Monitoring System. HUMS uses sensors placed inside the critical parts of the drive train that monitor vibration signatures and raise a warning flag before a tail rotor or a gearbox fails.

That information still has to be downloaded and analyzed, jobs not performed on time by every operator, Kult said. To that end, Honeywell is offering Condition-Based Maintenance, providing for data to be transferred automatically from the aircraft to Honeywell, which does the analysis and notifies operators of potential problems. 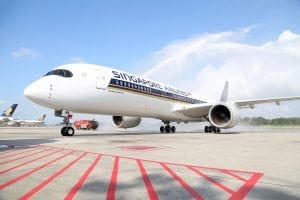 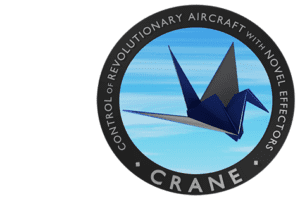