In less than 10 years, the Network-Centric Operations (NCO) concept has emerged from the pages of scholarly journals to become a major military initiative commanding a significant portion of U.S. defense spending.

Also known as Net-Centric Warfare, the concept aims to transform the battlefield by using network technologies to breach the traditional barriers between ground, ship and air-based forces, including unmanned aircraft systems, and to distribute critical data to the warfighter.

The goal is to direct that information not just to strategic headquarters but also "to the sergeant who has to take a squad into a block in Baghdad, special operations forces deep in Afghanistan or a pilot" on patrol, said Terry Morgan, director of net-centric strategy, with the Global Defense, Space and Security Group of Cisco Systems, San Jose, Calif.

NCO has sparked a welter of development activity, including everything from massive technology infrastructure to intricate communication technology initiatives.

It has been something of a juggernaut, growing quickly from nothing to about a $60 billion market, said Wayne Plucker, senior aerospace and defense industry analyst with Frost & Sullivan. That tally includes spending on new programs but also systems that were already in the pipeline and are now being designed for NCO. Navy ships, Air Force aircraft and Army and Marine vehicles "all have to make accommodations to the network, so there is an embedded cost in practically everything that is being RDT&E’d (research, development, test and evaluation) and purchased," Plucker said.

The growth tailed off, however, in the last year, said Plucker. "I think right now it is marking time until some breakthroughs occur, and of course the military budget has largely been spent elsewhere," Plucker said.

The NCO initiative does face steep hurdles, and several programs have been restructured and delayed. Lack of sufficient radio frequency and bandwidth are the most frequent complaints. There also are the issues connected with adapting a host of legacy systems to the NCO environment. Delivering the network reliably to a moving vehicle, such as a Humvee, the so-called "common the move" aspect, has been particularly difficult, Plucker noted.

However, a who’s who of systems integrators and military, satellite and information technology companies are toiling to solve these and other NCO issues on an almost countless number of initiatives.

There are four key programs designed to build out the GIG infrastructure, beginning with GIG-Band Expansion (GIG-BE), which has already established the grid’s terrestrial network composed of fiber-optic cables connecting 87 critical sites in the continental United States and the European and Pacific theaters. Launched in 2001, the network reached full operational capability in December 2005, according to the GIG-BE project manager, the Defense Information Systems Agency (DISA).

"A few outlying nodes remain; they will be connected in the future, however, the network is accredited to support operational traffic classified up to and including Top Secret and is in the process of being populated," said Cureton.

SAIC, based in San Diego, was selected as a prime contractor on the effort to develop, build and maintain the GIG-BE network under an $87 million contract. The network has increased bandwidth and access to the GIG. "As long as you are near a node on the network, you can connect up to the GIG," said Cureton.

The Transformational Satellite Communications System (TSAT) promises to deliver further improvements in connectivity, capacity, interoperability, availability, security and speed to the GIG, according to the TSAT program manager — the Air Force Space and Missile Systems Center (SMC) in Los Angeles. The program involves the launch of five military satellites into geosynchronous orbit, equipped with laser communication links and Internet-like routers.

The first TSAT satellite is scheduled for launch in 2014, with full operational capability scheduled for 2018, according to SMC. TSAT will include common-the-move capabilities, an interface to the GIG as well as Intelligence, Surveillance and Reconnaissance (ISR) and significantly increased protected communications capacity, said Richard Pino, SMC’s TSAT program director.

The satellite system will be able to support "mobile platforms, such as Army Humvees, traveling 40 miles per hour," said Pino. The "interface to the GIG will allow these vehicles to talk to each other and to the satellite for reach-back to headquarters and other locations." The ISR capability "provides the ability of our system to communicate with airborne and space ISR platforms. This will greatly enhance situational awareness by increasing the flow of critical intelligence."

"We are supporting non-classified and classified networks and introducing a service-oriented architecture framework for the entire Department of Defense and portions of the intelligence community," said Edward Siomacco, vice director of the GIG Enterprise Service Program Executive Office at DISA.

The NCES acquisition phase wrapped up last December with the award of an $89 million contract to Computer Sciences Corp. for the program’s Service-Oriented Architecture Foundation, which includes enterprise service management and security. The DISA organization had earlier inked separate service contracts with IBM Lotus Sametime for collaboration tools and Carahsoft Technology Corp. for Web conferencing, instant messaging and chat capabilities, Siomacco said. It also is adopting the intelligence community’s "Intelink" network for its search engine and Army Knowledge Online (AKO) for its portal.

"We adopted AKO because it brought with it a large user base," now numbering about 2 million, Siomacco said. "Because we adopted it," he added, AKO has grown across the defense enterprise to become Defense Knowledge Online.

"We have deployed these capabilities, and we have customers on line today, through a series of early user tests," Siomacco said. The system was approaching an Initial Operation Test & Evaluation phase this summer and expected to move to final operating capability by fiscal 2010.

The Joint Tactical Radio System (JTRS) will provide software-defined radios for warfighters to connect to the grid. The program’s purpose is to "develop, produce, integrate and field a family of interoperable, digital, modular, software-defined radios that operate as nodes in a network to ensure secure wireless communications and networking services for mobile and fixed forces," according the JTRS Joint Program Executive Office, based in San Diego.

The JTRS program is divided into parts addressing different domains, In March, for example, the U.S. Air Force Electronic Systems Command at Hanscom Air Force Base, Mass., awarded a $766 million prime contract to Lockheed Martin for system development and demonstration of the Joint Tactical Radio System (JTRS) Airborne, Maritime and Fixed Station (AMF) program. The AMF aspect of JTRS focuses on fixed and rotary wing aircraft, ground installations, ships and submarines. In June 2002, a Boeing-led team was awarded a $475 million contract to develop the JTRS Ground Mobile Radio (GMR), which will be implemented on Army ground vehicles.

JTRS units are slated to replace many of the Multifunctional Information Distribution System Low Volume Terminal (MIDS-LVT) radios in use today. That program has in fact been incorporated into JTRS. Two companies — ViaSat, Carlsbad, Calif., and Data Link Solutions, a limited liability company composed of Rockwell Collins and BAE Systems — are developing an upgraded MIDS-LVT terminal called MIDS-JTRS.

TTNT has been successfully demonstrated in a host of exercises, including the Joint Forces Exercise (JFX), Schamberger said.

TTNT is one of many programs and technologies now being designed to boost or support the net centric battlefield. Among them:

Aside from NCO specific initiatives, there are many new and old programs that are being primed for the net-centric environment.

"All of our programs have NCO requirements weaved into their capabilities," said Tim Norgart, director, Business Development Airborne Anti-Submarine Warfare & ISR Systems at Boeing. "We are spending a lot of time working those NCO requirements into our computing baseline architectures and communications architectures."

The technology is being built into existing platforms, such as the AWACS aircraft (Boeing 707-320) and the P-8 Poseidon (Boeing 737-800) currently being developed for the U.S. Navy. A follow-on to the P-3 Orion, the Poseidon will use a battery of advanced systems to fulfill missions including long-range anti-submarine warfare, anti-surface warfare and ISR. With all the sensor technology on board, "they create a wide variety of customers that want and need that information," Norgart said.

Training and simulation programs are also adjusting to the net-centric world. As the NCO environment gets more complicated, "it will become much more of a training issue," said Steve Monson, chief technologist for Training Systems and Services at Boeing. "We have a very robust virtual distributed environment," Monson said.

"That same environment is also used very heavily in developing and demonstrating the NCO concept because it is not about a single platform (but) a whole host of platforms and communications and how they are tied together."

Training for the NCO in the aviation environment "is based very heavily on modeling and simulation," and the company is developing new simulation technology for the NCO environment, Monson said. 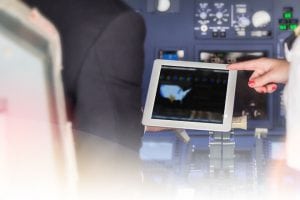 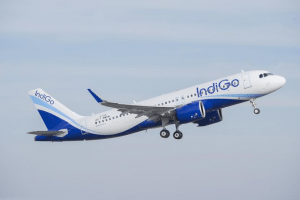 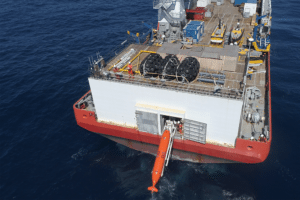