Eclipse Aviation, Albuquerque, N.M., on Tuesday said it secured financing and regulatory approvals to begin construction of a factory in Ulyanovsk, Russia, to assemble its Eclipse 500 very light jet (VLJ). The Russian State Bank Vnesheconombank (VEB) Supervisory Board, which approved the request, said it expects to finance the project in full, with a total value of $205 million. The financing comes several days after Eclipse Aviation lost its biggest customer, DayJet, which ceased operations over the weekend. This summer, Eclipse Aviation laid off hundreds and replaced its CEO as it struggled to find financing sources. "VEB's decision to support the Eclipse 500 at this level, illustrates the strength of the global demand for this amazing jet," said Roel Pieper, Eclipse Aviation CEO. "Obtaining this approval and financing is an enormous step forward in our efforts to globalize the Eclipse 500 and create a highly competitive worldwide business model for Eclipse Aviation." Eclipse Aviation said the export of the Eclipse 500 Jet components to Russia complies with United States and Canadian export regulations. Production at the Russian facility is expected to begin in 2010, with the factory’s ultimate capacity of 800 jets a year. Eclipse said production at its headquarters in Albuquerque will continue in full prior to and following the start of the Russian facility's operations. For related news 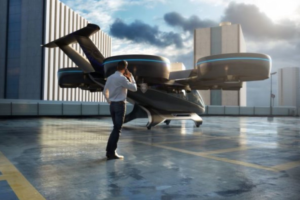 F-35: How the Trillion-Dollar Program Got Here and Where It's Going

King Airs Will Have Class 3 EFBs