Boeing, in partnership with Salem, Utah-based ImSAR and Insitu Inc., based in Bingen, Wash., flight tested NanoSAR, the world's smallest Synthetic Aperture Radar (SAR), aboard the ScanEagle unmanned aircraft. During the 1.5-hour flight Jan. 7 in Boardman, Ore., the aircraft, with ImSAR's NanoSAR payload, completed several passes over the target area at various altitudes and ranges. Boeing said data collection onboard the ScanEagle worked as planned, and SAR imagery was later created on the ground. The next step in flight testing will be to create imagery aboard the aircraft in real time, Boeing said. ImSAR said the NanoSAR system weighs 2 pounds and is about the size of a shoebox. The weight of standard SARs ranges from 50 to 200 pounds, Boeing said. ScanEagle carries inertially stabilized electro-optical and infrared cameras, which are gimbaled to allow the operator to track stationary and moving targets. Capable of flying above 16,000 feet and loitering over the battlefield for more than 24 hours, the platform provides persistent low-altitude reconnaissance.

Safety in Avionics: Hazards in the Cabin 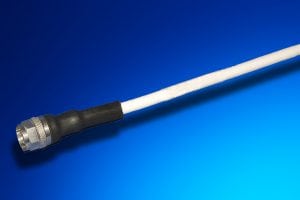