BAE Systems, Johnson City, N.Y., said it will upgrade the situational awareness and targeting control on the A-10A Thunderbolt II aircraft for the Air National Guard and Air Force Reserves. Financial terms were not disclosed. The upgrade will improve pilot awareness of the position of friendly ground forces. It also will reduce pilot workload by automatically transferring target coordinates within the aircraft’s internal systems and to other aircraft on the network. The company said during 2008, BAE Systems will modify more than 100 Air National Guard and Air Force Reserve A-10A aircraft stationed around the country. The A-10A is a single-seat, twin-engine jet aircraft. “This system will allow the pilot to perform more hands-free tasks that would otherwise require diversion of attention from the primary flight controls of the aircraft,” said Andrew Gecelosky, a senior analyst at the National Guard Bureau in Arlington, Va. “That’s a significant benefit for an aircraft with a close air support mission like the A-10A.” BAE Systems is developing the aircraft modification in its Johnson City, N.Y., facility. 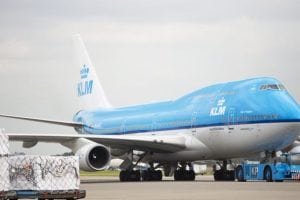