Dennis Zvacek is manager of Avionics Engineering with American Airlines, and serves as chairman of AEEC, the ARINC conference formerly called the Airlines Electronic Engineering Committee.

Zvacek first put his love of airplanes to work as an instrument technician on U.S. Air Force F-4D aircraft based in Europe. After returning to the United States and working briefly at a local avionics shop, he joined Air California. His work as a Radio and Electrical Mechanic and as part of a team that built AirCal’s avionics shop provided the foundation for his move to engineering. When AirCal merged with American Airlines in 1987, Zvacek moved to Tulsa, Okla. Since then, he has worked his way up to manager of the Avionics Engineering group. Over the years he has been project engineer for Omega navigation, TCAS and GPS navigation system installations. He served as chairman of the AEEC GPS and XLS Subcommittees, the groups that wrote Multi-Mode Receiver specifications. Zvacek has been American Airlines’ representative on AEEC since 2001 and was elected the first airline chairman of that group in 2005. At the AEEC General Session in Hamburg, Germany, in September, he will relinquish the chairman’s role to Greg Kuehl, of UPS.

In a recent interview with Avionics Editor Bill Carey, Zvacek discussed organizational changes at AEEC, his chairmanship and the future of the conference.

Q: Could you give us a brief description of AEEC, the members of the organization and your mission?

A: AEEC is an industry organization that develops technical standards and solutions for avionics, cabin systems, networks, things of that sort that are used in aircraft, typically air transport aircraft used by airlines and the military. Our members are airlines, military organizations, general aviation organizations such as NBAA [National Business Aviation Association], airframe manufacturers and some of our equipment suppliers. Membership is basically open to the industry, either through direct membership or associate membership.

Basically we want to provide benefits to the operators of the aircraft in both capability and cost. Standards or specifications promote competition and that’s good because it promotes technical competition as well as economic improvements through interchangeability and basically reduced lifecycle costs.

Q: How did you become the first airline chairman of AEEC, and who had served in the chairmanship prior to that?

A: It’s one of several evolutionary changes that have taken place with AEEC over the last few years. Previously, in 2005, a senior member of the ARINC Industry Activities staff was the chairman of AEEC. With the development of the new Executive Committee, the chairman was elected from the Executive Committee. The committee is made up mostly of airline engineering folks. I was fortunate to be elected as the chairman in 2005. The way we’ve got it set up, the chairman is in position for two years; it moves from general session to general session. At the mid-term [session], a chairman-elect is elected and the chairman-elect stands in and prepares to take over the chairmanship one year later.

Q: You’ve mentioned some recent organizational changes to AEEC. Could you expand on that?

A: There have been changes in membership and governance of the committee, and also on the funding and finance side. I think the best changes have been in the membership area. We’ve basically opened up the membership to more organizations. You can become a member of AEEC financially and with some participation in the activities of the organization. From the group of members, we select an Executive Committee. The majority of the Executive Committee is made up of airline representatives throughout the world. We have seats reserved for all of the ICAO regions and all of the regions of the world. We also have seats for airframe manufacturers; at this point Boeing and Airbus are active members. We have seats for military organizations throughout the world — the United States Air Force is active in our group at this time — and general aviation groups. NBAA has been a member and continues to be an active supporter.

Q: How is this new business model or structure faring, and are you drawing in more membership in total numbers?

A: It’s going OK. We probably have plenty more opportunity. Part of the changes that happened recently [involved] a new funding and financial system for the support of AEEC and also all of the Industry Activities that ARINC has been shepherding over the last few years.

The previous funding mechanism was pretty antiquated, based on a formula that was developed several decades ago. We’ve developed something that is now tied to company size, airline activity, and I think it’s a lot more fair and balanced.... Now we have a chance to initiate a little publicity to promote the benefits of our organization. That’s our challenge right now. We’ve had some additional airlines join the organization and some that are working on renewing their membership.

Q: How can AEEC maintain its relevance, as the airline and aircraft manufacturing businesses change so radically?

A: We’ve asked ourselves that several times over the last few years. We’ve even wondered if the organization was still relevant. We came back with a positive answer. Basically we can stay relevant by listening to each other. That’s been the value of bringing the airframe manufacturers closer into our organization and opening up our membership.

Avionics has changed drastically in the last decade or so. Integrated architectures have taken over the federated layouts that we had in the past. It’s no longer one box for every system; hardware and software are deeply integrated. We looked at this, and as we were going through our new organizational changes and our new funding and the response to our funding opportunities, we’ve asked the question: are we still relevant? If you look at the 787 and the A380 and the A350 that’s coming, there is still a lot of specification work to do and a lot of what we’ll call AEEC content in those aircraft.

We’ve even kind of talked about this as sort of a branch. On one side you have EUROCAE and ICAO and RTCA and the performance specification operations; on the other side are the airframe manufacturers and the operators and the people who build the equipment. But in the middle, you need that technical specification to tie the two together. Our airframe companies and our suppliers have said, if AEEC wasn’t here providing that technical standard, someone would have to do it, and we’d either have a plethora of standards or we would end up recreating the organization.

Q: At your mid-term meeting, AEEC approved an ARINC project on electronic flight bag (EFB) interfaces. Could you describe that work, and how important EFBs are to the airlines?

A: AEEC has taken a couple of runs at electronic flight bags from the standardization point of view. Those units are so versatile and, typically, fairly customized to the operator, that we couldn’t really lay out a standard for a piece of equipment that’s a lot like a laptop computer, or a basic handheld computer. There are some pretty good classes and capabilities laid out in the different EFB documents so far. But we did identify one area that I think we can work as EFBs proliferate. In the air transport industry, electronic flight bags have not been developed or deployed widely. A few companies are using them; in business jets, in the regional areas, they’re more common. But I really see that electronic flight bags will be very common in the airlines in the future.

The work that we identified in AEEC as far as EFBs is we think we can provide a basic interface standard, as Class 3 or fully functional, hard-installed systems are coming into more and more airplanes. Operators are also identifying the need to utilize Class 2 devices, which are portable. You can take them with you on an airplane and use them for other purposes and bring them back and plug them into the airplane. That interface between the aircraft for a Class 2 device for power and some data interfaces, and even, perhaps, interfacing a Class 2 device with a Class 3 system that’s full up and functional in the airplane — that’s the area we’ve identified that we think we can do some work with and provide some standards activity.

A: In the near term, AEEC has done some very good work and in a lot of ways is leading in the area of data security, both security of data on the networks within the airplane and with the airplane communicating with the ground or other aircraft. We’ve got some standards now that provide a pretty good structure for security.

As airline operators, we don’t want to be overwhelmed with a system that is so secure that we can’t use it. This document we’ve prepared provides a structure for applying the proper level of security, the proper control, depending on the system and the data that’s available. The other [area] that I can identify would be the traffic computer work. That’s going to support the Automatic Dependent Surveillance activity, and the near-term changes in the airspace, both in Europe and the United States.

In the far term, we continue to work on our infrastructure standards as new aircraft come around. There are a lot of network standards that we use both in the avionics area and the cabin area, for in-flight entertainment and cabin management systems.

Q: What do you feel have been the greatest accomplishments during your term as AEEC chairman?

A: That one’s kind of difficult to answer, because I don’t really see this as an individual activity. There is one opportunity I have come across — that was what we call the Committee Strategy Team. That was a group of representatives from AEEC, the Avionics Maintenance Conference and the Flight Simulator Engineering Conference. We teamed together to develop the changes to our Industry Activities, both in structure and funding. To work with an industry team [on] standards activities and update our processes was a very positive activity.

I believe now we have a good structure in place, a good frame work, and we can build on that in the future. ARINC is going through some changes. Our standards activities, I believe, are secure in their structure. 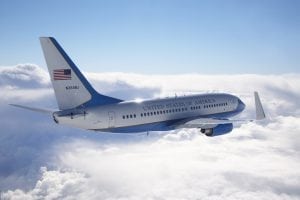 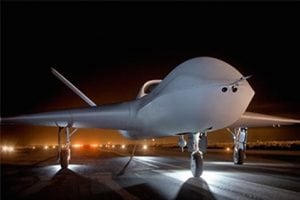