Ensor will be responsible for programs and operations of the Surveillance and Remote Sensing business area, including operations in Baltimore; Azusa, Calif.; and Boulder and Colorado Springs, Colo.

Ensor, who joined the company in 1979, has held a variety of positions including program manager for the Stingray Laser Program and program director for a classified radar program. Since 2005, he has served as vice president of Combat Avionics Systems. Visit www.northropgrumman.com.

Luxell Technologies, Toronto, named Richard Pepperall vice president, design and engineering. Pepperall was most recently at L-3 Communications Electronic Systems, where he was responsible for design and development engineering of display products used in the Apache helicopter, Boeing C17 and the A10, F18 and F16 aircraft.

Anthony Pierro was named vice president of operations with additional responsibility for facility and security management. Pierro joined Luxell in 2005 after 27 years in the aerospace and mining industries. His experience includes time with Northrop Grumman Canada, where he held various engineering and management positions. Visit www.luxell.com.

Braasch has been involved in navigation system research since 1985. He joined the Avionics Engineering Center in 1989 and the Russ College faculty in 1994. Braasch, one of the co-inventors of a specialized GPS antenna for use at airports, is internationally recognized for his work in analyzing and improving GPS accuracy. He is researching GPS software radio design, advanced cockpit displays, high-dynamic flight-testing and navigation of unmanned autonomous vehicles. Visit www.ohio.edu/avionics.

Nicholson has been in the aviation industry for more than 25 years, with positions in engineering, customer support, quality assurance and marketing. Visit www.acrohelipro.com.

Christian Zumkeller was promoted to the position of technical sales for the Europe office of Universal Avionics, Tucson, Ariz.

Lufthansa Technik AG named Bernhard Conrad chief technology officer. He will also be senior vice president of design organization and innovation. Conrad joined Lufthansa Technik as a systems engineer in 1985. From 2002 to 2006, Conrad was responsible for the company’s completion center.

Schmitz joined Lufthansa in 1981. He was named senior vice president of material management in 1994 and managing director of Lufthansa Technik Logistik in 1997. After heading the Marketing and Sales division from 2000 to 2003, he was appointed general manager of Ameco Beijing, the joint venture of Air China and Lufthansa. Visit www.lufthansa-technik.com. 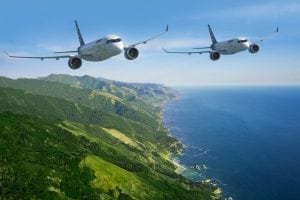 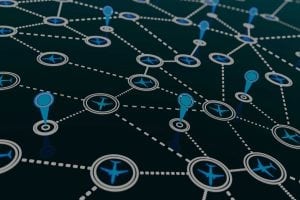