With respect to air safety, improved technology cannot be deployed speedily enough to help prevent further deaths from controlled flight into terrain (CFIT) accidents. When a type of accident is so pervasive that it has acquired its own acronym, CFIT, well, that’s a big problem.

The technology that can slay the CFIT monster is the enhanced version of ground proximity warning systems (GPWS), or EGPWS. To describe its functioning in the simplest terms, EGPWS compares the airplane’s position in three-dimensional space to a terrain database stored in an onboard computer. If the airplane is headed towards a collision with the ground, EGPWS alerts the crew to take evasive action. This look-ahead feature is the critical difference.

First-generation GPWS technology looks straight down, using the airplane’s radio altimeter to provide warning of threatening terrain. Against gently rising terrain, its warning is better than nothing. But, as one pilot described its limitation, GPWS would remain silent in an airplane flying across level ground–and straight toward a vertical cliff.

The enhanced version looks ahead, providing early warning against all types of terrain. Its technology comes as standard equipment on virtually all transport-category airplanes coming off the production line. For retrofitting the existing fleet, the regulatory authorities of various nations have called for the installation of EGPWS between Jan. 1, 2005, and June 1, 2005, depending upon the country.

Maybe that implementation date should be moved up by at least a year. The Nov. 24, 2001, fatal crash of a Crossair regional jet underscores the need for accelerated action. It was a classic "dark and stormy night" when the Avro RJ-100 jet was approaching Zurich International airport after a one-hour flight from Berlin. Time: about 10 p.m. Weather: light snow. Visibility: two miles (3.2 km) with scattered clouds at 600 feet (183 meters) above the ground–significantly below the minimum descent altitude of 974 feet (300 meters) for the non-precision approach to Zurich’s runway 28.

Capt. Hans Lutz piloted the Crossair jet. With 19,000 hours, he was experienced, although he had only 286 hours in the RJ-100. He’d been awake since about 7 a.m. that morning. First Officer Stefan Löhrer was inexperienced by comparison, with 392 total hours and just 250 hours in the RJ-100. Between them, the pilots had less than 600 hours on the Avro RJ-100 jet and were in their first winter season of flying a jet.

The original plan for a straight-in ILS landing on runway 14 was changed due to restrictions on flying in German airspace after 10 p.m. This kept the airplane in marginal weather for a longer period of time. One pilot described the 974-foot minimum descent altitude above the airfield elevation at 1.1 nautical miles from the threshold as an "impossible missed approach point."

Indeed, the RJ-100 was third in line for the approach. A Crossair ERJ 145 regional jet was the first of the three inbound for runway 28. Its crew reported after landing that visibility was at minimum and, according to one unconfirmed account, the crew also reported picking up a noticeable amount of ice down to its turn onto the final 275 degree azimuth for landing.

A Crossair Saab 2000 twin-turboprop was second in line. Its crew reported marginal visibility to the tower; visual contact with the runway’s approach lights was acquired at 2.2 nautical miles from runway 28’s Kloten VOR/DME. This left very little time from seeing the runway to the missed approach point.

Capt. Lutz, about a minute behind the Saab 2000, pressed on, his anti-icing equipment activated. It appears from the preliminary account of the Swiss accident investigation bureau, the Büro für Flugunfalluntersuchung (BFU), that Lutz’s RJ-100 was too low by about 1,000 feet (305 meters) a good three to four minutes before the crash. At 10:06 p.m., the radar altimeter, set to alarm at 300 feet (91 meters), sounded its warning. At this point, the airplane was too low by a good 600 feet (182 meters), given that the minimum safe altitude was 974 feet.

It Was Too Late

There were scant seconds for the Crossair crew to react when trees loomed out of the darkness. Just moments before impact, Lutz called for a go-around. It was too late. A surviving passenger reported that the approach to landing was smooth, and that at first he thought the airplane had landed "hard" on the runway, not crashed into the forest. Of the 33 passengers and crew on board, 24 were killed, including Lutz and Löhrer.

Of the 20 Avro RJ-100s Crossair operated on the day of the accident, 16 had been equipped with GPWS, and the four newest planes had been outfitted with EGPWS. Crossair plans to fit all its aircraft with EGPWS. Unfortunately, the accident airplane had not yet been fitted with the enhanced technology. Its GPWS was functional throughout the flight, but here’s the kicker: when the airplane is in the landing configuration, the GPWS will not warn of insufficient terrain clearance.

"This is the ‘Achilles heel’ for GPWS," says Don Bateman, chief engineer for flight safety systems at Honeywell International Inc. Honeywell is one of the leading suppliers of terrain awareness warning systems (TAWS), and Bateman’s personal commitment to give pilots every possible defense against CFIT is well known throughout the industry.

The absence of any GPWS alarm in the BFU’s preliminary account of the Crossair accident stems from the simple fact that there was none. Which raises the obvious question: if the airplane had been outfitted with EGPWS, how much warning would have been provided? With initial contact with the trees occurring about three nautical miles short of the runway threshold and the main crash site another mile down range, it is estimated that EGPWS would have sounded an alert 17 seconds prior to first contact. It would have commanded, "Too Low Terrain!" At 15 seconds, the alert would have changed to "Terrain! Terrain! Pull up!" This alarm would have repeated six or seven times before impact. Even if Lutz had been in a fog of fatigue, the jolt of the alarm message probably would have prompted a life-saving response.

The Crossair crash marked another tombstone in what might be called the "CFIT cemetery." Bateman’s census of CFIT accidents involving jets equipped with the "plain vanilla" GPWS reveals that more than 1,200 aircrew and passengers have been killed since 1990 in 26 CFIT accidents which occurred less than 10 miles (16 km) from the runway threshold. It is a death toll greater than may be generally realized. The Crossair crash was typical of such accidents, some 70 percent of which occur within five miles (8 km) of the runway threshold, the point where aircraft are configured for landing and the GPWS system goes silent.

The fatal 1997 crash of a Korean Air B747 at Guam is the deadliest in Bateman’s tally. If the accident airplane had been equipped with EGPWS, the flight crew would have had more than 50 seconds’ warning that they were headed to impact with Nimitz Hill, located about three miles (4.8 km) short of the runway threshold.

An average of two CFIT crashes per year for transport-category aircraft is unacceptable. EGPWS deployment should be accelerated and expanded to include small regional, air taxi and general aviation aircraft. The system prevents accidents during non-precision approaches and can aid in achieving the axiom that rubber, not aluminum, always should touch the ground first.

Don Bateman, Honeywell’s chief engineer, flight safety systems, provides a knowledgeable perspective of terrain clearance warning. His comments below discuss the Crossair accident, how Enhanced Ground Proximity Warning Systems (EGPWS) work, and how many aircraft are fitted with the system.

"If the [accident] aircraft had been configured for landing, the GPWS would not give a warning for insufficient terrain clearance, and if the descent rate was less than about 1,200 fpm, there would have been no alert or warning. This is the ‘Achilles heel’ for GPWS: There was insufficient terrain clearance warning because the aircraft had been configured to land.

"Geometric altitude, independent of barometric altimeter errors, also is important, as 25 percent of all CFIT accidents have some kind of contributing barometric error. The current TSO-C151a is deficient in this regard, as it allows barometric altitude to be used to position the look-ahead predictive functions. A barometric altimeter error is a common mode error, as not only does the captain’s altimeter have an error, but both the look-ahead warning functions and the terrain display also are referenced to that altitude and to its error. The pilot sees no error, nor does the EGPWS, other than the radio altitude based on the terrain clearance floor. All our new installations now use geometric altitude, which is built into our computer. This does require GPS altitude and VFOM [vertical figure of merit].

"There are some 9,000 aircraft fitted with EGPWS and flying all over the world. Experience with EGPWS now exceeds 30 million departures. [It is] a mature safety system on these aircraft." 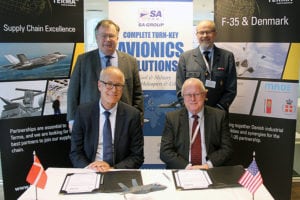 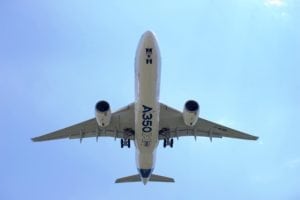