Over a decade ago an aircraft industry initiative called gatelink attempted to establish high-speed data transfer while aircraft were docked at the gates. Early concepts ranged from infrared control heads at the aircraft end of the gate and corresponding window/sensors below the aircraft door, to physical data plugs that ramp crews would insert into the aircraft. Today wireless gatelink is gaining acceptance, using 802.11 protocols set by the Institute of Electrical and Electronics Engineers (IEEE) or using cellular technology. Broadly speaking, even the airborne communications addressing and reporting system (ACARS) represents a well-used gatelink.

Introduced in the mid-1990s, the term "gatelink" referred to higher-bandwidth air/ground communications, but now it is more relevant to ground/ground use. Wireless gatelink employs wireless local area network (WLAN) technology to transmit data from a docked aircraft to destinations throughout the airport. The data can be shared between aircraft and passenger terminals, maintenance operations, baggage handling and ground support, among other entities. Data sharing, in turn, helps airlines increase operational efficiency and improve their on-time performance.

Gatelink is used for various applications, permitting communications between ground facilities and either the cockpit or the cabin or both. It also can employ different technologies. The 802.11 protocol provides the desired high bandwidth; however, cellular technology is available at more airports. "The reality is that not one technology will solve all of the operator's needs, when one considers costs, bandwidth, coverage and political/legal factors," an industry observer comments.

The low-cost carrier, JetBlue Airways, has established wireless gatelink communications initially to provide content to its live satellite TV in-flight entertainment (IFE) system, but it plans to expand the system's use to support on-ground flight and maintenance operations, as well. To serve its fleet of about 75 Airbus A320 aircraft (plus the about 100 Embraer E190s it has on order), JetBlue uses an 802.11-based system, called Wireless Aircraft Data Link (WADL), that was developed by its subsidiary, LiveTV.

The New York-based airline was first to implement WADL, but it is not the only airline to do so. LiveTV has sold WADL systems to Frontier Airlines and WestJet, in Canada. Like JetBlue, the operators use the gatelink system in concert with their live satellite TV IFE systems. (In JetBlue's A320s the gatelink black box rests next to the live satellite TV equipment on a rack in the cargo hold.)

As a result of an IFE system upgrade, JetBlue now offers its passengers 36 channels of television and two movie channels. The gatelink is used to upload the movies from LiveTV's base in Melbourne, Fla., to each JetBlue aircraft.

The carrier offers one movie per channel per month. During the course of flight operations, the two movies for the following month are loaded to the onboard server via the WADL. Part of a movie will be loaded during one stop; more of the movie will be loaded during succeeding stops, according to Tom Anderson, JetBlue's senior vice president of technical operations and aircraft programs. By loading the movies onto the server piecemeal, the aircraft can continue its operation; there is no need to ground the aircraft--for up to four hours, according to Anderson--to load the movies all at once.

JetBlue has routers for its WADL system at six of its 32 airports and plans to equip other airports where the airline has high traffic volume. "It currently wouldn't make sense to have gatelink capability in, say, Portland, Ore., where we only have one flight per day," says Anderson. The WADL system also is used to transmit diagnostic data of the live satellite TV system and credit card information from passengers paying for movies via gatelink. The data ultimately goes to Melbourne via a conventional ground link.

The carrier plans to have its gatelink system serve passengers in other ways as well. "When the aircraft is on the ground, the system [prompted by a gatelink connection] will automatically say, for example, `Welcome to Orlando,' over the public address system, and then it will show connecting gate information on the passengers' seatback screens," says Anderson.

The Cockpit, A Node

Starting in early 2006, JetBlue plans to add functionality to WADL, including access to the cockpit. "It will require minimal modification," says Anderson. JetBlue intends to have the WADL infrastructure tie into the aircraft network interfaces, "so we can leverage the overall system for wireless transmission of many different forms of data." Pilots, for example, will be able to access e-mail and the JetBlue communications network.

"The cockpit will, in essence, become a node within the company network," he adds. JetBlue pilots will be able to use WADL to update the digitized manuals in their electronic flight bags (EFBs) or log discrepancies electronically. "Eventually, we could switch from ACARS to LiveTV's WADL system for additional gatelink communications through the aircraft's avionics via ARINC 429 protocol," says Anderson. "For example, we may switch from ACARS to WADL to transmit dispatch releases or offload engine trend monitoring data."

Revealing other possible WADL applications, Anderson continues: "Each week we pull the flight data interface management unit [FDIMU] information for each flight onto a personal computer via a memory data card.

With WADL, instead of a manual process once a week, we can have the information transmitted automatically after each flight," says Anderson. WADL could also provide the flight crew with updated weather information through the weather station on the XM Radio service, which will soon be part of the live satellite TV package and also available to passengers.

"But not for now," Anderson asserts. "That's in the future." Adding functionality to the gatelink service means first "getting a business case" to assure there is benefit to JetBlue operations, he adds.

JetBlue may use gatelink in novel ways; however, the freight carrier, FedEx, is a pioneer in using the technology. "For FedEx it would be virtually impossible to operate our fleets without wireless gatelink," said Bob Bouchard, the express hauler's senior adviser for aircraft development, at a Teledyne Controls user conference in March. Like JetBlue, FedEx uses its own 802.11 wireless service--instead of one provided by airports)--which it plans eventually to install at some 120 airports.

FedEx initiated wireless gatelink communications after its information technology (IT) department started putting 802.11 access points at the ramps to facilitate the use of wireless mobile computers for the maintenance technicians in order to increase productivity," Bouchard said.

The carrier had established a wireless system at its Memphis base to connect the PCs and scanners used by ground crewmen, with the company's internal network. Recognizing that it could add aircraft "as another node in the network," FedEx decided to "piggyback off the ground system to create a high-speed [gate]link" to its aircraft, he added.

FedEx looked at various communications systems for its gatelink, including cellular technology and satellite communications, but it chose 802.11 for its high bandwidth and relatively low cost of data transmission. It uses ACARS for downloading maintenance faults, but found its bandwidth too limited for some tasks, especially updating the electronic manuals, databases and minimum equipment lists (MELs) stored in each aircraft's EFB. (FedEx also is a pioneer in EFB use; its flight crews began taking laptops on board in 1991.)

"When adding EFBs to the aircraft and removing paper in lieu of electronic documents, there is a legal requirement to ensure that each document is always up to date," Bouchard explained at the conference. FedEx uses gatelink to satisfy this requirement.

"Gatelink is mainly used to provide legal fitness," the FedEx official commented. "One of the many requirements of having EFBs on an aircraft is that we have to be able to manage the data 100 percent. This is only possible when you have an end-to-end solution. Gatelink provides for such a solution." He indicated that 802.11 security standards plus a proprietary security management solution allow FedEx to manage more than 60,000 wireless devices connecting to its network from one location.

The wireless gatelink interfaces with an onboard server on some FedEx aircraft. Therefore, "by proxy" it interfaces with those aircraft's avionics, said Bouchard. "This server has certified connections to some components in the avionics domain." The carrier certified Teledyne Control's server and aircraft wireless local area network (AWLAN) unit on its MD-11, M-10, A300 and A310 fleets of aircraft and Avionica's SecureLink router system on its Boeing 727 and DC-10 aircraft. Providing it does not interface with critical onboard systems, gatelink equipment on aircraft requires no certification; however, it must be shown to not interfere with the avionics systems.

Although it holds the advantage of high bandwith, 802.11 communication is not the sole gatelink technology in use. Cellular technology also is used, and its bandwidth capacity, which has been limited, is evolving into faster speeds, according to Dennie Schmitz, Teledyne Controls' senior director of marketing and business development.

Teledyne offers its Wireless GroundLink (WGL), which uses a cell phone pipe to transfer FOQA data off the airplane. "It's basically a wireless QAR [quick access recorder]," says Schmitz, of the WGL. "After the aircraft arrives at its destination, data is transmitted automatically to the airline's flight safety department."

Currently WGL is a one-way pipe; however, Teledyne plans to expand the system to allow two-way communications. Cellular technology then can be used to update manuals, charts and MELs, as well as provide pilots at the gate with information such as runway conditions, passenger manifests and weather at destination airports.

Cellular technology's advantage is that it is available at airports worldwide. Most airports are equipped for 802.11 but use the system primarily for non-gatelink functions, such as administrative systems and for public Internet access.

To assure the availability of 802.11 gatelink communications, an airport or airline would have to expand the system's network. That would mean installing more of the brick-size transceivers that use the 802.11 protocol. These transceivers would have to be positioned close to the gates--they have an about 100-foot range--to assure coverage and to reduce signal interference from other systems nearby.

A key provider of the 802.11 devices is ARINC, which also provides AviNet, a wireless voice dispatch and data link network that supports the gatelink function. Ultimately, gatelink data from aircraft enter the AviNet system, with its routers and central processing for message translation.

AviNet is not new, having been in service for some 40 years. Over time it has supported a number of protocols. Today it primarily supports transmission control protocol/Intenet protocol (TCP/IP), according to David Harding, senior director of ARINC's Aviation Network Solutions. "We can also provide 802.11 network connections at airports through AviNet," he adds.

Though it is not considered a gatelink system and probably would not be used for such tasks as updating EFB material, ACARS is a widely utilized wireless link for at-gate information transfer. ACARS is used at the gate for "a considerable amount of important information, especially updates to what pilots call `the numbers,' everything from passenger count to aircraft weight and balance," says Terry Hanson, an aviation safety consultant.

While ACARS may not be used to perform all the tasks that 802.11 protocol or even cellular technology permits, it does serve as a wireless link for aircraft on the ground. "Some airlines have reported up to 75 percent of their ACARS traffic occurs on the ground," says Hanson. 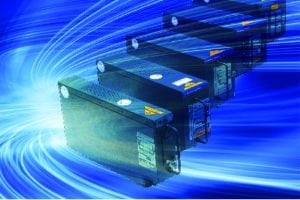