The boxes that hold the data used to decipher aircraft accidents would have to change under newly proposed flight recorder rules. Key elements of the plan issued Feb. 28 include: longer voice recording time; an independent, backup power supply to the voice recorder; faster flight control data sampling; and the recording of data link messages. FAA's proposal tries to meet most of the investigators' demands for more and higher-quality data in order to better understand the causes of accidents and improve flight safety.

The agency's notice of proposed rulemaking (NPRM) was modest, compared to the National Transportation Safety Board's (NTSB's) wish list. FAA refrained from requiring dual combi recorders and cockpit video recorders. The major retrofit requirement is for 2-hour cockpit voice recorders (CVRs), and many aircraft already meet that standard. But the NPRM has loosed a flood of questions, particularly about data link recording, where FAA followed the lead of the International Civil Aviation Organization (ICAO). The cost of new equipment, the modification of existing equipment (where possible), the infrastructure implications for newly manufactured airplanes, and the maintenance impacts are concerns for the troubled airline industry. FAA has extended the deadline for comments from April 29 to June 28. A final rule is expected in six months to a year.

The 10-minute backup power supply and the elimination of a single-point electrical failure that would disable both boxes would be forward-fit requirements. If such changes are adopted, a Boeing 737 built two years from the effective date would have to accommodate them. Data link message recording is primarily a forward-fit requirement. But aircraft voluntarily retrofitted for data link communications two years or more after the effective date would have to record all messages as of the installation date.

"We were certainly encouraged with the 2-hour CVR requirement," which has been on NTSB's wish list for quite some time, says Jim Cash, the accident investigation agency's chief technical adviser for flight recorders. Lack of sufficient time on the voice recorder was a point of concern in several high-profile accident investigations.

In Alaska Airlines Flight 261, for example, the CVR captured about 31 minutes of crew conversations. At the beginning of the recording, however, the crew members already were discussing an existing problem with the airplane's stabilizer trim.

An excellent safety case can be made for data link recording, although the case looks to the future rather than the past. Even though the United States is not actively pursuing controller pilot data link communications (CPDLC) at this time, "data link communication is playing an increasing role in attaining such objectives as reduced separation and user-preferred routings, and is being integrated into aircraft flight management equipment," says the NPRM.

"As the scope of data link communications use increases," the NPRM continues, "it becomes more crucial that accident and incident investigators be given a full picture of the flightdeck dynamics, flight crew workload, and flight crew use of avionics that are initiated by the actual data transmitted to and received by the flight crew."

But data link recording would be difficult to implement in current aircraft designs, industry experts say. And airline groups argue that it could have a deterrent effect on data link-based air traffic control (ATC) services.

The NPRM somewhat broadly calls for the onboard recording of "all" data link messages on equipped aircraft within the specified time limits. But FAA means ATC messages, i.e., information passed between the controller and the pilot--and vice versa--that can change the flight path of the airplane, Cabler says. FAA "didn't want to get trapped into acknowledging brands," she says. (CPDLC apparently can refer to a specific data link technology.)

Cabler says that the NPRM does not cover airborne communications addressing and reporting system (ACARS) airline operational control (AOC) messages. ATC messages that are equivalent to CPDLC--as defined by ICAO document 4444, Appendix 5--must be recorded. ARINC 622, future air navigation system (FANS) CPDLC messages transmitted over the ACARS subnetwork are covered. The rule applies to VHF, HF, satcom and any other approved subnetworks.

But others think that all data link messages pertaining to the safety and regularity of flight would have to be recorded. That category includes AOC messages, as well as CPDLC messages. (AOC traffic encompasses departure messages, out-off-on-in [OOOI] data, position reports, maintenance and weather messages, and even passenger health information, as it can affect the route of flight.)

NTSB recommended recording "all messages that affect the operation of the airplane," Cash says, including company messages that can affect what the pilots do. The recommendation was made to record it all, instead of having to make the aircraft smart enough to say, "I need that, but I don't need that."

Today there is no requirement for the onboard recording of data link traffic. While there is a safety case to do so, such a mandate would change the dynamics of the business case for equipage. "What at one point was a business case for a radio, CMU [communications management unit] and CPDLC becomes a business case for that equipment plus what it takes to do data link recording," says Arnold Oldach, commercial systems industry liaison with Rockwell Collins.

The NPRM identifies the CMU--which collects and routes data link messages to various end points in the aircraft--or the flight management system (FMS) as the best place to intercept messages and send them to the CVR. The CMU software would have to be upgraded, and the box would have to be linked to the CVR.

Collins, for example, would have to develop a CMU software application to capture the data and transmit it to the CVR, says Oldach. And it would have to allocate an unused port (probably an ARINC 429 bus port). A wire would have to be run between the two boxes.

The scope of CVR modification would depend on the manufacturer. Older CVRs, if possible, would be modified to record data link messages. At the least, manufacturers of data link-capable CVRs would have to allocate a data bus port equivalent to what has been added to the CMU.

The NPRM may be a little fuzzy at the beginning, calling for recording of "all" data link messages. But it is needle-sharp on the details, requiring that enough information be recorded--directly or indirectly--so that investigators can know:

Recording priorities, for example, won't be easy, as different priorities are assigned at different stages of delivery, comments Roy Oishi, chairman of the Airlines Electronic Engineering Committee (AEEC). In the aeronautical telecommunications network (ATN) manual, all CPDLC messages have the same high priority.

Assessing the number of messages in the uplink and downlink queues would be challenging, as well, Oishi adds, because there are many such queues deeply embedded in software utility routines loaded into onboard data link hardware.

Time stamping is also a concern. In commenting on the NPRM, for example, the Association of Asia Pacific Airlines asserts the following: "message time stamping will lead to costly modifications of other aircraft systems such as FMS, display systems, CPDLC, ADS [automatic dependent surveillance], etc. As a consequence, there will be a need for the redesign and recertification of the existing data link system architecture and aircraft data bus structure."

FAA plans to release an advisory circular (AC) that will describe a means of complying with the data link recording rule. The AC, now in draft form, will address what data link message information should be recorded, but will not cover CVR performance and recording protocols, the agency says.

Faster sampling of flight control data also would mean changes to the flight data acquisition unit (FDAU), which outputs data to the recorder. The ARINC 717 data bus--between the FDAU and the flight data recorder--may have to be modified. The current 717 bus standard defines recording rates of 768, 1,536, 3,072 and 6,144 bits/s. However, about 25 percent of the acquisition units and flight data recorders in service--built according to the original 717 definition--can accommodate only the 768-bit/s rate. To handle the higher sampling rate, the bus speed would have to be a little more than 12 Kbits/s, a manufacturer says.

Some also regard the proposed 16-Hz rate as arbitrary. The sampling rate should be performance-based, these critics say, reflecting the rate at which control surfaces, especially on very large aircraft, actually move.

But the regulators differ. Vis-a-vis the American Airlines Flight 587 accident in New York, "those surfaces move a lot quicker than we were recording," Cabler says. "One of the major things in pulling out the data from the 587 was, you had to interpolate an awful lot more than you wanted to between what you actually had."

Right now, the highest sampling rate is 8 times per second--for vertical Gs, Cash says. If the NPRM goes forward, the sampling rate for data from the ailerons, rudder and elevators or stabilizers would increase to 16 Hz. In the American Airlines accident, 8 times a second probably would have been insufficient, he says.

FAA's notice of proposed rulemaking (NPRM) on flight recorders would, among other things, require: 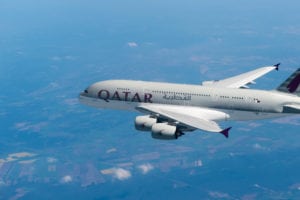 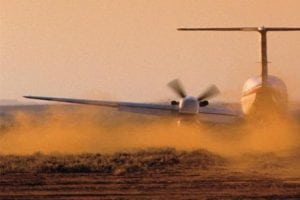