FAA's plan to require the onboard recording of data link messages is raising the blood pressure of an industry in shock from rising oil prices and the persistent aftereffects of 9/11. The proposal is just one of several potentially big ticket items in a recent notice of proposed rulemaking (NPRM), but it seems to be causing the most pain.

The plan comes as no surprise. The International Civil Aviation Organization (ICAO) introduced data link recording requirements in March 2001. All airplanes that must carry a cockpit voice recorder (CVR) and that will be using data link communications are required, according to ICAO, to record all data link communications, effective Jan. 1, 2007. FAA and the National Transportation Safety Board (NTSB) have discussed the issue for years, and avionics manufacturers have prepared for it.

FAA's proposal, unlike ICAO's requirement, is not a retrofit mandate, except for aircraft voluntarily equipped for data link communications two years from the effective date. It applies primarily to aircraft manufactured two years from the effective date. The question is, should FAA wait for a global consensus on the issue or set the agenda? A European mandate is not expected until 2009 or 2010. And the U.S. is not expected to support controller pilot data link communications (CPDLC) until some time between 2010 and 2012.

Although the airlines have known about the ICAO requirement, they are dismayed at the potential cost and impact on avionics architectures, the potential deterrent effect on data link-based air traffic control (ATC) services, and the rationale of recording information that one cannot prove the crew has read. (FAA did not adopt NTSB's call for cockpit video recording, which could perhaps address that issue.) The airlines want to roll back the ICAO requirement, while NTSB wants to accelerate it. A classic battle is brewing.

NTSB argues the case for message recording by analogy with voice recording, focusing on an end state of data link-based ATC services. It says: "the in-flight recording of data link communications presented to and transmitted by the flight crew will become as vital to future investigations as CVR information has proven to be." There is also the consideration that, if CVRs are going to be upgraded anyway, why not raise them to the preferred standard now?

But the requirement would change the business case for installing data link capabilities. Published airline and association comments on the NPRM suggest that FAA faces the following choice: to push for data link recording to aid accident investigators or to push for data link equipage to increase operational safety. Public, as well as private comments, urge such measures as reconsideration, improvement of ground recording systems, international consensus building and standards development, better incident reporting, and, at the least, more clarity in the requirement and more time to study the avionics costs and consequences.

To put it bluntly, the airlines wonder whether the cost of compliance is worth the benefit from ATC communications. And will data link recording necessarily increase safety?

The International Air Transport Association (IATA) questions whether the safety case for message recording has been fully made. It adds that "the potential safety benefits are not quantified in a way which could justify the high cost to comply." Furthermore, the industry lacks a "precise definition of what needs to be recorded," preventing the development of "an overall general architecture applicable to all aircraft types."

The Association of Asia Pacific Airlines (AAPA) suggests reliance on alternate means, such as ground-based recordings. AAPA would postpone the compliance date until uniform, global requirements and standards are available. The counterargument from regulators is the difficulty they have had in extracting data from foreign-based data centers.

Should FAA push ahead with the proposal as is, delay implementation until better economic times, engage with industry to find a compromise, or scrap the idea for the present until the full operational impact of data link ATC services is understood? Confronted with strong arguments on both sides, the agency faces a tough choice. 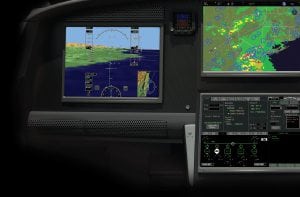