FAA has certified STG Aerospace's SafTGlo photoluminescent (PL) floorpath marking system for the Boeing 747-400. It's the first FAA certification of a PL system on a multideck aircraft. Visit www.stgaerospace.com.

Honeywell health and usage monitoring systems (HUMS) will be offered as an option on Sikorsky's currently produced S-76C+ helicopters. The gear can be retrofitted to existing S-76C+ and earlier S-76 models. Visit www.honeywell.com.

Wyle Laboratories Inc. has agreed to acquire the Aeronautics Services business of General Dynamics. It will provide testing and support services to aeronautics and defense contractors and government agencies. Visit www.wylelabs.com.

Galileo Avionica, an Italian manufacturer of aircraft electronics and electro-optics, has developed the GA-MAP helicopter map generation and control system using a Wind River Systems platform. The system is designed for use on the NH Industries NH90. Visit www.windriver.com.

FedEx will install IEEE 802.11b wireless routers from Avionica Inc. on its fleet of nearly 100 Boeing 727 freighters this year. Nineteen DC-10s will be fitted with the routers over the next few years. One of the many uses of this technology will be to send flight operations quality assurance (FOQA) data over a secure radio link into the cargo carrier's FOQA servers, which are accessible to authorized persons on the FedEx secure global network.

FedEx will use the FOQA data to profile flights and customize pilot training, says Robert Bouchard, the company's senior adviser-aircraft development. Flight safety is the driver, he says. FOQA software can inform carriers of areas in which flight crews may require specific training, such as difficult approach, takeoff and landing procedures at certain airports.

Instead of downloading data manually onto PC cards every eight weeks or so, FedEx now can download it automatically via Gatelink, at 11 Mbits/s, every time an aircraft approaches a wireless-enabled gate. This provides a near-instantaneous safety snapshot of each flight. FedEx has added IEEE 802.11b wireless capability at 27 of its destination airports and plans to equip several more sites. It also plans to transition to 802.11g, which moves data at 54 Mbits/s.

The SecureLINK router, the up to 2-Gbit miniQAR (quick access recorder) that feeds it, and a WiFi antenna that transmits the FOQA data to the gate, are manufactured by Miami-based Avionica, whose affiliate, Avionics Support Group, received a supplemental type certificate (STC) on the configuration in late January.

Along with FOQA, FedEx will apply the Avionica technology in the B727 to its electronic flight bags (EFBs), which now can be updated automatically. All of the carrier's B727s are equipped with Class 2 EFBs. The electronic process also adds a level of assurance, Bouchard explains. The end-to-end solution tells the company what's on each device and when the data was delivered. The carrier, therefore, always knows when the information needs to be updated.

The U.S. Air Force and Northrop Grumman Corp. have demonstrated the Interim Capability for Airborne Networking (ICAN). ICAN allows personnel on board the E-8C Joint Surveillance Target Attack Radar System (Joint STARS) aircraft (shown right) to speak with units and command centers on the ground via real-time Internet, all within a secure, classified environment. The communication is achieved by routing the data through Joint STARS radios into the Pentagon's Secret Internet Protocol Router Network.

The ICAN system gives aircrews access to the decision making process in air operations centers. It allows them to respond to the issues addressed through text and instant messages, chat rooms and e-mail rather than wait for a radio call after the decision has been made. This, in turn, enables shorter strike decision times.

Initially, ICAN will only be available on the E-8C Joint STARS aircraft, but this may change. According to Jim Stratford, a Northrop spokesman, ICAN can be used anytime you want to "augment the voice communications between platforms." The U.S. Navy also has expressed an interest in the system for its E-2 Hawkeye aircraft, he says. Visit www.northropgrumman.com.

According to a recent study of the electronic warfare (EW) market by Forecast International, defense departments will spend an estimated $28.5 billion on EW systems over the next decade. The firm cites renewed U.S. interest in upgrading jamming systems and developing aircraft self-protection systems as a market driver. The U.S. Navy's EA-6B Prowler (shown above) and its future replacements are expected to command a large share of the EW funding. Over the next 10 years the Navy is expected to install EW equipment worth more than $955 million on EA-6Bs and EA-18Gs. Visit www.forecast1.com.

The U.S. National Oceanic and Atmospheric Administration's (NOAA) National Weather Service (NWS) has chosen a Lockheed Martin-led team to compete in the next phase of the Advanced Weather Interactive Processing System (AWIPS) project. AWIPS is an integrated system that will collect meteorological data from radar systems, weather satellites and other modeling systems to be processed and disseminated for weather forecasting, tracking and reporting. The contract award, which is estimated to be worth $330 million over 10 years, is expected in July 2005. Visit www.lockheedmartin.com.

Smiths Aerospace has delivered mission display system hardware and software to Boeing for the U.S. Air Force's C-130 avionics modernization program (AMP). This hardware and software make up the mission display processor, the principal computing environment for the C-130 AMP. In addition to Smiths software, the processor will host programs from Boeing, Teledyne Controls and BAE Systems. Visit www.smiths-aerospace.com.

Iridium Satellite has announced that MedSTAR Transport, the emergency medical service provider, will equip its fleet of one BK117 and three EC135 helicopters with Sky Connect satellite terminals. The Sky Connect Tracker systems will permit automated tracking and voice communications with the helicopters through the Iridium satellite network. Visit www.iridium.com.

A new air traffic management (ATM) system, supplied by Thales, has entered into service in Algeria. The company supplied its Eurocat ATM system with voice communication control for the en-route air traffic control center in Algiers and the approach control centers in Algiers, Oran, Constantine and Annaba. Visit www.thalesatm.com.

BAE Systems has received follow-on contracts from the Naval Inventory Control Point and the Naval Air Systems Command to maintain and upgrade the AN/ALQ-157 infrared countermeasure systems for the U.S. Navy and Marine Corps. The program is expected to continue into 2006. Visit www.baesystems.com.

Rockwell Collins and Boeing will work on the U.S. Army's Aviation Applied Technology Directorate's (AATD's) Manned/Unmanned Common Architecture Program (MCAP), which looks to create a common mission processing architecture for manned and unmanned aircraft. Phase 2 of the project, led by Boeing, will create an open system scalable mission avionics architecture for the AH-64D Apache helicopter. Phase 3, headed by Collins, will develop a mission avionics architecture for an Army unmanned air vehicle (UAV). The companies hope to have an interoperability demonstration between the two platforms this summer. Visit www.rockwellcollins.com.

The Las Vegas Metropolitan Police Department (LVMPD) chose Helinet Aviation Services' Helinet/Cineflex HiDEF aerial camera platform for use during the city's New Year's Eve celebration. Mounted on an LVMPD helicopter, the camera was used to monitor more than 300,000 people on the Las Vegas Strip. The video feed was sent via a real-time encrypted link to the LVMPD command center for review. Visit www.helinetaviation.com.

How will the most advanced combat aircraft program impact the avionics industry? What avionics technologies are being developed to improve aviation safety and efficiency? How does the organization representing the international air transport industry envision tomorrow's avionics requirements?

These questions and others will be addressed at Avionics Expo 2005 conference and exhibition, held March 30-31 at the Amsterdam RAI conference center in Amsterdam, the Netherlands. Eric Branyan, Lockheed Martin's vice president-mission systems for the F-35 Joint Strike Fighter program, will be a featured speaker, describing not only the advancements being developed for this multinational, multimission combat aircraft, but also how these new technologies can impact the entire avionics industry.

The Amsterdam event will be the second Avionics Expo. The first conference and exhibition was held in 2003 in Wiesbaden, Germany. Avionics Expo is organized by UK-based Simply-Events Ltd. and is sponsored by Avionics Magazine. Visit www.avionics05.com. 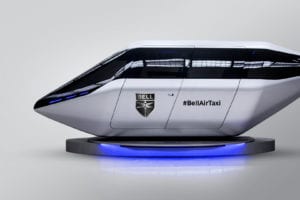