Most people probably don't know that the U.S. Air Force is a big consumer of commercial satellite communications products and services. Aircraft program offices already have ordered satcom equipment -- for 411 aircraft -- worth more than $32 million from a "catalog" of off-the-shelf gear. All told, program offices are expected to buy satellite communications equipment for a dozen aircraft types via the catalog or direct purchase. If all the airplanes in line for these satcom upgrades are equipped at currently planned levels, the total will reach more than 1,500 platforms.

Why is the Air Force making this enormous investment? Evolving civilian airspace standards and FAA mandates for equipment like traffic alert collision avoidance systems are driving the process. Military planners had to adapt in order to ensure the fleet's future access to civil-controlled airspace. Obviously, it won't happen over night. The Air Force's communications, navigation and surveillance/air traffic management (CNS/ATM) effort began in 1997 and will continue through 2016. (The program office, however, still is known by the military acronym, GATM, which stands for global air traffic management.)

About 60 KC-135 tankers already are fitted with new CNS/ATM suites, including satcom. The KC-135 installation earned a government airworthiness approval in August 2003 and operational approval in the spring of 2004, says Ann Heinke, president of Overlook Consulting, which supports the GATM program office. The program office performs CNS/ATM performance assessments supporting airworthiness certifications and maintains the catalog.

FAA already has approved the KC-135's satcom components for commercial use, so the GATM office verified the proper installation on a military airplane. GATM-style upgrades, of course, include navigation, surveillance and flight management equipment, but that's beyond the scope of this article.

Other military aircraft equipping or about to equip with commercial CNS/ATM gear include C-17s, C-130s and C-5s. About 40 C-17s have added satcom voice and data systems, and the installation's airworthiness certification is expected by year-end. A C-5 Galaxy installation, as part of that aircraft's avionics modernization program (AMP), is set to be approved by year-end, as well. Galaxies have been performing test flights in the United States and will continue the process in the South Pacific. However, it may take up to a decade to equip the 126-aircraft, C-5 complement.

The C-130 AMP program is mulling installations on up to 550 aircraft and has purchased six satcom systems for test purposes. C-130Js are expected to equip with full FANS capability, but that effort is still a few years off.

Reaction from users has been favorable, Heinke says. The tanker area control center at Scott AFB, Ill., used to be a very voice-intensive operation. "But now they're using data to communicate. They can literally ping an airplane in flight, talk to it and find out when it's going to land."

As one might expect, things aren't perfect yet. The GATM office is open to ideas from vendors about standardizing the owner requirements tables, the binary computer files containing information unique to an operator, such as phone numbers, service provider preferences, and routing preferences. Similarly, operators would be better able to troubleshoot problems if they can obtain better call tracking statistics and more visibility into the routing of calls through the network.

An imminent "GATM V" indefinite delivery/indefinite quantity (IDIQ) contract is expected to update catalog entries for communications management units and multimode receiver navigation systems, Heinke says. The CMU provides routing for the communications subnetworks. It decides, based on user preferences, whether a message should be sent over VHF, HF or satcom, for example. HF is used for airline operational control "care and feeding" types of messages about flight status, changes to flight plan, fuel status, etc.

The GATM program office describes the CNS/ATM equipment list as an "Amazon.com-like online catalog for one-stop shopping." The listing includes information on pricing, certification, compatible equipment (with hyperlinks), warranties, vendor specifications and other concerns, such as night vision compatibility. Major catalog suppliers include Rockwell Collins, Honeywell and Thrane & Thrane. Some of the following capabilities may be proposed in response to the forthcoming catalog update solicitation:

The program office still is finalizing GATM V selection criteria. But if the past is any guide, equipment that is selected for the catalog typically comes with some sort of civil approval, such as a technical standard order or supplemental type certificate.

In 2005 the program office also is expected to award a data link service provider contract to provide the network infrastructure supporting Air Force CNS/ATM messaging. ARINC is the incumbent but other providers could compete.

* Data in this table should be considered as estimates. Aircraft system program offices will determine the actual numbers and vendors of satcom systems. 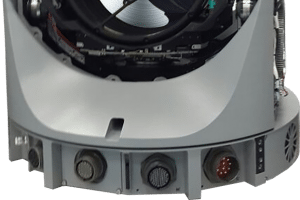 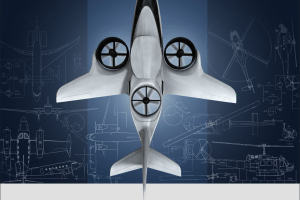 XTI Looks to Take Crowdfunding Interest to the Bank