I enjoyed reading your Editor’s Note in the February 2004 issue titled “No Overnight Missile Defense.” And I understand the issues involved in protecting civilian airliners.

A point that was not mentioned in the editorial, although it may be in the back of the minds of those concerned, is the issue of security requirements for maintenance personnel. As an aerospace engineer in the Canadian Air Force with experience on CF-18 EW programs and on the electronic warfare (EW) requirements for the Maritime Helicopter Project, I have maintained a current Secret Level classification.

Should not this same level of security classification be required for the maintenance personnel who would maintain the missile defense systems on commercial airliners? And should this also be applied to those creating and maintaining threat libraries and threat lists?

There have been incidents of employees who have posed threats to airliners by gaining access to aircraft directly or through baggage. This is a constant threat, and I can envision there being an increased threat of compromising EW equipment, EW software and EW data (threat lists/libraries) at the aircraft, supply and laboratory levels.

Security at all levels will be costly. If the threat is considered important enough by our respective governments, then all components need to be analyzed, addressed and proper security put in place at all those levels.

This is in reference to the letter from Brent Sorensen of Universal Synaptics Corp. in March 2004’s issue (page 8). He discusses the very concerning subject of no fault found (NFF) syndrome and refers to the “intermittency in the connective elements.”

In his letter, Mr. Sorensen has suggested that NFF rates generally increase dramatically with the age of the aircraft. This is not always the case.
Take two obvious aerospace applications with high vibration: the helicopter as a total platform and the engine, both turbofan and turboprop. With cabling/interconnection systems, one of the most obvious NFF situations is where, at high-vibration frequencies, the standard threaded circular engine connectors have a tendency to “back off” from their fully mated position. Inevitable intermittencies in equipment and systems are caused when the mating connector’s contacts either momentarily separate or the wipe surfaces of the socket contact actually lift off the mating pin.

In flight, this would normally be indicated in the cockpit as a fault. Once the aircraft is on the ground and an inspection is made, the fault is all but eliminated. Once the fault team is deployed under the engine cowlings, the first line of fault-finding is to check the security of the wiring via the connectors. The technicians will remate the backed-off connector plug, thus removing all potential of checking just how the fault occurred in the first place.

Internal contact systems can exacerbate the situation. They can suffer from a 4-axis style “chatter” resulting in contact movement, which adds to the issue of the connector plug body’s movement. This gives operators a real connector reliability headache.

In the early days of HiRel Connectors, Fred Baumann, still the president and owner of the company, sought to understand the full dynamics of these phenomena. He then set about designing and establishing a series of connectors and connector systems that eliminated connector back-off under extreme vibration conditions. The HiRel patented connector plug self-lock system (often referred to as the HiRel OverTravel system) helps eliminate NFF caused by this extremely common problem. It has caused no known faults over years of operation in a range of small and large military and civil engines from various global original equipment manufacturers (OEMs).

Self-locking also eliminates the non-preferred processes of wire-locking connectors down and compounding mating thread together.

Increased OEM awareness of this particular no fault found issue has led to a continual improvement of this core technology, in turn, leading to self-locking connector backshells/accessories and other associated, securely locked connector systems.

Backed off connectors are an obvious source of NFF that may be disregarded by OEMs who choose to buy at the lowest price. But the cheapest option will always produce the most expensive life-cycle cost. 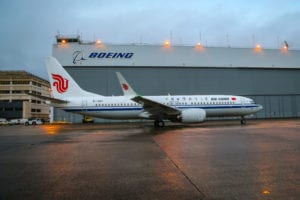