System Design: How to Keep the Cockpit Cool

Few working environments impose as many irritating problems as the aircraft cockpit. It is physically cramped but visually open, with as much window space as possible, since the point of being airborne is often to observe.

Because of their large overhead window areas, many cockpits suffer from solar accumulation, which causes heat-loading problems. Matte black cockpit surfaces act as near-perfect infrared (IR) accumulators. By midday, the IR accumulation, combined with the considerable internal heat generation from stack-mounted avionics and instruments, quickly raises the temperature of surfaces and areas behind the panels to dangerous levels. In small single-engine aircraft, heat also builds up because of conduction and reradiation from the front bulkhead and engine. These factors produce a hot ambient environment for avionics and instruments that can easily exceed DO-160D environmental specifications (high-temperature operating limits) before a system is switched on.

Live testing shows the surface temperature inside a sealed aircraft cockpit parked on the ramp routinely passes the 60-degree C (140-degree F)–threshold of pain for human tissue. In southerly regions, the temperatures can reach a scorching 70 degrees C (158 degrees F), the upper operating limit for many avionics items.

The greenhouse effect of the windowed cockpit and dark surfaces leads to premature equipment damage and an uncomfortable operating environment. It also contributes significantly to increased pilot stress during flight. This situation involves all small aircraft but is particularly acute with helicopters, which typically have more overhead glass.

Considerable solar radiation over a long period of time can destroy many liquid crystal displays (LCDs). Prolonged heating leads to irreversible darkening of the LCD nematic fluid. As small aircraft shift to LCD displays, this issue becomes much more important.

Heat also causes dramatically reduced brightness from light emitting diode (LED) displays–typically, to less than 40 to 50 percent of the design value. This makes them hard to read in bright light and creates a circular design problem with no solution, as increasing brightness also increases heat from the display.

Many techniques are employed to address the cockpit heating and light saturation problem. But they generally are ineffective due to poor understanding of thermodynamics and the root causes of heating.

The use of "remove before flight" reflective panels inside the cockpit windows during storage is a classic case in point. These panels reflect a small portion of the IR radiation back through the window, but heat still builds up in the cockpit, as the panels serve mainly to prevent ultraviolet (UV) damage to panel-top upholstery.

To really reduce solar loading during storage, the panel’s reflective surface should be outside the aircraft’s thermal containment envelope. The ideal method would take the form of an inexpensive (about $25) reflective solar blanket wrapped around all window surfaces.

Why, you may ask, are so many cockpit surfaces black (a long-time complaint of mine)?

The answer–somewhat lost in history–is that the color reduces reflections during night flying. In fact, the main reason people stuck with black all over the cockpit, long after it played any role in night flying, was that everybody knew what color black was. Any other shade would have been hard to match. Hence, the ubiquitous flat black, the color certain to ensure maximum solar absorption.

In recent years, many aircraft makers have abandoned the black color. The cockpits in most executive jets and turboprops typically are gray. General aviation aircraft from Cessna have adopted beige for radios and consoles. New Boeing cockpits are beige/brown, and the cockpits in most Bell helicopters are light gray.

Avionics boxes remain black, however, a most unfortunate chromatic choice.

Many aircraft struggle with ram air to cool overheated avionics stacks. They also include tiny distributed fans to cool touchy panel-mounted avionics gear. Airframe manufacturers sometimes provide a few window vents, as well, for modest crew cooling. Larger aircraft are burdened with heavy and inefficient air conditioning, to try and reduce the accumulated high temperatures in flight. All of this is an attempt to reduce heat in an area that starts off far too hot at the beginning of almost every flight.

Examining the total cockpit environment, we can see that the windows create the fundamental problem. They form the primary gateway for incoming IR radiation, which the many highly absorbent internal surfaces then trap and retain.

The best way to attack this problem is to redesign the window. Most windows in small aircraft are made of Plexiglas. Jets, high-speed turboprops, and some helicopters come with laminated glass. Using a highly reflective outer surface, essentially a see-through mirror–sometimes called a half-surface mirror–best reduces solar loading. Virtually all modern office buildings have windows treated this way to reduce air conditioning costs.

Applying the material to create half-surface mirrors on a curved plastic surface is not simple. However, it is dead easy on a flat surface of either glass or plastic.

To really fix the problem, a tough outer protective coating should be laminated onto the glass or plastic, to protect the mirror from in-flight abrasion, and the window elements should be thermoformed together to the desired curved shape. A Federal Aviation Administration rule change may be required to implement this technique, as window "tinting" currently is not permitted. Nevertheless, this simple design change would help to dramatically retard the IR intrusion–by as much as 50 to 75 percent.

But we need to do more. An anti-reflective surface coating inside the aircraft would reduce glare from lighter-colored cabin objects and permit them to be used to avoid heat trapping. Also, a shield made of transparent conductive tin oxide could be added to the inner window surface to control radio frequency (RF) emissions through the windows. Designers also could choose to reshape windows and their mounts in future aircraft, to accommodate more easily laminated window panels that cost less and control irritating reflections through better angles. Lighter-colored exterior and interior paint schemes, or some unknown (to me) technique to make existing colors less IR-absorbent, also would deliver a big benefit.

Cockpit airflow usually is not ideal for cooling. In fact, many consoles, radio stacks and control bays have no air exchange or cooling. They are sealed black boxes, absorbing and generating large amounts of heat.

Ram air is blown into the radio stack and then goes on to the cabin. Outside air is mixed in the top layer of cabin air, but a clear exit path is not established. Ideally, fresh air should enter on top to cool the crew and be exhausted at the bottom of the cabin via reverse ducts. This arrangement also would clear smoke in the event of fire. Filtered ram cooling air needs to enter and exit the radio stack–ducted out of the cabin and down–rather than flowing back up into the cabin.

The environment for pilots and their nearby avionics systems can be improved dramatically. It simply requires rethinking the window design and airflow. 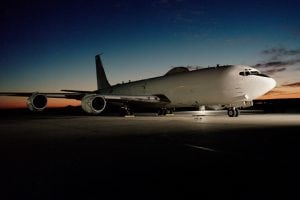 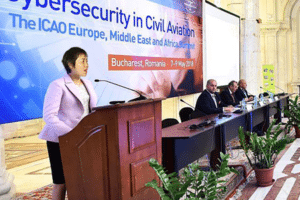