Swiss air traffic control (ATC) has become high-profile–largely due to the tragic July 1, 2002, midair collision between a Russian Tu 154M airliner and a DHL B757 cargo plane near the Swiss-German border. That tragedy, which caused the loss of 72 lives and both aircraft, placed the spotlight on Skyguide (formerly Swisscontrol), which manages Europe’s most complex and second most densely occupied airspace. Investigation of the midair crash was continuing as this was written. (The highest-density airspace occurs over Benelux, comprised of Belgium, the Netherlands and Luxembourg.)

Regardless of the investigation’s outcome, which may suggest the modification of procedures for Skyguide air traffic controllers, the world has been made aware that this pivotal region, handling some 2 million flights annually, faces a challenge. Skyguide can take only small comfort in the fact that a modest 6 percent of Europe’s air traffic delays are within the Swiss air traffic area.

In June 2002 it was confirmed that control of upper airspace will no longer be split between the Swiss centers in Zurich and Geneva, but will be concentrated wholly at Geneva. This decision is in line with Eurocontrol’s goal of attaining a more rational and harmonized Europe-wide air traffic management (ATM) system. The decision necessitates re-equipping the Geneva center with a new core system, the Eurocat 2000 from Thales ATM. Zurich subsequently will be equipped with the same system for managing its lower airspace and terminal control area. The Zurich Eurocat 2000 will be installed in a new, civil/military center.

Skyguide selected the latest Eurocat over a comparable, new-generation system made by Raytheon, which supplied the ADAPT (Aeronautical Information Services Data Acquisition Processing and Transfer) system, under a Hughes contract. Operational since December 1998, ADAPT provides display processing, handles external interfaces, such as weather forecasts and navigation aid status, and interfaces with the radar and flight data processors. Other ATMAS modernization contenders had dropped out or had been eliminated earlier.

Skyguide claims they were sold on the Eurocat 2000’s flexibility. The air traffic service provider wanted a readily configurable suite, which would minimize the need to develop a specialized system. Skyguide noted Thales’ track record; the manufacturer has delivered some 25 of its earlier Eurocats, a system launched in 1992, to various customers.

The advanced 2000-E (Europe) variant boasts a dual Ethernet-based open, distributed architecture that permits upgrades and customer-specific features. Implemented on a powerful Hewlett-Packard platform, it can be configured to Skyguide’s immediate needs, but also can be "future-proofed," by adding ground-to-air data link, an aeronautical telecommunications network (ATN) environment and other features.

Skyguide also can benefit from Sweden’s Eurocat 2000 implementation experience. Sweden, the trailblazer, plans to commission the Eurocat 2000 soon, as part of a fully integrated ATM system. (In addition, Denmark ordered a Eurocat 2000-based system in June, joining Ireland, Finland and Hungary as Thales ATM customers.)

Eurocat/ATMAS will be almost 100 percent in line with Eurocontrol’s European Convergence and Implementation Plan (ECIP), says ATMAS project manager Jean-Yves Goumaz. He is referring to a multinational group that oversees the coordination of ATC upgrades and plans designed to improve ATM services and reduce flight delays.

Because it can introduce new functions via software upgrades every six to 12 months, Skyguide can evolve its ATM services in step with the rest of Europe, Goumaz adds. Progress can proceed in a methodical, uniform fashion, rather than on an ad hoc, patchwork basis. Likely upgrades for Skyguide to consider include gateways to plug in external features and data link communications in place of voice to improve communication reliability and ease congestion on VHF radio frequencies.

Skyguide also considered operational safety during 24/7 operations when pursuing its upgraded ATMAS. The Eurocat system provides a high level of redundancy, along with "fail-soft" features and degraded operating modes. Any failure, therefore, may reduce the system’s performance but not be disastrous. For example, an older, independent radar fallback facility can replace a failed, multiple-radar tracking system. The upgraded system also includes a powerful self-monitoring system to automatically detect failures.

Skyguide wanted to be able to match tracking capability, which includes possible connection to an ARTAS (ATM surveillance tracker and server), with soon-to-come Mode S secondary radar. This may be followed by further upgrades to automatic dependent surveillance (ADS) and other systems with the accuracy to support reduced separation minima. (Europe plans to "win" extra airspace by reducing lateral separation minima, as well as the vertical reduction already introduced.) Thales offered to integrate this three-dimensional tracking capability. The system will be able to manage radar-ADS transitions and process weather radar data.

By early 2001 Skyguide had identified Thales ATM as the preferred bidder, and a 70-million euro ($69.7-million) contract was signed in April 2002. This was, in fact, an ATMAS Part 2 contract; Part 1 covered the work of both Thales and Raytheon in submitting fully detailed, costed bids.

According to Goumaz, the system for the Geneva upper area control center (UAC) will have 30 controller positions and be fully integrated with radar and flight data processing (FDP). Its System Supported Coordination (SYSCO) and advanced controller tools will enhance "silent" coordination (not requiring controller inputs) with other ATC centers. They also will facilitate traffic handling and the flexible use of airspace.

Skyguide required, as well, that its new equipment be fully compatible with the Swiss military’s new FLORAKO air defense and surveillance system, produced by a Thales-Raytheon consortium. This will help reach the goal of combining the military and civilian controllers in the Zurich area (Dubendorf) under the same roof. The software-intensive Eurocat makes such a level of integration possible.

Thales expects to deliver its Eurocat 2000 system to Skyguide next year. Following installation and commissioning, the system should be operational in 2004.

For the air traffic controllers who will use the system, Eurocat 2000 promises many intuitive features, including an interactive Windows-style user interface with graphical and textual imagery. Thales refined these features from its experience with Sweden’s ATC modernization program, as well as from time spent on the major ATC simulator at the Eurocontrol Experimental Center.

Ten Skyguide controllers now are working on the Eurocat system’s final revision to suit controller needs for a satisfactory human-machine interface (HMI). Controllers moving to Eurocat 2000 from earlier systems should notice that its high level of automation results in a more anticipatory and less reactive style of interaction, favoring a strategic over a tactical approach.

Windows showing weather and other urgent information will pop up automatically on the air situation displays when a potential conflict is detected. The display of flight legs and flight plan tracks facilitates the controller’s tracking and track planning. Skyguide hopes to integrate controller-to-pilot data link–along with semiautomated communications, such as predeparture clearances–as upgrades.

The Eurocat 2000 system’s ability to be used with most existing civil, military and weather radars is matched by a range of interfaces, such as:

While Eurocat 2000 is its core, ATMAS also includes components, such as the BarcoView ISIS liquid crystal displays (LCDs) with 2048-by-2048-pixel resolution. Skyguide ordered 70 of the 28-inch (71-cm) displays.

A Hewlett-Packard tower and approach communications (TACO) system will remain in service at Zurich, where the company, Unique Airport, handles up to 1,000 flights per day. TACO automates routine fight processing tasks, negating the need for paper strips.

Skyguide’s selection of new voice switches for radio and telephone traffic has reached the bid request stage. The winner will replace switches supplied by Palomar Products.

Raytheon will supply Skyguide with up to seven advanced radars over the next three to four years. Some of these will be Mode S-capable.

ATMAS/Eurocat’s flexibility will be further tested by the integration of civil and military airspace control and increasing air traffic density. Skyguide realizes that traditional solutions, such as further sectoring (there are 12 sectors each at Geneva and Zurich) and adding more controllers eventually would not be viable. They do see a benefit, however, in combining the military and civil controllers together, a unique concept.

The process for confederating controllers was established by an agreement at the political level in August 1999. Subject to a final review (which was due in October), the plan calls for constructing and equipping a new civil/military control center at Dubendorf. Raytheon will provide the control system and Thales ATM, the integrated radars for the center’s FLORAKO system, which is expected to be operational in 2007.

An extensive integration, test and commissioning period must precede ATMAS/Eurocat’s entry into service in 2004. Skyguide’s project team of some 25 specialists (15 technical and 10 operational) will be working with the Thales ATM team of about 50 persons and personnel from other contractors. Meanwhile, controllers will examine the first software release, due soon, to iron out HMI details.

Controller training for the new system involves creation of a training toolbox, including a new ATC training simulator, which Skyguide has ordered from Thales ATM to replace an existing model. Thales ATM is integrating Eurocat features into a Micronav simulator. The system is to be handed over next year and will be used for a rolling retraining program for about 430 controllers. ATMAS also will involve classroom and computer-based training, plus supervised learning in the working situation.

For the longer term, Skyguide feels confident that ATMAS will allow the implementation of future phases–including data link, ADS and enhanced predictive tools, moving eventually towards automated conflict resolution advisories–without radical restructuring. Above all, the agency wants the system to reduce delays and help assure that no tragedy, such as the July 1 midair, occurs again. 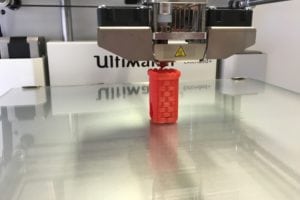 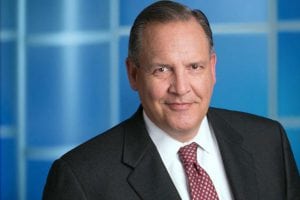