The air transport market may be in a slump, but this maintenance, repair and overhaul firm, whose parent is France’s premier airline, is growing and modernizing.

Despite turbulence in air transport and hard times in the global maintenance, repair and overhaul (MRO) business, Air France Industries (AFI) remains confidently aloft. It also stands to benefit from further privatization of its parent company. The French government is expected to slash its equity stake in the airline from 54 percent to less than 20 percent, allowing AFI managers more room to build business.

AFI is investing about 71 million euros in a new site at Villeneuve-le-Roi, near Paris’ Orly airport, and is doubling the area of its site near Charles de Gaulle (CDG) airport. The company holds a spares inventory for the Boeing 777, Airbus 320 and A340, worth 390 million euros (excluding engines), half of which is avionics equipment. It invests roughly 2.5 million euros per year in avionics test and repair.

The bulk of AFI’s revenues comes from aircraft maintenance. But it generates a steady 8 percent of earnings from avionics repair, modification and overhaul. In a 12-month period, AFI typically repairs more than 15,000 avionics components and in-flight entertainment (IFE) units, and performs more than 1,000 modifications, according to Jean-Paul Deleporte, head of engineering at Air France Industries’ avionics maintenance shops. About 80 percent of components flowing into the shops are repaired in house. Although the aviation recession and post-Sept. 11 air transport crisis have subtracted a few names from the customer list, new business has emerged. Officials expect "slight growth" in the current fiscal year (April 1, 2002-March 31, 2003), despite a forecast decline in worldwide MRO revenues of 10 to 20 percent this year.

Tough times also have increased price pressure on MROs. In response, AFI aims to reduce avionics repair turnaround time by an ambitious 50 percent. The physical layout at its Charles de Gaulle and Villeneuve-le-Roi sites will enable AFI to reach this target, the company says.

While AFI has made fewer acquisitions in the last 12 months than its chief rival, Lufthansa Technik, the French company this year bought Hangxin Avionics, an independent avionics overhaul and repair firm located in Guangzhou and Harbin. The Chinese firm specializes in Boeing equipment and reportedly owns 15 percent of the avionics component market.

AFI also has partnered with Delta Air Lines and with the component repair giant, AAR. The AFI/AAR subsidiary, Spairwise, supports the North and Central American A320 market. AFI and AAR also support Boeing 737 NG aircraft in Europe, including three for Air Astana.

AFI’s focus on newer aircraft types in the last few years has helped to insulate it from the accelerating retirement of older Boeing 737s and 747s. "During the last five years we’ve moved support from older aircraft types to new aircraft types such as the B777, the Airbus 330 and the A340-500/600," Delile says.

But it is also a major player with B777s. Air France operates the largest B777 fleet in Europe: 25 triple-sevens and 10 more on order. Within a year or two AFI "intends to be a world leader in component support for this aircraft," says Delile. It’s already signed an agreement with Boeing to provide worldwide support, including avionics components.

AFI can offer per-flight-hour component repair and logistics support services to airlines purchasing B777s, Delile says. Like the industry, AFI is evolving toward this model.

"AFI has moved from a pure repair business 10 years ago to a service business," he explains. "We’ll arrange repairs, but also financing, engineering support and logistics services on a very customized, case-by-case basis." A reorganization in 2002 integrated logistics management more closely with repair and maintenance.

AFI primarily focuses on flight-hour contracts, five, seven or 10 years in length, Delile says. "We try to set up long-term relationships with aircraft OEMs [original equipment manufacturers] that we do not directly compete with." In pursuing external airline business, AFI has some undisputed advantages over avionics OEMs, such as detailed operations feedback, he maintains. Traditional time-and-materials repairs comprise only 10 percent of third-party work.

"Some big OEMs are willing to support an increased range of aircraft components," but AFI, as part of an airline, "knows exactly how the components perform in the operation," Delile argues. "That’s where we make a difference. That’s where our added value is and where the customer benefit lies."

About 1,000 of AFI’s 10,000 employees focus on logistics and components work, including about 300 in the avionics shops. In the component area, which covers everything from cockpit computers to aircraft toilets, AFI performs 55 percent of its work on Air France aircraft and 45 percent on third-party airlines, says Delile. In 2001 it performed 80,000 component repairs in house and shipped 20,000 to OEMs.

The challenge with avionics is that, "on the one hand, expected reliability is high, but on the other hand, parts fail," Delile says. You have to have one or two units on hand to support a fleet, but these components are extremely expensive.

"So that’s why achieving high performance and turnaround time makes the difference. You may need only one component instead of two because you’re doing better on repair."

AFI is trying to reduce turnaround time from receipt to shipment, including processing time, from about 10 to 12 days to five days. The company offers an Internet order placement service, known as AFI Services, to contracted customers, further reducing logistics time and costs.

Air France Industries employs about 300 avionics technicians at two sites in the Paris area and one in Manchester, UK. Repairs dominate the avionics workload, but there is also maintenance, modification and certification activity.

Component repair activity at Orly is scheduled to move to the new site at Villeneuve-le-Roi by April 2004. The layout at Villeneuve-le-Roi will locate support services units, such as logistics and parts storage, close to repair shops to minimize the movements of parts and personnel, says Jean-Paul Deleporte, who is responsible for engineering at AFI’s avionics maintenance shops. The object is to reduce turnaround time from 10 to 12 days down to five days.

The CDG plant, dedicated to newer avionics systems, will expand from 2,000 to 4,000 square meters (21,530 to 43,040 square feet) by December 2003 in order to handle next-generation Boeing 777 avionics, such as the AIMS-2 integrated avionics system, and additional A340 support. AFI expects to move from three to six ATEC Series 6s (the latest EADS automatic test equipment, or ATE) by 2006, according to Deleporte. Ten employees already are fully dedicated to test program set development and maintenance.

At CDG, likewise, AFI is increasing efficiency. The battery and emergency power unit shops are being brought together with the other shops, for example. And production managers will be located closer to the units they monitor, a move that will be repeated at the Villeneuve-le-Roi site.

AFI opened its logistics center in Manchester in 1999 with British partner, AMP, to support the UK MyTravel fleet. AFI engineers at Manchester help to screen misdiagnosed equipment–"no-fault-founds." The site employs an ATEC 5000 general-purpose tester, which supports A320s. AFI plans to extend ATE coverage to include A330s and A340s by year-end. It may expand the Manchester operation to support other UK airlines.

AFI: At a Glance 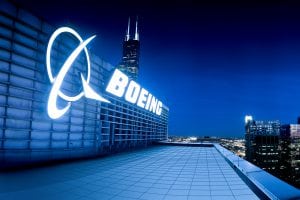