What a difference a Volpe National Transportation Systems Center study makes. When this U.S. government organization submitted its study of GPS vulnerabilities to the Department of Transportation (DoT) in early September 2001–followed immediately by the 9/11 disaster–it initiated an industry-wide reality check regarding satnav’s role.Recent proof of that fact was evident at the Navigation Architecture Industry Day, held May 7 and sponsored by Mitre Corp.’s Center for Advanced Aviation System Development (CAASD). The event’s primary purpose was to determine what mix of terrestrial navaids the Federal Aviation Administration (FAA) should maintain to serve as a backup, should GPS service become disrupted. The industry day, which was to provide a thorough overview of navaid alternatives and seek input from National Airspace (NAS) users, represents part of a process launched by DoT Secretary Norman Mineta. He announced on March 7, 2002, that DoT will implement an action plan to maintain adequate navaid backup.

The action plan’s purpose is to "develop a navigation infrastructure roadmap for the future," proclaims a DoT release. It is to "ensure that GPS fulfills its potential as a key element of the nation’s transportation infrastructure [and] that the vulnerabilities identified in the [Volpe Center] report do not affect the safety and security of our transportation system." The plan’s recommendations, which are due to Secretary Mineta in December 2002, will be integrated into future editions of the Federal Radionavigation Plan.

A prime consideration in FAA is to assess navaid technology alternatives in the context of costs to both the agency and aircraft operators. "We’re conducting studies and simulations to determine the best mix [of navaids]," says Michael Harrison, program director for FAA’s Architecture and Systems Engineering. These activities will help in preparing an initial draft of recommendations, scheduled to be complete in August. Modeling of coverage for backup options have been completed and results were presented at the industry day. Simulations are scheduled at FAA’s Technical Center near Atlantic City, N.J., to determine the effect of GPS outages, both while an aircraft is en route and in the terminal area.

Many of you no doubt remember when FAA’s intent was to establish GPS as the "sole means" of air navigation in the United States. It made sense at the time because using and maintaining a single navaid certanly would be efficient. But sole means GPS "is no longer a part of our vocabulary," says an FAA official. And the navaid mix the agency is getting ready to propose certainly is not as efficient as sole means GPS, though it almost certainly will improve safety. Generally, here is what FAA is proposing:

All DMEs would be retained, to the advantage of aircraft equipped with flight management systems (FMS). Some additional low-altitude coverage near airports may be recommended.

A minimum operating network of VORs would be maintained, in which an aircraft flying over the continental U.S. would be no more than 75 miles from a VOR. All VORs would be retained in the mountainous, western U.S. to assure that pilots won’t have to climb into icing conditions for an uninterrupted signal. Should the GPS signal be disrupted, according to Harrison, the pilots who rely on VOR for navigation would not be able use area navigation (RNAV) but would be able to "fly VOR to VOR." Designated VORs would support landing, should there be a loss of the GPS signal.

Airports would retain at least one ILS, and all runways with Cat II and III ILS would keep their systems. This provides a precision backup in the event of interference to GPS and provides transition as the GPS-based Local Area Augmentation System (LAAS) is delivered. "We may install some ILS systems, but probably not many," says Harrison. Future needs for precision approaches could be provided by either GPS/WAAS, GPS/LAAS or ILS, depending on the timing. For Department of Defense air operations, TACAN and ILS must be maintained, he adds.

In special areas, such as Alaska and Gulf of Mexico, long-range, non-directional radio beacons (NDBs) would be kept. These provide pilots a means to navigate until they are within range of a VOR.

LPV, which uses the GPS Wide Area Augmentation System (WAAS) to improve lateral and vertical navigation (LNAV/VNAV), would be advanced in 2003 to affirm the near-term instrument approach benefits of WAAS. LPV is a refinement of LNAV/VNAV that takes advantage of GPS/WAAS precision and reduces the size of the approach surfaces, opening up more runways to 250-foot ceiling and three-quarter mile visibility minimums, according to Harrison.

FAA still is investigating Loran-C’s role in the NAS (see story, page 29) and will submit its findings to DoT later this year. A lot was discussed during the Navigation Architecture Industry Day, in which more than a dozen presentations were delivered by about an equal number of speakers. I suggest everyone involved in air operations in the United States–pilots, air traffic controllers, manufacturers and aircraft owners–keep posted on the DoT action plan’s progress. You can start _by reading the industry day presentations on the Mitre/CAASD Web site: www.caasd.org/comm/conferences.html. 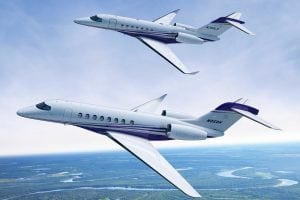