The most difficult avionics design task is making equipment for operation in outer space. The equipment must provide 100 percent reliability under harsh environmental conditions and where repair usually is impossible. While some snicker when something goes wrong on a space project, I remain amazed that anything works in that environment. Early satellites and the Voyager and Apollo spacecraft were particularly astonishing in view of the limited technology available then. This is not science for the faint of heart.

Critical in space is the absence of a protective atmosphere surrounding electronic equipment. Left in an unprotected vacuum far from Earth, equipment is pounded by radiation and prey to transient electromagnetic fields of enormous energy, as the space platform passes through the effects of solar flares, which we see on Earth as distant auroral activity.

Gravity usually is missing in space vehicles, affecting many systems. Also, there is the risk of impact by high-energy microscopic debris traveling at 25,000 miles per hour. Most lubricants cannot survive in this environment, which also stresses many metals and plastics to the point of failure.

The Kelvin scale best expresses temperatures in space, as the dynamic range is large. Zero degrees Celsius (the freezing point of water), or 32 degrees Fahrenheit, equals 273 degrees Kelvin. Zero degrees Kelvin is absolute zero, where atomic motion ceases. This is as cold as it gets.

The background temperature of the universe, such as deep interstellar space, is about 2.7 degrees Kelvin. This pittance of heat comes from microwave radiation, thought to be a remnant of the original "big bang." Vehicles from Earth gain radiation from a close star and a higher temperature because of energy absorbed from the sun. Objects not directly heated by a star, but subjected to the general galactic background radiation, reach 5 degrees Kelvin.

In Earth’s orbit, a system that is both a good absorber and good emitter of energy will reach thermal equilibrium at about 7 degrees Celsius, or 280 degrees Kelvin, if the equipment generates no energy of its own. However, astronauts and electronic systems generate considerable heat and have difficulty removing it, so the temperature may get much hotter. Without atmosphere, heat will not transfer by convection, as no convenient gas molecules exist to absorb this energy and move it away from the object. Only cooling by radiation or through the ejection of heated material (gas, steam, etc.) is possible in a vacuum.

Like the moon, the surfaces of orbiting satellites facing the sun will heat while those away from the sun will cool. Only the energy that travels between a system’s parts by conduction will equalize these extremes. Removing absorbed heat from equipment in space is a difficult task and may require a multistage approach with conduction, exchangers and even ejection systems like those used on the Space Shuttle.

Thermal extremes also mean severe mechanical expansion and contraction shock to everything from connectors and attachments to the seals on integrated circuits and components. And, in a vacuum, outgassing will occur in elements ranging from circuit board laminates to elastomeric seals. Pressures will suddenly exist in reverse on anything sealed with trapped gas. Chemicals will evaporate into the vacuum from flexible and sealing materials, changing their mechanical characteristics. Basically, a host of small, low-level processes will constantly alter materials and their characteristics, usually to the detriment of the overall space system.

Avionics systems in space also are subjected to a wide range of radiation, including infrared and visible light, ultraviolet (which, without atmospheric protection, is ionizing), X-ray and gamma radiation, galactic cosmic rays (GCR–the general term for particles and emissions from all external space sources, excluding the sun), and an ongoing stream of protons from the sun. During solar flares and coronal mass ejections, the sun emits high-energy protons that can be lethal to both astronauts and avionics systems.

It’s no accident that most Shuttle missions are close to the Earth, to provide as much protection as possible from these different radiation events.

Ionizing radiation alters the atomic structure of the atoms it strikes and can be fatal to organisms and electronics. (It breaks electrons free, changing a material’s subatomic structure and chemical nature.) Electronic devices, especially integrated circuits and memory components, are sensitive to these high-energy particles.

Ionizing radiation also disrupts radio frequency (RF) communications and seriously affects system noise levels. These radiation events also may be linked to strong electromagnetic fields caused by the interaction of the Earth and energy from the sun. This, in turn, can cause catastrophic, electromagnetic pulse (EMP) situations, resulting in partial or total system failure.

Galactic cosmic rays host high-energy particles from all over the universe and have highly energetic ions of heavy elements, such as iron. In a collision with matter, these GCRs produce highly ionizing effects. They also can cause "single-event" processes and system latch-up, or execution failure, in microelectronic systems. Shielding from this type of radiation is not practical, so scientists and engineers accept it as an ongoing operational problem.

Radiation-hardened components can be built, but systems, especially common memory and logic cells, are intrinsically susceptible to ionizing radiation. Stopping ionizing radiation damage is difficult; thus, spaceborne computers are at serious risk of unpredictable failures, either momentary or permanent.

GCR radiation also limits how long astronauts can remain in space, especially how long they can be exposed while working outside the spacecraft. Many satellites are deployed in low orbits and in angles designed to impede, as much as possible, this energy stream from the sun. But blocking this energy or shielding equipment from it completely is impossible.

Unquestionably, the men and women who have developed systems for the Space Age are responsible for the most advanced engineering Earth has produced. And I am not referring just to Tang or Teflon. 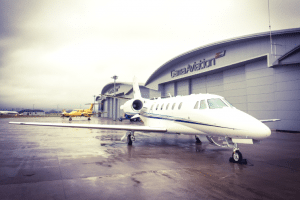 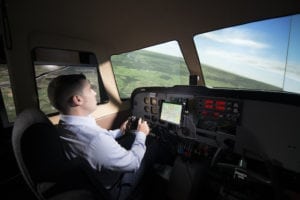