At first glance, lighted pushbutton switches so critical to aircraft operation appear not to have changed much over the years. But if you open the cap or look at the body, it becomes obvious how much they have improved.

The retrofit and upgrade markets, incidentally, are showing strength for new switches, according to Aerospace Optics’ West. "A big program coming up is the C-130 AMP, and it will use LED switches."

The operational life of LED switches also has expanded, thanks to lower current levels, resulting from the trend toward digital aircraft systems. At low current levels, a switch may last five times longer than before, says Dan Sugg, vice president of sales at StacoSwitch. Eaton claims its switch contacts can handle low-current (milliamps) and high-current (up to 8 amps) applications, although a switch that has been used with high current should not be transferred to a low-current application.

Switches have progressed in other ways, as well. Devices using crimped wire terminations have become popular, making servicing faster and easier. "Upgrades can be done more quickly in the field because you don’t need any power," Sugg explains.

Airplanes are using fewer, total, switches because of modular switch panels and glass cockpit displays with bezel-mounted buttons. Switch array panels can combine static indicators, alternate-action and momentary-action switches, individually repairable and replaceable, Eaton’s Hart says. As a result, individual devices can be quite compact: one-half the length, one-third the physical volume, and one-half the number of parts of a conventional switch. But there are still a lot of discretes on new aircraft, offering good tactile response, Bakker says. "If [pilots] need to take an action, they know they’ve done it."

Keyboard-type switches are becoming more popular with the increased use of flight management systems, which require pilots to input data and make queries. These keyboards have to be replaced as a unit, Sugg says.

On the materials front, Korry last year introduced a one-piece, all-plastic switch for Honeywell’s Primus Epic avionics suite, aimed at the Cessna Sovereign, Gulfstream GV-SP and Raytheon Hawker Horizon. (Usually the switch body is metal.) The part has been subjected to full environmental testing, including shock, moisture and humidity.

Electronically and optically controlled switches–although not new–are gaining greater acceptance. This approach eliminates the wear associated with the physical contact of two surfaces and avoids contact contamination. But concerns exist about the use of electronic circuits to "interpret" pilot commands, magnetic issues in the cockpit, and cost. Airbus, for example, has said that for certain types of primary systems, the company will continue to rely on electromechanical switches, according to Eaton.

Still on the frontier are "smart" switches that can be programmed to display several messages, rather than one "printed" message. Korry helped pioneer the technology, upgrading the venerable B-52 bomber with programmable switches in the early 1990s. "If you have 75 switches in a plane, there are probably 50 part numbers," Bakker says. With programmable switches, however, a plane "theoretically [could get down to] one part number," reducing the logistics tail. Unfortunately, hidden costs are hard to capture and the technology’s price is still too high for widespread adoption. 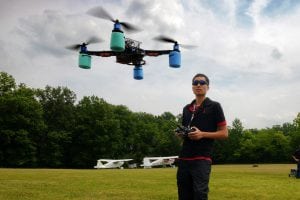