Brewer began his career in the avionics industry in 1957 in an engineering apprenticeship program, and then accepted a position in field engineering in support of both civil and military operators. In 1965, he transferred to North America and was responsible for setting up and managing his company’s first avionics repair facility in North America, in New York. He transitioned that facility to a new location in 1969 and subsequently opened two additional support facilities for his company. He has held positions in product support engineering, quality, customer support and reliability.

Dees began his career in avionics in 1971 as a U.S. Navy technician. After leaving the Navy in 1977, he joined Piper Aircraft where he held a variety of positions. In 1991 he joined his current employer as manager-product support, responsible for seven field engineers. He is now director-customer support and engineering services, and directs a staff of more than 40 personnel.

Adelson, former electronics officer in the U.S. Air Force, recently retired as head of ARINC’s Industry Activities Division, after 23 years with the company. Adelson is a graduate of MIT and has held various technical management positions at Martin Marietta, Chrysler and Hughes Aircraft.

For more about these awards, visit www.arinc.com/amc.

Page Aerospace Inc.: Hayre, VP of Sales
Page Aerospace Inc. has promoted Jiwan Hayre to vice president of sales. In this position, he will lead the activities of the sales team in the Americas. Prior to joining Page in July 2000, Jiwan held numerous management and design positions during his nine years with The Boeing Co. For further information, visit www.pageaerospace.com.

Rockwell Collins: New Officials
Pat A. Zerbe has been promoted to director, strategic communications, at Rockwell Collins. She has worked at the company in public relations since 1998, following14 years in corporate communications at Raytheon Aircraft. Zerbe will manage Collins’ advertising, collateral and trade-show activities. 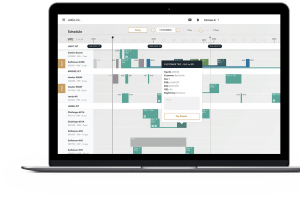