Air traffic controllers, spending their days staring at screens, know the importance of clear, easy-to-read images. Screen makers know that, too, and seek to offer better clarity in their products–which is why BarcoView announced Isis last September.

Careful thought went into Isis, as well as into the product’s name. Isis, a popular goddess in ancient Egypt, was, among other things, the deity of navigators. Also, ancient Egyptians believed that the square tunnels in their pyramids would allow the deceased to view objects in the night sky. The pyramid bases are square, as well–and so is BarcoView’s Isis screen.

Air traffic authorities require screens of least 20-by-20-inches for image density. This results in a minimum character size of 2.5 mm at more than 100 dots per inch (dpi). Thus, the images and characters are easily read at the standard screen/eye distance of 23 inches (60 cm).

Isis is said to be about three times brighter than the cathode ray tubes (CRTs) used by controllers. The LCD gives off no flicker and no unwanted radiation (X-rays). Although the LCD’s viewing angle is less than that of a CRT, users find no problem with Isis, BarcoView claims.

Study of the LCD’s advantages over CRTs continues. Along with the U.S. Federal Aviation Administration (FAA), Germany’s Deutsche Flugsicherung (DFS), Eurocontrol, the UK’s National Air Traffic Services (NATS), and other agencies, BarcoView is launching a study to measure and quantify eye/brain system fatigue. The company believes controllers may be able to work up to 50% longer with Isis before requiring a break.

Isis already has been viewed by about 30 FAA, and 50 DFS, Eurocontrol and NATS controllers. Up to 100 people have spent half a day working with the display.

Both Digital and Analog

Maelfeyt says he is pleased with the reactions to Isis and claims the company paid considerable attention to human/machine interface (HMI) issues. "For example," he adds, "the contrast between the screen and the surrounding scene needs to be right, to keep eye/brain fatigue to a minimum." Isis is much brighter then CRTs, so the room lighting can be brighter–in fact, bright enough for ATC control tower applications where full daylight exists.

The new screen can be used with both analog and digital air traffic control working positions. Its automatic phase adjust (APA) feature assures that it works with an analog input without showing unwanted artifacts. The APA also makes sure that the illumination of each pixel does not stray onto neighboring pixels, which would cause smearing and other unwanted effects.

Isis was designed to include low-heat generation, low maintenance, back-light redundancy (if one backlight fails, the remaining three make the screen readable), and ease of backlight replacement–features to reduce the screen’s life cycle costs. The low-weight, low-depth design is intended to make the screen easy to install.

In parallel with Isis’ introduction, BarcoView announced last September an exclusive agreement with Korea’s Samsung to produce 28-inch (71-cm) 2K-by-2K LCDs for ATC applications. Samsung is capable of producing large screens, and thus its work with BarcoView was fundamental to the development of Isis.

Here is what controllers don’t want to see on their screens: 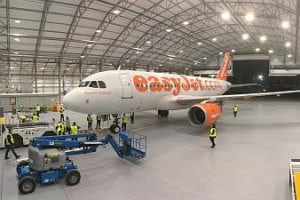 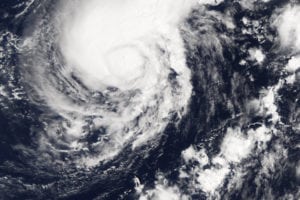 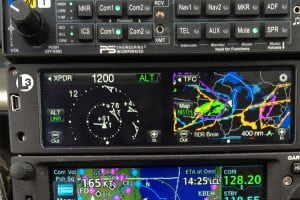