There are rules for how to use these things. I see a lot of use of the word "intuitive" applied to FMS products on the market today. But what is intuitive to one person might be confounding to another.

FMS, or flight management system, implementations require study, training, and applied experience to tap the wealth of opportunities that lie hidden within the "box." Anyone who believes that novices can be turned into FMS experts with a few days of training are guilty of self delusion.

In the early 1980’s I flew the L-1011 airliner as flight engineer. I monitored the state of the aircraft systems, read checklists, did the walk arounds, and generally knew the Pilots’ Reference Manual backwards and forwards. I worked for my captain, and my job included doing just about anything that he wanted.

When the first rudimentary FMS implementations were installed on the jet, my job usually included explaining the technical specifications to the rest of the crew. The reason that this was required was because the airline managers and the U.S. Federal Aviation Administration’s (FAA’s) POI (principal operations inspector) at that time had agreed that pilots could be paper-trained and turned loose to "...really learn it on the line."

This kind of thinking still shows up now and then in the Industry. It is just as wrong-headed and simplistic now as it was then. (It is my bias that you really get what you pay for only if you are very lucky, and that better training pays off in gold when the Sierra has already hit the fan and it’s just the crew, the machine, and disaster staring each other in the eye.)

The L-1011 was my first "modern" jet. There was no way that I was going to let a new piece of equipment installed on my jet get the better of me. I spent a lot of time studying the pages of the FMS–and it paid off. I talked many old-timers into trying the system–guys flying captain on the biggest jet in the fleet, getting paid the most money out of all of us, and enjoying their final few years before retirement. They put up with the pup trying to tell them what the machine could do, and they discovered that it could do a lot if they let it. Some guys told me to "...just pull those three circuit breakers and let’s not bother with the damn FMS." Other guys ate the system up.

Today’s FMS equipment makes that stuff from 20 years ago look like it came from the Stone Age. The funny thing is that I still can hold captain on the L-1011. It is too bad that the last one goes to the boneyard late next year. The end of an era.

Flight management systems are virtual books, with many chapters. And each chapter has lots of pages. The pages break down into paragraphs–bite-size bits of information and directions that the pilots can use to command the aircraft to perform and accomplish. To use the FMS efficiently, the pilot has to understand it, chapter and verse.

Each flight starts with "initializing" the FMS–in other words, telling the box where it really is. The box can easily be confused. If the aircraft has been moved without power on the system, the box might think that it is still at the hangar, the old gate, or some remote position. Some boxes use inertial reference units (IRUs) to create a sense of place within the FMS. Boxes that have GPS sensors usually know, more or less, exactly where they are. But they still require initializing so that all systems get on the same page.

Next, the crewman needs to input the flight plan. In this case, you go to the "Route" page and type in the ICAO designator for the airport or origin and the destination airport. Inputting international routes can be tricky, as some airports are not quite "intuitive" in designation. For example, Mexico City, Mexico, should intuitively be MMEX. But, it isn’t. It is MMMX.

The FMS will try to help you by not accepting an obviously incorrect input. However, a not-so-obvious incorrect input might create a situation in which you discover after programming the system that your last leg segment is really long and an "insufficient fuel" FMS message is displayed. That means the FMS is telling you that a glitch exists somewhere in the route. Your job is to find and fix it.

To do so, check the "Progress" page. The distance to destination computation is a clue. If it displays a wrong distance when you compare it to your paper flight plan, you probably have a waypoint problem. Check the "Legs" page for the incorrect input. This conformance check is only one of many that adroit practitioners of the FMS art use to error trap the automation.

The "Performance" pages are where some of the real operational savings are found. You can program least cost climb, cruise, and descent profiles; create takeoff and approach performance computations, and independently monitor fuel usage statistics throughout the flight. Interactive FMS systems allow the Performance page to share data with the Climb, Cruise, Descent and Approach pages.

The FMS concept originally was designed to bring area navigation performance to the aircraft. This freed the aircraft from the straight-jacket requirements of established navaids navigation and allowed them to utilize point-to-point routing. That was the theory.

In fact, the air traffic service provider, the FAA, rarely allowed the freer flight opportunities that the FMS generated for random routes. The reason: the need to provide sequencing of aircraft to airports mandated that predictability be procedurally forced onto the air traffic system.

But there is room for improvement–first, to eliminate little mistakes that at 2.5 to 8.5 miles per minute can quickly bring big consequences. Getting the pilots to do it right the first time is the challenge of the avionics designers and human factors specialists.

In terms of FMS efficiency, the greatest need is in the terminal area–the place where pilots must keep their eyes out of the cockpit, looking for traffic. The FMS can become a luring nuisance, sucking the crew’s attention away from the real world and down to the control display units.

What is the solution? One solution might be to design an FMS with voice recognition and command software. Let the pilot speak to the machine rather than type to it. Let the machine speak to the crew. Give it a synthetic voice. These attributes alone will help us use the technology more efficiently. Think about trying to type in turbulence. By building an affordable FMS that listens to the pilot, the world will beat a path to your door. 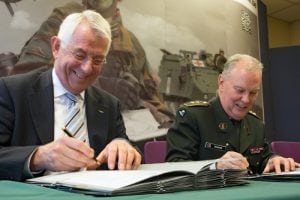 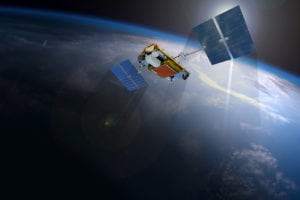 Cover Story: Before the Storm