Safety in Avionics: The Risk of Resetting Circuit Breakers

The single most "proliferated" item of the electrical system in a modern cockpit is the circuit breaker. Sometimes known as circuit protection devices (CPDs), a moniker that literally denotes their function, breakers line the cockpit’s walls and ceiling. AC or DC, ganged, multi- or single-pole, they control, monitor and protect everything electrical and electronic, from the lowliest indicator to whole busses, relays and load centers. An essential feature in electrical systems since the beginning of the Electrical Age, these phalanxes of breakers mark an airplane’s first line of defense against electrical fires and systemic meltdowns.

When a breaker trips, re-energize at your peril. At least, this is the operative philosophy in the latest guidance on the issue of resetting circuit breakers. "There is a latent danger in resetting CBs (circuit breakers) tripped by an unknown cause, because the tripped condition is a signal that something may be wrong in the related circuit," advises the U.S. Federal Aviation Administration (FAA) with bland understatement.

The guidance is contained in a Flight Standards Information Bulletin for Airworthiness (FSAW 00-08A) published Aug. 21, titled Resetting Tripped Circuit Breakers. The FSAW does provide a bit of color commentary as to the consequences of resetting a tripped breaker: "Smoke, burned wires, electrical odors, arcing, and loss of related aircraft systems have been reported as a result of resetting tripped CB’s." More specifically, the bulletin hints that resetting a fuel system breaker could result in an explosion (see sidebar).

The bulletin apparently responds to a Feb. 18, 2000, request from the Air Line Pilots Association (ALPA) for the FAA to issue a clear policy on resetting tripped circuit breakers. In his letter to Tom McSweeny, FAA director of regulation and certification, Capt. Paul McCarthy, ALPA’s executive air safety chairman, cited the variance among operators on how to deal with tripped breakers. "Most pilots are taught that the ‘proper procedure’ is to allow a cooling period, generally one to three minutes, then reset the breaker," McCarthy wrote.

In fact, McCarthy added, there is a pernicious belief among many pilots that tripped breakers are a relatively benign, if not common, event, and that there is little hazard in resetting a tripped breaker. However, under the old aphorism that "power feeds a fire," resetting a tripped circuit breaker can lead to serious, if not catastrophic, results.

The new policy advises, "A tripped CB should not be reset in flight unless doing so is consistent with explicit procedures specified in the...operating manual or...in the judgment of the captain, resetting the CB is necessary for the safe completion of the flight." The new policy also encourages logbook write-ups, "including a description of the exact condition when the trip occurred, when the CB was reset, and the results..."

This record-keeping feature, too, was sought by ALPA to help fill holes in the database about in-flight electrical events.

First Officer Jim Shaw, chairman of ALPA’s in-flight fire project, applauded the new bulletin. "We are satisfied with the response," he said. "It’s a vehicle to get something done quickly. The regulatory process would have taken much longer."

"Interwoven in all this are certification concerns," Shaw added. "If an aircraft was certified with a specific resetting procedure, the wording of the bulletin allows some ‘wiggle room’ for that." The language obviates the need for an analysis of every certified aircraft for compliance with the bulletin. This course, Shaw explained, "would have taken a much longer period of time and delayed positive action."

"The FAA has assured us that it will track compliance with the bulletin aggressively. We hope to see some stronger compliance language in the future," he surmised.

In this respect, the FAA’s latest guidance continues a practice of regulation by policy, not policy based on regulation. Yet, without question, First Officer Shaw would be the first to challenge an alleged violation filed against him on anything but an FAA regulation based on law. Indeed, the latest FAA word on resetting CB’s continues a long history of policy pronouncements on this subject that do not rise to the level of regulatory action.

Previous guidance from the FAA on the subject dates back to a 1988 advisory circular (AC No. 25.1357-1), which warned about the potential fire hazard created by resetting tripped breakers. "Therefore," the AC intoned, "designs should not require resetting or replacing CPD’s (circuit protection devices) in flight to cope with any failure condition, except as part of an approved fault clearing and isolation procedure."

Significantly, this guidance did not include a more aggressive policy proposed in an internal October 1986 FAA memorandum, sent from the Aircraft Certification Division to the Safety Programs Division: "Airplane flight manuals should state in an explicit manner that the crew should make no more than one attempt to reset a tripped circuit breaker, and then only if the affected system or equipment performs functions essential for continued safe flight and landing, or for the crew to cope with adverse operating conditions."

The FAA’s most recent previous guidance to the industry on the subject of resetting tripped breakers was a 1991 advisory circular (AC No. 25-16), which specifically discouraged resetting breakers on circuits with aromatic polyimide (Kapton) wiring:

"...(S)ervice experience of aromatic polyimide insulation, as presently constructed, documents a failure mode called ‘insulation flashover’ where conduction at insulation breakdown areas has damaged or destroyed the wire bundle...Arcing on wire insulation, or ‘arc tracking,’ can result from electrolytic contamination of wire having insulation cracks or cuts that expose the conductor. It can also result from chafing damage that reduces the dielectric strength of dry insulation. Each successive attempt to restore an automatically disconnected CPD can result in progressively worse effects from arc tracking." (Emphasis added.)

The new FSAW continues the advisory nature of the FAA’s guidance. It falls short of establishing policy supported by the full weight and imprimatur of regulatory action. It does not require persons to enter CB reset procedures into their manuals, etc. Rather, it encourages them. Read carefully the wording of Paragraph 5, ACTION: "Principal Operations Inspectors (POI), Principal Avionics Inspectors (PAI), and Principal Maintenance Inspectors (PMI) shall ensure that their assigned operators conduct a review of their operating and maintenance manuals to ensure the contents adequately address resetting tripped CBs. Inspectors shall strongly recommend that operating maintenance, and airplane ground servicing personnel manuals, as well as training programs, contain company policies and explicit procedures regarding resetting tripped CB’s, both in-flight and on-the-ground." (Emphasis added.)

The words "strongly recommend" fall short of the higher standard, "will require."

A more forceful process comes to mind. A policy based on regulation, rather than regulation by policy, would have introduced the "don’t reset circuit breakers" issue as a Transport Category Airworthiness Directive (AD). This course would have required the policy to be placed in the FAA-approved airplane flight and operations manuals. AD’s are regulations, carrying the full authority of U.S. Code Part 49, Subtitle VII, Aviation Programs, Subpart III, Safety.

Yes, the regulatory process probably would have taken longer. But, if resetting circuit breakers is a demonstrable no-no for all but flight critical systems needed to get the airplane on the ground in a hurry, consider the impact of a mandate with the force of regulation. POIs, PAIs and PMIs would have something with teeth to demand compliance rather than toothless guidance to plead.

Don’t Get Blown Up

(The advice below appears to be a result of the TWA Flight 800 investigation involving the fatal 1996 explosion of the center wing tank on a B747-100.)

"Special caution is appropriate where fuel pumps and/or FQIS (fuel quantity indicating system) are involved, because of the possibility that arcing could lead to ignition of fuel or fuel vapors. The FAA has issued airworthiness directives (AD) affecting certain airplane makes and models that: (1) prohibit the resetting of fuel boost pump CB’s in flight, and (2) prohibit resetting a fuel boost pump while the airplane is on the ground without first identifying the source of the electrical fault. Because of similar arcing potential, resetting FQIS CB’s should be likewise restricted." 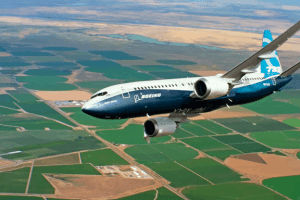 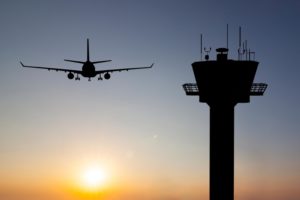